This May I celebrate my 54th anniversary of being in the international financial business.

My arrival in Hong Kong in May 1968 taught me so many lessons that I wrote about a problem that has been brewing, fermenting and growing ever since, for all 54 of these years.  That was my first book, “Passport to To International Profit”. 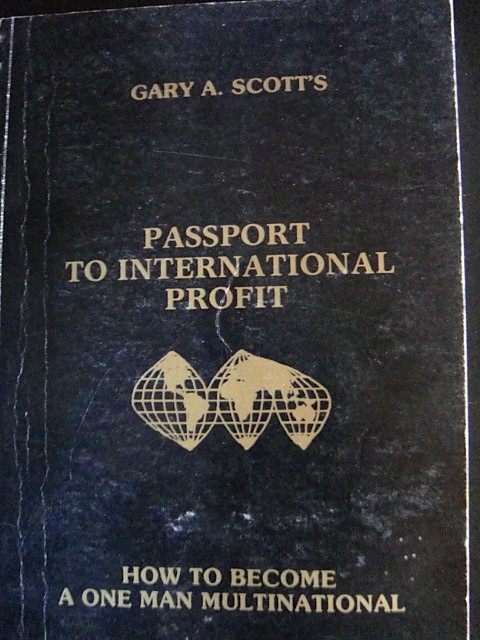 One chapter in the book published in the 1970s was about the “Concept Conversion Trick” and how it creates the “Soil Defense Syndrome”.

Here is an excerpt from that chapter:

“The Concept Conversion Trick begins when people agree on a good concept for working and living together.  The people go to work and if the concept is good they will create a paradise.  The government gives them a flag and a song. Then the government pulls the trick.  The government convinces the people that the flag and song are important.  Then while the people are busy watching the flag and singing the song, the government replaces the concept with a set of ever increasing written rules and regulations administered by bureaucrats and backed up by a police force.

“This trick trades people’s individual freedoms for a shiver up the spine when the song is played the piece of cloth is waved.  The Concept Conversion Trick turns spirit into matter.  Like trading love for a beautiful plastic doll.  When the trick has been pulled and the dust settles, the people realize too late what has happened. Anyone who steps out of line is called unpatriotic or even criminal.  He is swatted down by the bureaucracy or police force, crushed with overwhelming power or made an example of so others will tow the mark ‘for the good of society’. All this is done in the name of public interest.”

If this writing sounds prophetic, having been written almost 50 years ago, it was not.

A simple review of any previous great society shows that this trick was part of its evolution.

Like the Roman Empire, things may get better for a while, then worse and then better again.  In the long term, as societies age, they lose their original vibrancy and life.

Should we be surprised?  Does not every single thing in this universal existence develop in the same way, vibrant and flexible while young and growing thicker and more brittle with age?

That’s why I chose to make the first of my many books available at Amazon.com about natural health care. There are few things that can rob us of our freedom, destroy our wealth and imprison us faster than the US health care system. That’s why I have published “Shamanic Health Secrets f Ecuador at Amazon.com. It’s free to Kindle Unlimited readers.