Dear reader, you have not been hearing much from me as I’m busy writing my second novel, the 64th Symphony.

I hope when it is done, you’ll read it. To entice you and as an introduction I am making my first, the “65th Octave” available to you FREE. 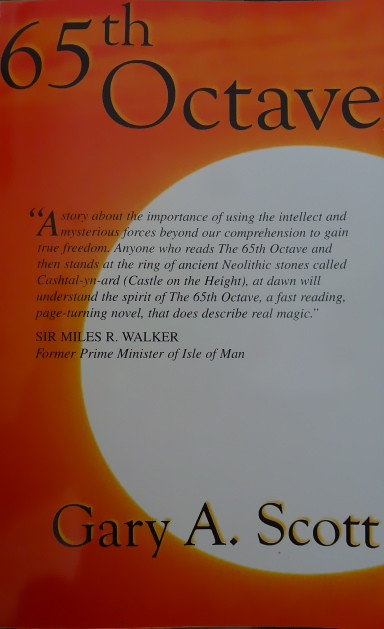 In my first decades of global investment research I unearthed five golden investments that were among the century’s best. Some readers made millions. Yet a haunting question gnawed at me. Information I gave delegates was the same, yet some investors earned fortunes, others made only a little and some lost!

“What was the difference between those who won and failed?” This haunted me. Finding the answer became an obsession! I reviewed thousands of economic experiences, talked to portfolio managers globally, even trekked jungles, through deserts and climbed high mountains to ask economic questions of wise men, Christian ministers, Incan Yatchaks, Andean Shamans, African missionaries, Hindu pundits in India, Sufi masters of Baghdad and Buddhist Llamas from Brazil.

“I have written what I have learned into a novel, “The 65th Octave” so the process of understanding abundance and affluence be entertaining! I have threaded pieces of my research and years of experience into a fast paced story so readers learn ways to fill their day-to-day business and investment activity with greater success, deeper social meaning and fulfillment without trying.”

The 65th Octave, is an economic-thriller with a spiritual thriller twist. Robin MacAllen, is a global consultant who lives in Florida and protects big banks and big investors from scams. His friend who stumbles upon an unbelievable con in England is kidnapped.

MacAllen travels from Florida’s Everglades to a mysterious Celtic Isle and into the heart of England’s mystic lands to help.

The story takes a spiritual twist. MacAllen is attacked by invisible, mystic forces and enlists two Seminole Medicine Women, Talking and Silent Panther to fend off the attacks. They reveal an ancient cult, 65 controllers secretly taking over the world, cornering gold, money and political power.

Beset by metaphysical attacks and chased by Florida’s most corrupt sheriff, Jimmy Ray Burnett, Robin learns Golden words to beat the controllers and liberate his friend. This exciting, story entertains as it contains deep economic and spiritual wisdom derived from my financial background and from ancient mystic texts.