Is the world ruled by a conspiracy?

During the Covid-19 pandemic, conspiracy theories have been abound. Many believe that the crisis was engineered by rich and powerful individuals to create a new world order and allow a few to be Controllers who rule the world behind the scenes and take over increasingly large parts of the global wealth.

My fifty plus years of of global living, investing and business lead me to believe that no one person or small group is clever enough – or wicked enough – to initiate and sustain that type of control on a global scale.  There are too many factors, unintended consequences and variables.

Plus those evil enough to plot this way are too corrupt and dishonest to maintain a hierarchy to administer so much corruption.

It has always seemed to me that instead we are victims of many, many smaller conspiracies – not one well-thought-out plot.  Leaders of businesses, governments, medicine, education and in almost every walk of life,  each have their own nest to feather and aim at creating beliefs that shared by millions.  Then they exploit their spin, even though this may be far from the common good.

Take the Sackler family who owned Purdue Pharma who introduced the time-released version of oxycodone in 1995. That pill generated around $3 billion annually in profits mainly from the sales of OxyContin.

And why not have hidden agendas?

The Sacklers were finally called to task, but according to an article at NPR.org “The Sacklers, Who Made Billions From OxyContin, Win Immunity From Opioid Lawsuits” (1) the end penalty was a slap on the wrist.

The article explains: The deal grants “releases” from liability for harm caused by OxyContin and other opioids to the Sacklers, hundreds of their associates, as well as their remaining empire of companies and trusts.

In return, they have agreed to pay roughly $4.3 billion, while also forfeiting ownership of Purdue Pharma.

The Sacklers, who admit no wrongdoing and who by their own reckoning earned more than $10 billion from opioid sales, will remain one of the wealthiest families in the world.

There are simply millions of predators like who distort reality for their own hidden agendas. 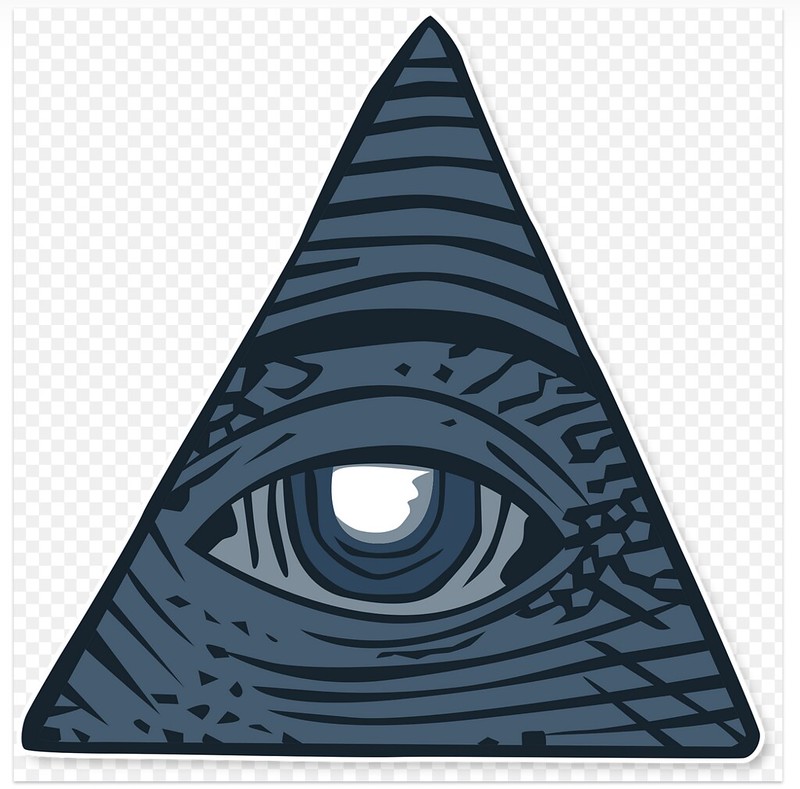 I gave another example in my 2017 report “Live Anywhere-Earn Everywhere”  when I wrote about how the Monsanto-Bayer merger allowed three companies to use spin to take control of almost three-fourths of the world’s food supply.

That report says: The mergers would mean that three companies would dominate the commercial agricultural seeds and chemicals sector, down from six – Syngenta, Bayer, BASF, Dow, Monsanto and DuPont. Prior to the mergers, these six firms controlled 60 per cent of commercial seed and more than 75 per cent of agrochemical markets.

There are many examples of why we should be skeptical of big business supported by government.
The power of a good democracy requires a continual stress between the public (middle class for example: You and me, big business and big brother.) That tension is good when it stops any one of the forces from becoming too dominant.

When government and big business join their forces, democracy is diminished. The public, aka You and me, loses trust.

In an example, beyond Bayer and Monsanto’s spin, it was recently discovered that in the 1960s the sugar industry paid scientists to obscure the link between sugar and heart disease. They were paid to magnify the risks of saturated fat as the problem instead.

A trade organization called the Sugar Research Foundation gave Harvard scientists the equivalent of $50,000 to distort research on sugar, fat and heart disease. The study published in the New England Journal of Medicine, minimized the link between sugar and heart health and focused on saturated fat.

One of the scientists became the head of nutrition at the United States Department of Agriculture where he was involved in drafting the federal government’s dietary guidelines.

For 50 years, millions of people have been led in a false dietary direction by this integration of Big Business and Big Brother.

Prof. Yuval Noah Harari, a historian, philosopher, and the bestselling author of Sapiens: A Brief History of Humankind, Homo Deus: A Brief History of Tomorrow, 21 Lessons for the 21st Century, and Sapiens: A Graphic History, agrees with me.   His books have sold over 30 Million copies in 60 languages, and he is considered one of the world’s most influential public intellectuals today.

Harari wrote: As a historian, I’m sceptical about conspiracy theories because the world is far too complicated to be managed by a few billionaires drinking scotch behind some closed doors. But I do think that the voters are correct in sensing that they’re really losing power. And in reaction, they give the system an angry kick.

How can we protect against these Controllers?

I believe in a good way to answer this question and recommend the book “Power vs. Force” by David Hawkins, M.D., Ph.D. This was given to me long ago by my long time friend, Dr. Joe Spano.  I wrote about it in 2003.

Global conditions lead me to believe that it’s good for me to remind readers about the power in this book now.

Hawkins (the author) has heavy duty credentials with his degrees, a medical practice that had a 1000 new patients a year, 2000 outpatients, 50 therapists and 25 office suites. Plus he has been featured on the MacNeil/Lehrer News Hour, Barbara Walters and Today Show as well as co authoring a book about this information (Orthomolecular Psychiatry) with Nobelist Linus Pauling.

Hawkins shows a way to test information for truth. Some things that seem totally crazy, we later find are true. Yet daily truths we have lived by are continually defrocked.  This book tells me that there is a better way to see reality.

The first question, are there controllers around the globe really organized in a conspiracy to dominate the world?

Second, if so, who is in charge?

Third, if controllers are not in a conspiracy, who are individual controllers?

Fourth, how can we prove any of this?

Fifth, do we need to prove any of this?

Sixth, what can we do to defend ourselves from the controllers’ tactics?

Seventh, is there any other way to take advantage of what we learn?

Harari has something to say about these questions also.

Understanding power versus force helps us gain access to enormous power that all of us can enjoy in every walk of life.

Imagine what it would be like to have an answer that you knew was true to any question you wished to ask! Picture knowing when an advertiser was lying or telling the truth. Envision what it could mean if you could tell when a politician meant what he said. Visualize the benefits of knowing when your doctor was correct or not.

You will gain all this from understanding power versus force and more.

Let’s begin by looking at Controllers in Medicine. Then we learn a way to spot truth from fiction. We end with an introduction to power patterns. 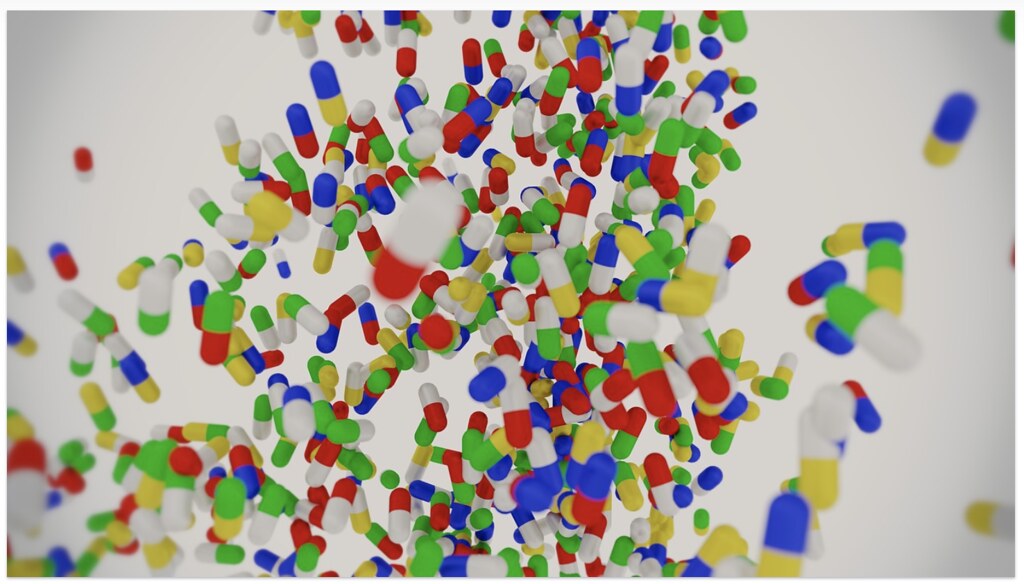 Why is the modern world drowning in pills?

A reader once sent me this letter, which suggests that there are some Controllers in the field of medicine. Here is what he wrote:

“Gary, Here is some research about the current move by multi-national drug companies to get control of the vitamin industry. This doctor’s web site links to the main issues affecting the health industry and how we can prevent it being choked by existing dinosaurs which now need to slip into the past. That refers to most of today’s transnational corporations and politicians who have not grown beyond a local and limited vision of Life, yet harbor global ambition.”

That site contained some very emotive thoughts on what big pharma is doing.  His statement could get one excited about the goodness of vitamins and to believe that drug companies are bad.

But there were no facts at that site.

Plus how do we know that the doctor’s credentials were even true? Even if he presented facts, how much could we even trust them?

I did agree with that website but, even so, how do I know that our mutual opinions are correct?

There are many people, also with exquisite credentials, who would argue that the vitamin industry are the Controllers!

“Power vs. Force” by David Hawkins, M.D., Ph.D gives us a powerful method of determining truth.. The book makes the huge promise that it will give a totally effective way to determine if we are being misled. We can use what this book to learn when someone is trying to control. 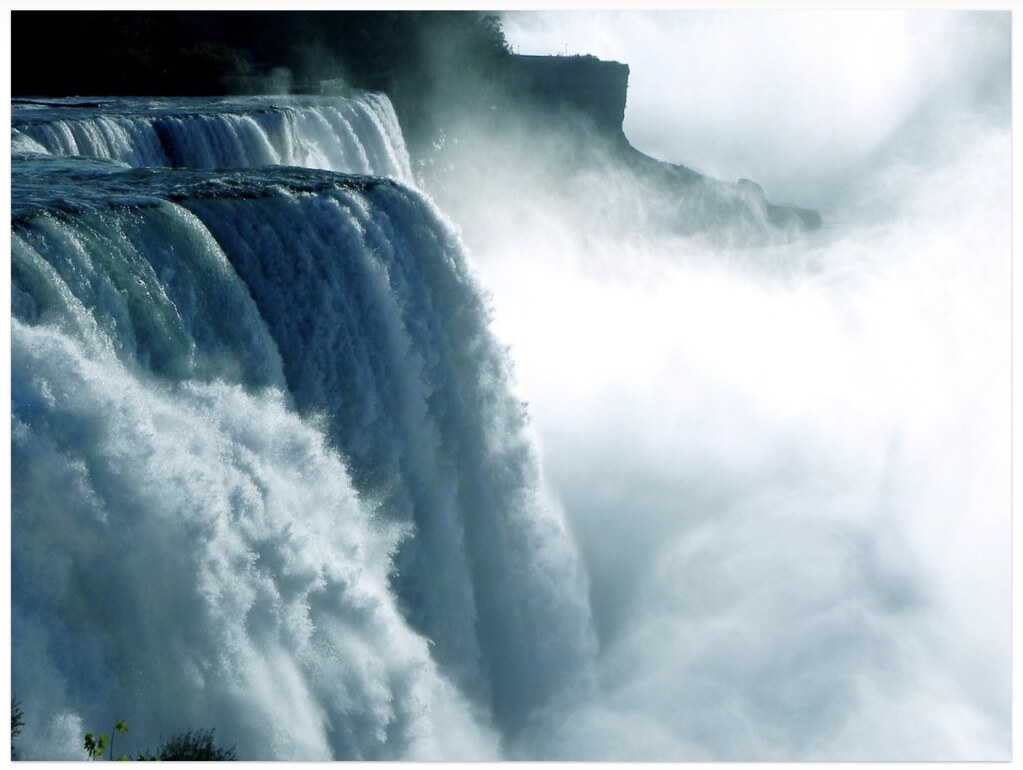 Here are several key points in this book:

#1: Power arises from meaning and does not move. Power is a field (like gravity) and has to do with motive and supports all life. Force moves and automatically creates a counter force.

#2: Power is complete and requires nothing from outside. Force is incomplete and must continually be fed outside force.

#3: Power consumes nothing and energizes, gives forth, supplies and supports. Force has an insatiable appetite and constantly consumes. 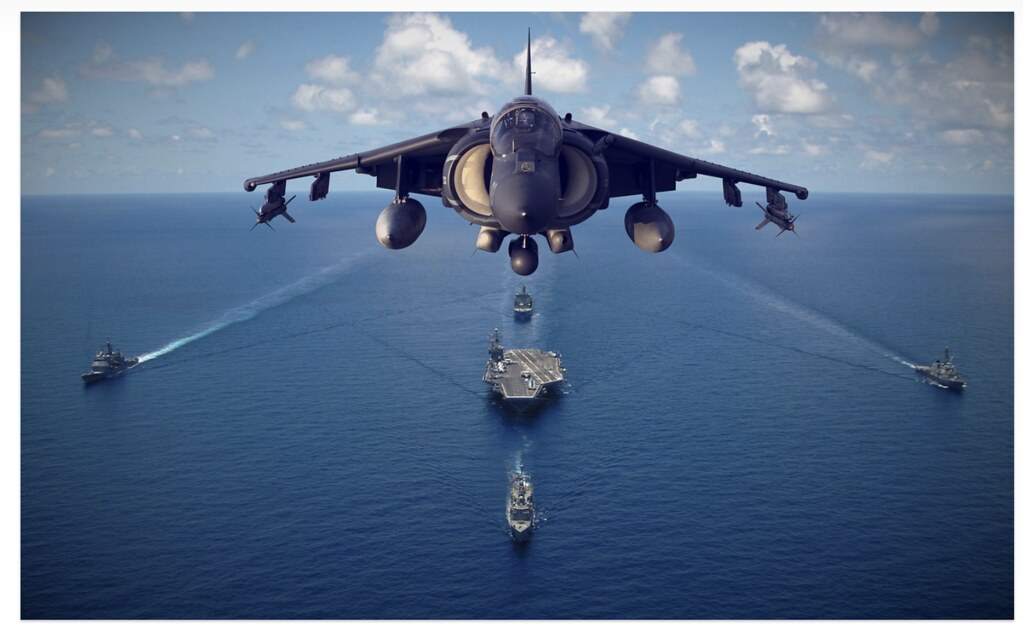 When we look at this, we can see that George Lucas really made a mistake in Star Wars. His Jedi Knights should have said “May the Power be with You!” We can also begin to see the fallacy of the comment that the President of the United States is the most powerful man on earth. He may be a very forceful person, but events have shown that his actions have created plenty of counter force.

There is another point about power that can help us see that these Controlers are not united but are struggling against one another.

Force is applied to symptoms. Power works on the most underlying problem. This point helps us see that both of the two viewpoints above (drugs and vitamins) are solutions to symptoms. The real problem is exercise, diet and pollution.

For example, at our farm in North Carolina, there is a family cemetery and five of the headstones show that these people were aged 86, 91, 95. 100 and 115. This oldest lady, born in 1794 who died in 1909, probably never visited a hospital at all. Just think she spanned 3 centuries! These mountain people did not take vitamins and food supplements nor drugs. They ate food from vitalized soil, breathed clean air, ate pure food, drank pure water and had plenty of physical activity. They enjoyed life’s simple pleasures.

Understanding this alters the question of who is right and who is wrong (vitamins or drugs?) and points us to the real questions, “How do we choose to deal with the problems of our lifestyle?” We can use drugs, vitamins or exercise, better environmental habits etc. Or perhaps a combination.

This simple understanding shows us the first way to spot controllers. Look to see if their message addresses a real problem or just deals with a symptom!

We can also look at “Power Attitudes”. The universe is full of high and low energy patterns.

Normally we have to learn about these patterns through trial and error. Fortunately David Hawkins has tested hundreds of patterns. Just seeing and understanding the difference between high and low energy patterns can help us dramatically understand and combat controllers.

Here are seven high and matching low energy patterns to start and their correlations.

This is only the tip of the iceberg of power that can help unveil truth.  Take travel for example.  There is power in travel and bringing people together in love and cooperative effort. 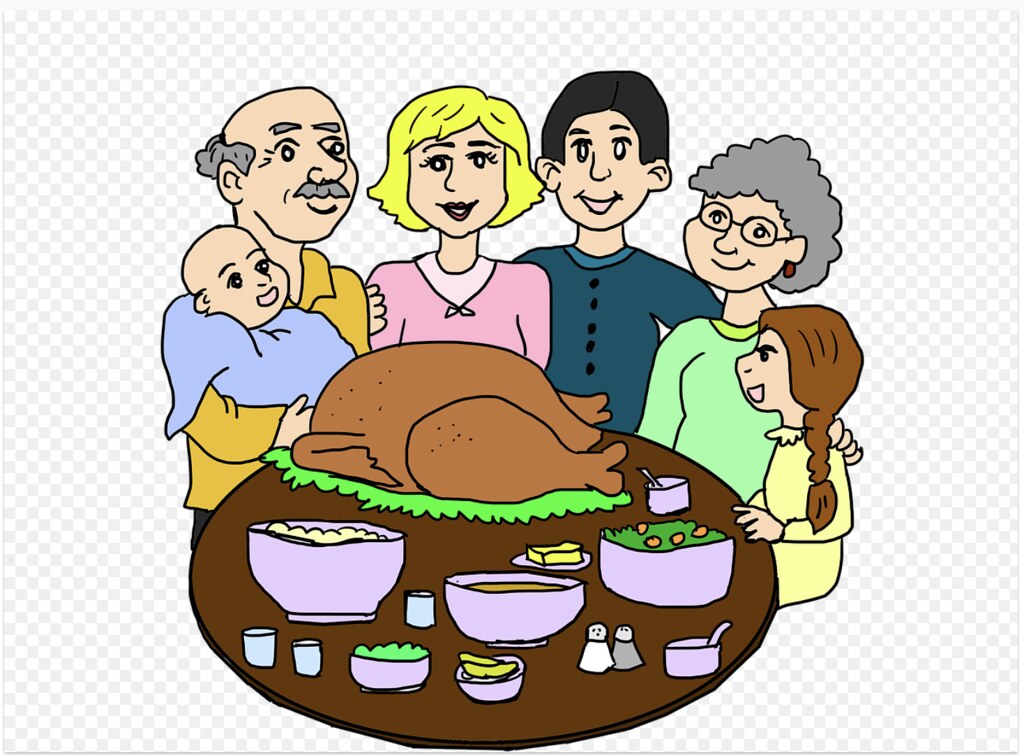 Yet many forces provide obstacles, difficulties and delays.

These ideas about real power can give you power to filter the flood of information that we have to swim through every day.  When faced with the question, “Is this true?”  “Should I believe?”

Look for the power or the force.  Truth is powerful lasting and beautiful,.  Force is not. 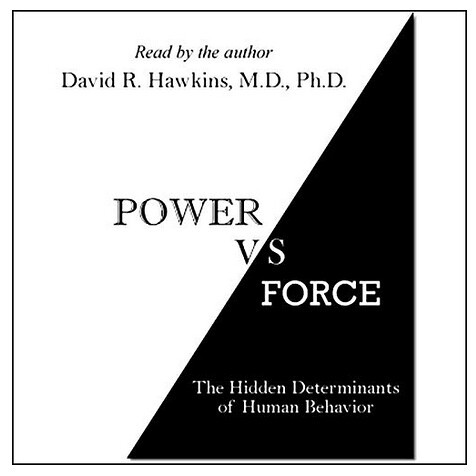 Power Vs. Force is available at Amazon.com on Kindle, paperback, hardback, audio book or audio disk.