The Power in Auctions

Here’s a way to cash in on Smalltown USA.

The last message at this site, “How I made an Extra Million Dollars… Twice and You Can Too“, raised a question about how to find good property. Auctions can be an excellent way to find good deals.

For example decades ago when we conducted Isle of Man real estate tours, I came across a developer who had renovated a batch of old beach houses with incredible sea views.  He was auctioning them for less than $20,000 each and even accepting credit card down payments.

I knew this was an incredible value, planned to buy one, but took tour delegates to look.  They bought out the project.  I did not mind at all.  There was still plenty of Manx property and I had some happy readers.  The price of those properties rose into the high six figures over the next decade.  Some of the readers still subscribe 30 years later. 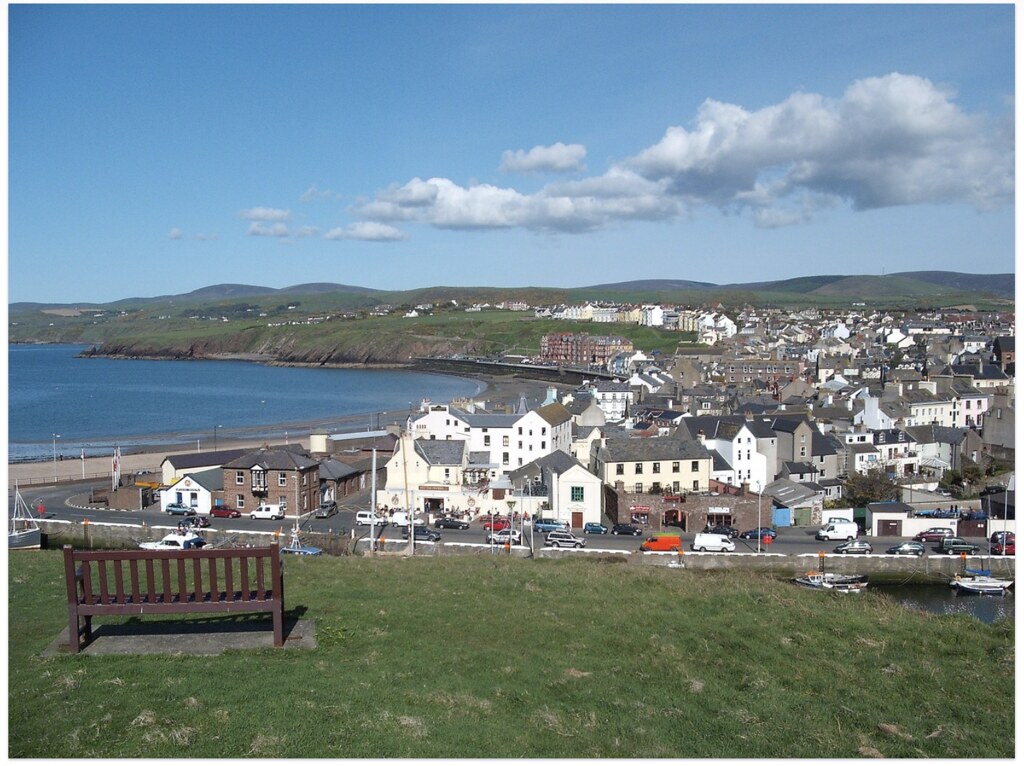 I had a similar situation at a beautiful ocean view development in Ecuador.  Readers bought them all. 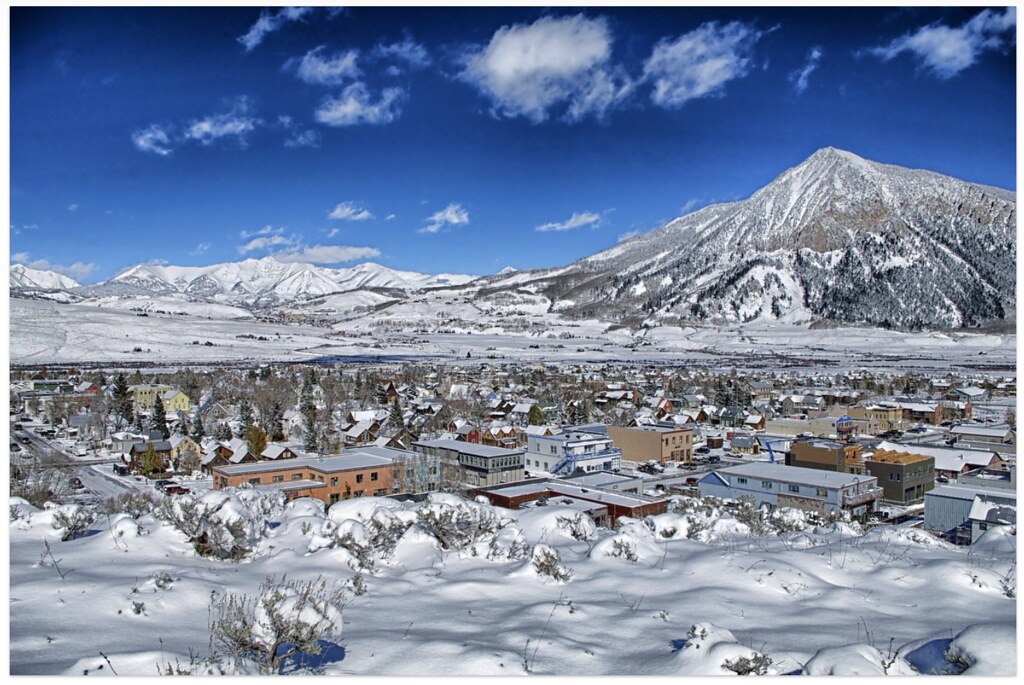 Decades ago, (even before we developed a web site) one of my printed newsletters told readers about a real estate auction in Crested Butte, Colorado. The story revealed that a Savings & Loan had repossessed a number of condos near a ski lift in Crested Butte Colorado.  I mentioned I was bidding $50,000 for one of these units myself.

My readers outbid me, bought them all and racked up huge profits!
Again I did not mind a bit.  I’m happy any time I can share good investing ideas with readers. This has created a loyalty over many years that is worth more than any profit on a real estate deal.

I received a note about that auction from a reader who who wrote: Hello Gary, I have written you a few times on different topics (and attended one of your Isle of Man seminars a few years back).  Let me tell you about my purchase in Crested Butte Colorado. I bought our first unit there at the Plaza after reading about the auction in your newsletter (in 1991).  I have since sold it as our family grew, and bought a new 4 bedroom townhouse, then a second after the first turned out so well. Then a 3 bedroom condo built by the same developer at another nearby property.

Prices in Crested Butte go up, plateau for a while, then go up a bit more until this year when (in case you hadn’t heard) the owners of the Okemo Vermont and Sunapee New Hampshire resorts bought the Crested Butte resort which due to lack of skiers and in turn lack of investment had fallen on hard times. Real estate prices jumped 20% the month before the deal was closed and most properties on the market were gobbled up.

Here’s another real estate auction I wrote about that brought huge profits.

I turned readers onto an auction where the auctioneer describes the house as: a French Country estate located at the top of a private ridge just minutes from downtown Boone and Blowing Rock. You are given the reality of being immersed in nature, while at the doorstep of all modern conveniences.

That property is in Wautauga county North Carolina, which had the 3rd highest price appreciation in the United States in the last year. 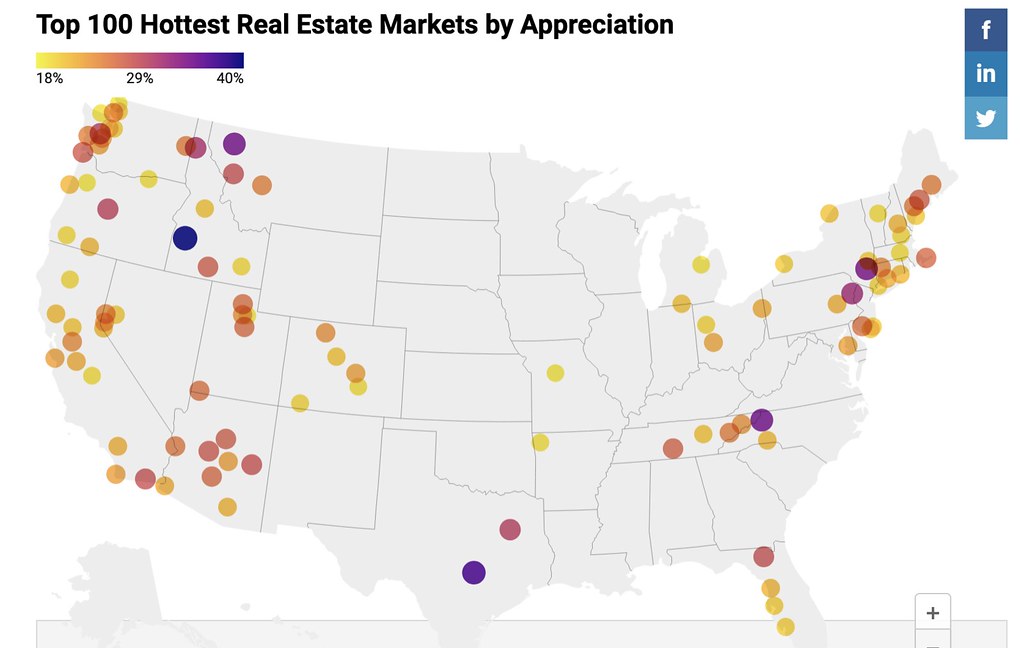 I am pleased that one of the counties I have recommended in my LAEE report adjoins the third fastest rising real estate market over the last year.  Boise Idaho rose an astounding 40.2%, Austin Texas screamed up 36.79% and Watauga (next to Ashe county) rose 34.5%.

However our main recommendation has been for real estate in Ashe County. Ashe County is next to Watauga county, but is more isolated and there are several distortions… that led me to believe that values are better in Ashe and to invest there.

First, prices in Ashe county are only a fraction of the county just south (Watauga).

Second, the location is good. Ashe sits almost equidistant from the north and south of the east coast of the United States . The largest, wealthiest migration in mankind’s history has taken place in the last decade into this area. Now one in six Americans live in a county that touches either the Atlantic or Gulf Coast . I am almost the same distance from our home in Mt Dora Florida and the northernmost parts of the U.S. in Maine.

Ashe is a big county with a land area of 426 square miles but has a small population, only 27,411 according to the census.  Prices have risen a lot since I invested, but growth has been slow.  Population was 25,702 a decade ago according to the Census Bureau.

This will change rapidly now due to a new freeway that has been under construction for over the last decade and is now complete.

We purchased land in Ashe county North Carolina and in Lake county Florida for the same reasons we began buying in London, in the 1970s, Isle of Man in the 1980s and Ecuador in the 1990s.  There is enormous value distortions compared to prices in property surrounding these counties.

There are currently two houses in Ashe county this October, both foreclosures, being offered at auction.com (2).  The lower cost one with an opening bid of $44,500 looks interesting to me.  I’m not sure I’ll have time to get up and check this one out.  Maybe you will. 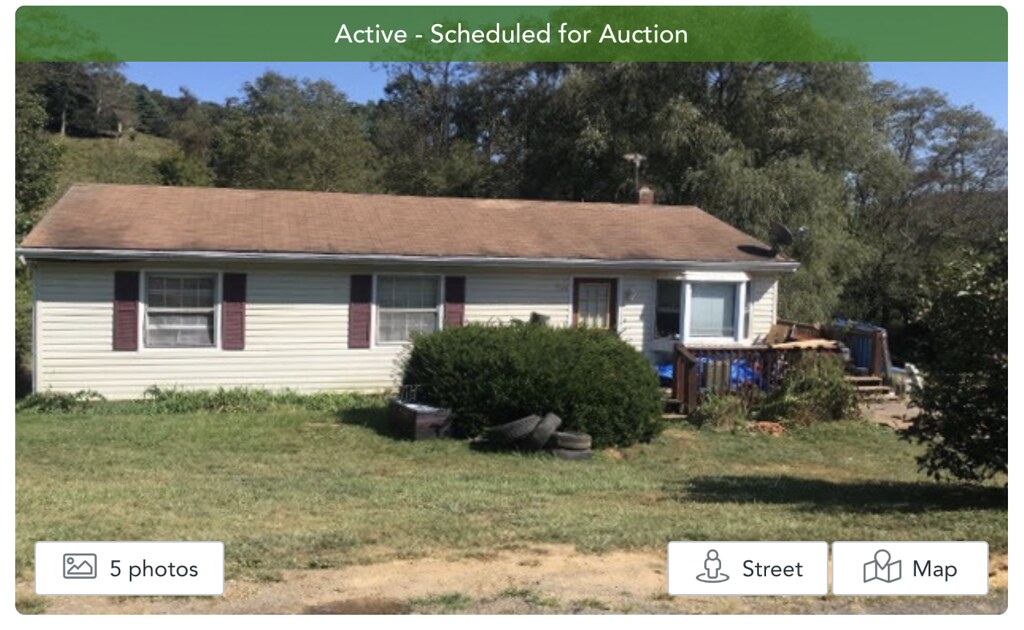 House being auctioned in Ashe County

If you want more details about real estate in Ashe county, the broker I have always used is Tim Parsons, owner of 21st Century Heritage Real Estate in West Jefferson (3).   Tim’s email is logs4u2004@yahoo.com

Over the past 53 years, I have helped readers create astounding profits, spotting contrasts, distortions and trends in global stock markets, overseas currencies (and their interest rates) and in real estate markets.

Before I begin extensive advertising for “The Neapolitan Effect” at $39.99, I would like to offer both the report “Live Anywhere-Earn Everywhere” (normally $39.99) and “The Neapolitan effect”  both for the price of one.  You save $39.99.