The Japanese economy and stock market were hotter than a fire cracker in the 1980s and into the early 1990s.   At one time it was estimated that the property just in Tokyo was worth more than all the property in all of California!

Then a bust followed and due to the Japanese government’s plan Japan’s economic growth has been downhill for nearly 30 years.

See the danger to the US economy because of this plan. 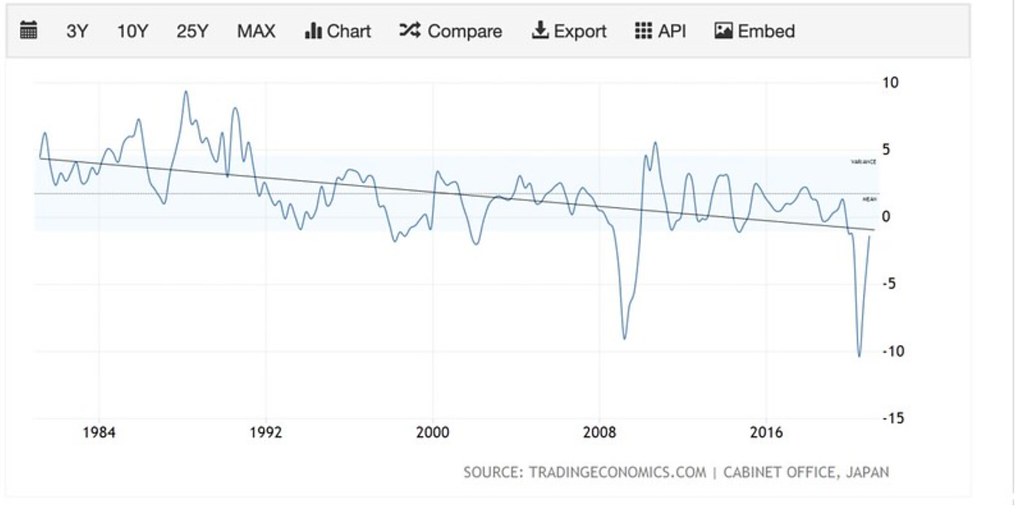 See the danger to the US economy because of this plan.