Spirit of the Wild Horse

The logo at our farm is the Wild Horse Spirit. 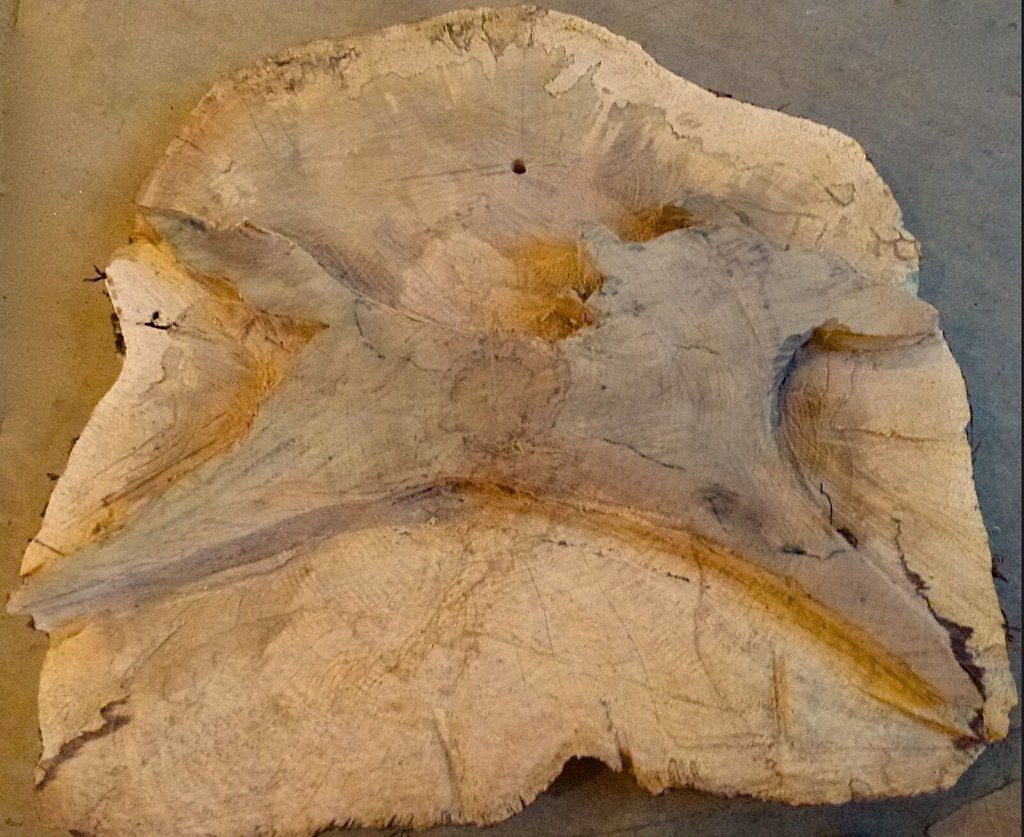 I carved this slice of maple and it sits at the farm’s entrance.

We chose this logo from one of our tipis, but it is the philosophy of this spirit that was the reason behind our choice.

Legend says that The Wild Horse Spirit lives in the spirit realm.  This horse appears as a flashing light in dreams.  As the dream traveler runs through your dreams he is seeking the most honorable and outrageous dreams to grant.  Flying on the stream of wisdom, yet acting on whims, he seeks an untamed dreamer to fly with him!

Here is an except from my recently published report “Live Anywhere, Earn Everywhere”.

Using your heart and the brain provides real traction so you don’t just jump from thing to thing based on how you feel.  Crank up your full brain capacity, by starting with how you feel.  Then apply your logic.  Stick to the basics.  Always look for good value.  Do not let fear OR greed tempt you to do something that does not feel right to you just because everyone else does.  Truth is not created by the continuous repetition of an error.  The majority of investors and businesses that start in most markets are wrong most of the time, so you cannot depend on following the masses.

Don’t be afraid to oppose the trends if that’s where your passions are.  Because Merri’s and my path of the past 30+ years has been so bizarre in many ways, let me share it to help you see how feeling leads to a logical filter and action.  Seeing our experiences may help you, whatever you do, wherever you go, and give you a better understanding of how to spot and adapt to change.

Looking for a purpose led us from a million dollar (plus) home into a tent.  Our home was just a few steps from the beach in Naples, Florida with a big upstairs study, front and back covered porches, kitchen, nine bedrooms and four baths.

We moved into a Coleman tent in the Blue Ridge and a tin roofed shack in the Andes.

Neither had electricity or running water.

I started unknowingly thinking about this when Merri and I lived in Naples.  We had earned a good income, more than we ever expected, and being fairly frugal were no longer concerned with day to day living costs.  We had been busy working (instead of spending) and we did it from our home (few overheads) without staff (even fewer overheads), so a lot of the money that floated by, stuck.  After a certain point, each extra dollar became more and more like the sixth cup of coffee in the morning.

Merri and I started to itch for something new.  Something had to be scratched, but we did not know what.  The itch grew yet remained unscratchable.  This resulted in a process many of our friends called “temporary insanity”.   Some friends went further and dropped the word temporary.

At that time we appeared to have a perfect life.  We owned that wonderful nine bedroom house in Old Naples, one of the most beautiful, perfect cities in the world.  We had our comfortable mountain cabin in North Carolina that sat deep in the forest on a rushing creek.  This was one of the most traditional areas to get away and recharge.  Plus to really get away we had a condo on a crescent beach in the Dominican Republic, where everything was different and worked outside the Western box of normalcy.  We traveled globally, getting to London several times a year.  Other cities regularly visited were Paris, Prague, Copenhagen, two or three Caribbean stops, all in the name of business, so they were mostly tax deductible trips.  Everything was paid for and profitable.  There were no mortgages, no losses, no debt.  Our children were grown, happy, healthy and doing well.

We had everything we had imagined and more, until it started… that itch.

I thought the itch began with me, but see now that it really was an outside force moving both Merri and me along.  We were like light bulbs thinking the light was ours.  This was first noted at the Victoria, Canada airport.  We had taken nearly a month off for a deep purification-meditation session with an Indian healer at his remote home on Salt Spring Island.  While there, this vague itch began to focus itself.  There was no big picture yet (this would take over a decade to resolve), just one tiny first step.  I realized we needed to sell our house in Naples and move on.  I say this was a tiny first step, but actually that was huge!  Merri and I loved that house.  We had no entanglements, no debt, no mortgages.

Our kids had scattered to the four winds.  Francesca was in Costa Rica; Cinda in Portland, Ele in London and Cheri and Jake with us in Naples.  When one is continually on the move and the family scattered, the grounding of family and home is important!  Our Florida home was perfectly located in the middle of Portland, London and Costa Rica.  Those nine bedrooms had worked just right, one for Merri and me, one for granny and one for each of the kids, plus two were our offices.

There was one more problem.  By selling our house, we had nowhere to go.  What would we do?  Live in a tent?

I should have asked this question before I scratched my itch in Victoria at the airport because this is where we did end up living!  Victoria Airport at that time had one of the lousiest cafeterias in the world.  I will never forget the incredibly 50s sandwich (perhaps that was when it was prepared).  I had little enthusiasm as I unwrapped it, but even less enthusiasm for the conversation I was about to begin.  Merri loved our house and Naples.  These were her roots for thirty years and I was about to ask her to rip them out.  She really loved the place.  “More than me,” I thought.  Yet the itch was growing.  I had to scratch!  “Merri”, I said, “I am going to say something and if you do not agree, let’s forget we even started the conversation.”  (I was creating lots of back doors for a quick exit on this one.)

“You think we should sell our house and move, don’t you?” she said.  “I have been feeling the same way and agree.  Let’s do it!”  Talk about drop jaw!  I was so astounded that I could not talk.  My face was so frozen I could not even think about eating that sandwich (this was not a bad thing).  I had never even hinted this subject to that moment unless I talked in my sleep!

The fact that we both arrived in Victoria with the same thinking, at the same time and totally agreed to something that was totally outlandish and illogical should have been the next clue.  But again, I remind you we were not looking.  We had no idea that anything was happening at all.  Besides we could never have figured this out.

“Well, that’s settled,” I happily thought, “a 30 second conversation in which we carefully thought through the fact that we are about to uproot what seems, the very essence of our lives, abandon our family, friends, home, career, just about everything.  Glad we spent plenty of time on that!”

Over the days, weeks and months that followed, we created a plan.  Clues encouraged us.  For example, Merri refused to tell our staff who helped in the house and gardens that we were selling.   She refused to have a sign out front.   I continued to tell her how wrong it was that we did not discuss this with those who had helped us for years.  But the very week before the house closed, they came and asked to speak to us.  They told us that finally they were able to get good jobs in their field (they were all teachers who had immigrated from Guatemala ) and they would do their best to help us when they could!  What a relief!  What a plan that the powers of be had for us!

Then our daughter moved out of town.

Then our son had a job promotion that took him to Atlanta.  None of the family was left.

We had sold our Dominican condo and the North Carolina cabin.  We had our house in Naples for sale and we were changing our entire way of life, but that Naples house would not sell.  The listing just sat there for sale and would not move.   Good thing too, because we did not have a new place to go.

We finally bought a farm in the Blue Ridge and also bought a 950+ acre hacienda Rosapamba deep in the Andes.  The second those sales went through, our house in Naples sold.  In fact, it sold too soon because neither the farm nor the hacienda had a house in which we could live.  We moved into a tent.  Does this seem strange, moving from a huge, nine bedroom house into a 80 square foot COLEMAN tent.   Merri and I felt strangely proud, though we still did not understand why. 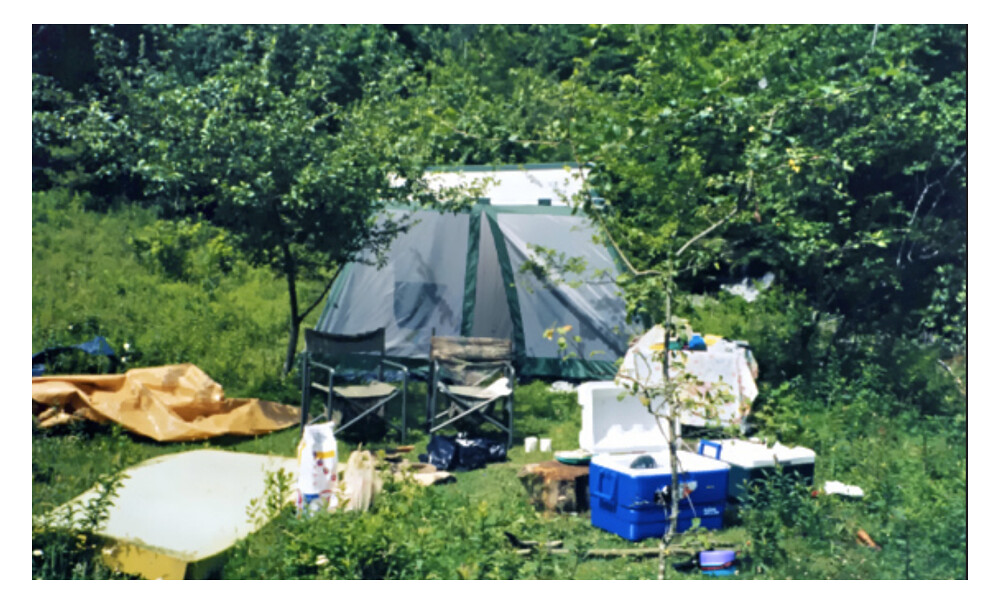 Our first home at our North Carolina farm.

The lead you follow should be satisfying and attractive to you.   Your nature is to seek sweet aromas, not run from bad smells.  We enjoyed every step along the way.  It also could be the same for you too.

The propelling drive behind these leads is your passion, not the desires of others.  Your friends and family may not understand the decisions you make.  When we moved into that tent, many of our friends and family probably began checking to see they could have us certified.  We began fixing an old Johnny Appleseed farm house and I continued to write what I am sure many readers said were, “strange things.”  There was no logic that we could see.  The moves were not related to making money, but our change led us to another fortune.  Every step we took was a most logical investing and business decision, that came in a most illogical way.

I am sharing these thoughts today because next week we in the US will be going through an election, where it appears that our choices are pretty bad.  So many of the readers I speak with start their comments on choosing President with, “actually I am not impressed with any of the candidates”.

Keep up your spirits.  Don’t let this meltdown of American politics stop you from having dreams and don’t stop pursuing them, no matter how wild.

← The Most Boring Value of Value Scrape Up Longevity →