The Hidden Lie in Economic News

Here is why we have to beware of economic news. 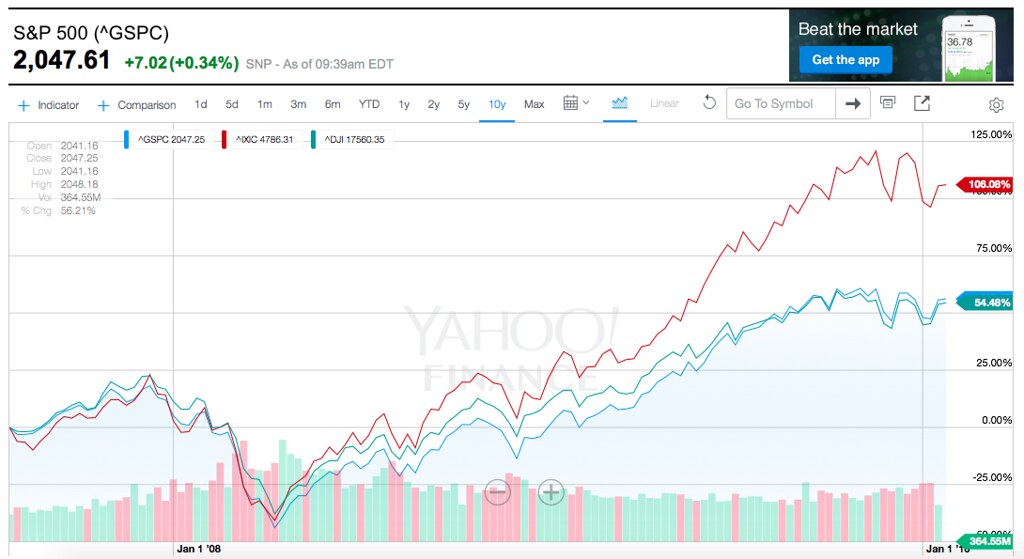 The article said: Just to put that into perspective, that’s nearly equal to the U.S. gross domestic product of $17 trillion.

How exciting!  These words and comparisons sound great.  However when examined a bit more closely, we can see that these thoughts are really misleading.  I do not think this is intentional, just the way the media works… selling what readers want to see.

First, the chart above shows that the S&P 500 and Dow have only risen about 54% in the last ten years.  NASDAQ is up about 106%.  With dividends, those numbers might be good, but not special in any way.  These figures still present a highly distorted picture.

Those modest ten year returns rely on one eight of the growth from just seven shares (out of thousands) that together generated $2 trillion of the last seven year’s growth.

Remove these shares and the bull market of the last seven years looks pretty grim.

Also, if we deduct the low interest on cash and bonds premium that has pushed US shares to very over priced levels, this third peak in the 16 year sideways Bear Market (from 2000 to 2016) would be closer to the peaks of 2000 and 2007. 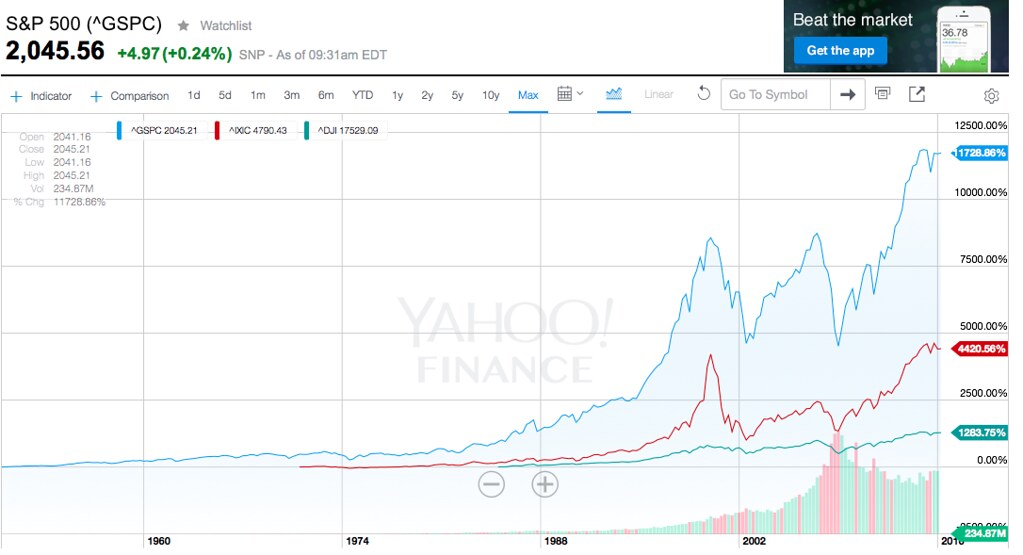 Publishers rely on economic news that sells more than they rely on news that informs what’s really important. Even accurate economic news often presents a misleading picture.  This is why financial news based on core business fundamentals such as price-to-book-value, price-to-earnings and dividend yield are better indicators to follow when seeking investments.

Mathematics might be boring, but mathematics are much more comparable and harder to misinterpret.  Numbers applied to value do not misinform.