Here are three unusual factors that can bring you unusual success.  Three legends reveal these factors. They are Winston Churchill, Warren Buffett and the Dalai lama.

The factors are unusual because the three men could not seem more different yet each is (was) preeminent and almost incomparable in their individual field.

Their endeavors have been totally different, one religion, others business and politics.  That’s unusual because the differences in their lifestyles seem completely apart.  One went to bed about the time another was rising.   One eats McDonald’s hamburgers and sells Colas while another is a vegetarian.  One of these men is celibate and doesn’t drink alcohol or use tobacco.  Another was famous for smoking huge cigars and his prodigious consumption of alcohol every day.

Yet all three used the same three factors to become the legends they are.   We too can use these unusual factors to attain unusual success.

These men have all used the same three factors to achieve vitality and success.  These factors brought them longevity as well.  Churchill lived and remained a member of Parliament to age 89.  Warren Buffet is 85 and still going strong. The Dalai Lama at age 80 remains inspirational and fully engaged.

What unusual factors do the Dalai Lama, Winston Churchill and Warren Buffett have in common?   First, without question, they shared success. They have been absolute, unquestionable leaders in their fields.  What factors brought them this?

These three titans came from such different fields, yes.  They lived very different lifestyles, yes.   The three factors they shared are the same:

The one especially important factor they all shared is commitment to personal freedom.

The Buddhist teachings exemplified by the Dalai Lama are based on freedom of choice.

Winston Churchill left the army to pursue a career in writing and politics. He chose to be free of  discipline and authority, and wanted to be independent.  He said “With nobody to give me orders or arouse me by bell or trumpet.”  Yet he created an even more strict daily schedule than the army gave him, a routine that he delighted in because he created it himself.

Warren Buffett is considered one of the world’s most successful investors, yet money is not his main goal.  His journey is the reward.  The money is simply a vehicle that brings freedom to design the life he wants to live.

These three behemoths also share an important adherence to routine.  Their routines are incredibly varied but the common factor is their huge commitment to routine.

Buffett is a creature of habit and spends about 80% of everyday reading.  He doesn’t spend his day reading because he has to. He designed it that way.

Churchill had a a seemingly bizarre routine with days that began at 8 am.  After a bath and shave he jumped back in bed and read papers for a couple of hours with a whiskey soda and cigar.  Once the newspapers were read he answered mail, dictated memoranda and greeted any visitors he wanted to see.   Then he worked on speeches and books until a 1:15 lunch.  He enjoyed an unrushed sumptuous lunch.  After the mid-day meal Churchill walked to the pond on his property, fed the ducks and swans and began a period of uninterrupted thought and reflection before either painting, reading, or listening to music.  At 3 pm he took at two hour nap.  5 pm was time to spend a couple of hours with his family.  At 7 pm he took a second bath pondering future speeches and writings before sitting down to a big dinner at 8:30.  At 11:00 pm, Churchill began his second uninterrupted work period, writing usually until 2 am, sometimes even 3 or 4 am.

The Dalai Lama on the other hand wakes around 3 am.  After a morning shower, he begins the day with prayers and meditation until 5 am. At 5 am he walks until breakfast is served at 5.30 am.  During breakfast, the BBC World News is played.  From 6 am to 9 am there is more meditation and prayers. Then at 9 am he studies  Buddhist texts and commentaries written by great Buddhist masters.  Lunch is at 11.30 am.   Office work is from 12.30 pm until 3.30 pm, when typically, interviews are scheduled.  At 5 pm a light evening tea is served before evening prayers and meditation. The Dalai Lama does not eat dinner and retires around 7 pm.

The routines of these great men differ in many respects, but there are aspects of their activity that are common.  First, each routine is based around the person.  They each created a routine that works for them.  Second, each routine has time for plenty of reading.  Before these men act, they intake a great deal of information.  Third, each devotes a great deal of time to focused contemplation.

When Churchill sat at the pond, he preferred solitude.  He would dismiss his servant and sit alone with his reflections.  When Buffett reads, he’s in the zone, closes the windows and shuts off everything.  He focuses entirely on what he’s reading at that moment. The Dalai Lama meditates 4 hours a day.

The common thread that binds these factors and created their greatness is their commitment to mastery.  The routine, the reading, the meditation, contemplation and focus are all integrated to gain mastery over their chosen path.

This is why I want to introduce you to to “Mastery”, I coauthored with Bob Gandt.

“Mastery” shows how to use unusual factors to gain unusual success.

A huge part of the Western population has lost the sweet dream of freedom and expectation of a better life.  Getting ahead has become an empty promise.   Millions have resigned themselves to a slow, insidious erosion in their lifestyle.

Our book, “Mastery” shows how to use the three unusual factors to create a mission plan for reclaiming the Western Dream.

“Mastery” debunks the myths that age, ability and economic stability are limiting.  Mastery shows how, at any age, under any circumstance, you can dramatically improve your health, fitness and life style.

“Mastery” shares how to use the three unusual factors to attain mastery over specifics such as how to:

* Travel the  world with a new zest for adventure.

* Write a book and see it published.

* Read 1000+words per minute and retain what you learn.

*  Expand the fulfillment and meaning in every part of your life.

I urge you to read Mastery and the other books below now. 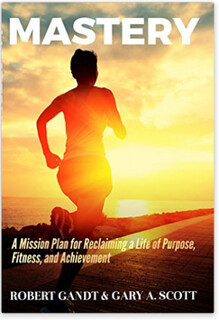 Here are other valuable books that can help learn how to make your life better using the three unusual factors. 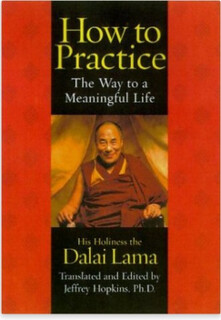 How to Practice a Meaningful Life Dalai Lama 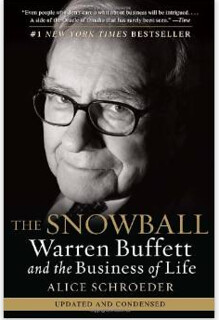 The Snowball: Warren Buffett and the Business of Life 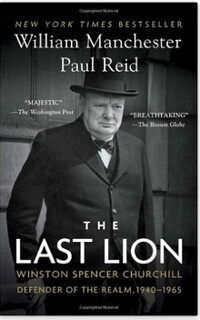 The Last Lion: Winston Spencer Churchill: Defender of the Realm, 1940-1965

You can order these books at Amazon.com

How to Practice a Meaningful Life Dalai Lama $13.99

The Snowball: Warren Buffett and the Business of Life $13.99