Why We Need Slow Investing

As the world speeds up, we need to slow down.  One typical lie is the promise of something so far in the future, that the liar won’t be around when the promise needs to be kept.  Governments and businesses have been lying this way for so long that they have created quite a rat race for those now stuck with keeping the promise.  The way to avoid this rat race is to get off the treadmill and take time to observe and create your own health, earning and savings strategy.

A Wall Street Journal article “Cracks Starting to Appear in Public Pensions’ Armor” (1) reminded me that we each need to find easy practical ways to care for ourselves.

This article caught my attention because my father worked for the city of Portland. He was a zoo keeper. 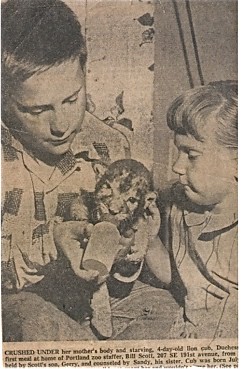 (Article from Oregonian about my sister and me raising a baby lion.  We loved dad’s job.  He brought many lions and tigers home for us to care for.  At ten years old, this was so cool.)

What a great occupation for your dad to have when you are a kid!  But this is now the remains at the zoo. 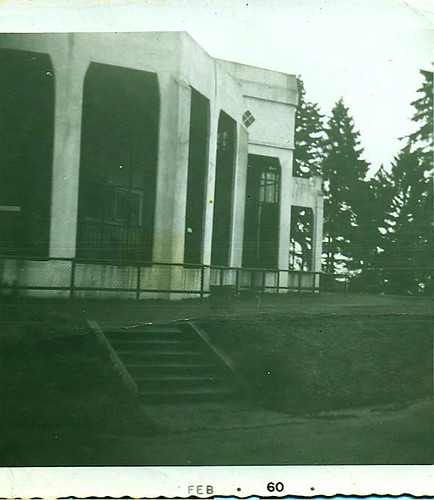 Old Portland Zoo after it was abandoned… picture taken February 1960.  Will state, city and county employees be abandoned as well?

Having grown up during the depression of the 1930s, “job security and benefits” were Dad’s mantra.  He was in the right time at the right place.  His job provided a steady income and his pension benefits were fantastic.   Though he passed many years ago, my mom has received great benefits for over 30 years.

I have watched the benefits be cut and the article in the Wall Street Journal shares how all types of pensions from private to public to Social Security do less than before and are likely to do even less in the years ahead.

The article says:  “First in Detroit, then in Stockton, Calif., and now in New Jersey, judges and other top officials are challenging the widespread belief that public pensions are untouchable.”

The article tells how Gov. Chris Christie of New Jersey proposed freezing that state’s public pension plans and says: The first crack came in Detroit, where a judge ruled that public pensions could, in fact, be reduced, at least in bankruptcy. Then, just a few weeks ago, an opinion by the bankruptcy judge for Stockton, which emerged from Chapter 9 on Wednesday, called California’s mighty public pension system, Calpers, a bully for insisting in court that pension cuts were wholly out of the question.

Companies can legally freeze their pension plans and now more and more states are arguing that because they are legal sovereigns, federal pension law does not apply to them.  The problem is when states, cities and other local governments reform pensions  they cannot freeze benefits for existing workers.  Statistics show that reducing benefits only for future hires does not save enough money to preserve overstretched pension plans, especially in places where retirees outnumber current workers.

This problem created by longer lifespans, swollen benefits and lowered pension earnings induces many pension managers to do exactly the wrong thing, to speed up and leverage investing and increase risk.

An article entitled “Intel Lawsuit Questions Place of Hedge Funds in Retirement Plans (2)  tells how the Intel pension places big bets on hedge funds and private equity.  The plaintiffs say that this increases risks and costs in the retirement portfolios, hurting plan participants.

A decade ago Intel had a conservative pension primarily in large-capitalization stocks in the Standard & Poor’s 500. Then the company began diversifying into small-capitalization stocks, emerging-markets securities, fixed-income and alternative investments like commodities futures, hedge funds and private equity. Recently, these investments in hedge funds and private equity have grown significantly.

The answer to increased risk of default is not to increase risk, but to resolve the underlying problem of too much demand and too little contribution.  Pensions are meant to be absolute promises that their participants can depend on.  To keep their promise, they need well founded math based on reduced promises, increased contributions and slower, more dependable, good value investing.

Times are changing at an ever increasing rate.  The way to succeed in this scenario is to step off the treadmill, slow down so you can observe and create your own strategy for natural health, earning through a pinnacle career and saving with purposeful, good value investing.