Here is a thought that is so spooky it would be funny if the problem were not so serious.

Last week’s message Ecuador Shamanic Pumpkin Health Tip looked at how Ecuador shamans use pumpkins to help improve health.  Then the post shared ayurvedic nutritional ideas on why we should eat pumpkin during the autumn and winter. 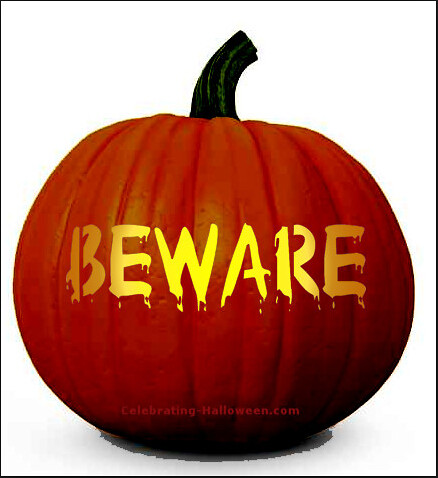 Beware or not?  See how to get free Beware Pumpkin stencils (1)

The next day a friend who has great experience in ayurved wrote:  Gary, when the Europeans came to N. America originally they found many of the natives suffering from severe psoriasis. The natives had many remedies for this most of which involved tar in some way or another.  Pumpkins and winter squashes in general are said in Ayurveda to be the source of most of the serious skin diseases people suffer from and one of the ways to remedy those skin diseases is simply to stop eating them. We don’t have them in our diet at all and haven’t had for 15 years.

When I pointed out that winter squashes and pumpkin were recommended for winter eating by an ayurvedic physician who has been very helpful to Merri and me over the past 20 years, our friend replied:  That Doctor’s learning is from the books and not from a family tradition.  The simple fact remains, the winter squashes, and pumpkin in particular, produce skin disease.

I did not bother to point out that the Ecuador shaman we worked with, who definitely used pumpkins in his nutritional plan was also a healer of many generations.  His father and grandfather, etc.  were great healers as well and this yatchak had been taken at age five and apprenticed to other great healers up and down North, Central and South America.

Needless to say this message is not about pumpkins, its about the dangers of trying to process overwhelming amounts of data.

Getting too much input can be worse than not having enough.

Expanded horizons should bring expanded ability and wisdom.  Wouldn’t you think?  Yet it is known that a foible of the human mind is its reluctance to make too many decisions.   A choice of two chocolates in a box is better than one. Six choices better than two.  When there are more than six or seven choices the satisfaction of the chocolate decision grows less rather than more.  Confusion overcomes options.

The mental juggling is even worse if you like all of the chocolate choices given.

Knowing two systems can confuse and create doubt in both systems.  Know three disciplines and the confusion can grow exponentially.

Anita Moorjani, best selling author, explains this problem in her book “Dying To Be Me“.

After fighting cancer for almost four years, the cancer in her body was at stage 4B (throughout her body).  Her weight was down to 90 pounds.  Overwhelmed by malignant cells, her organs began shutting down.  In a coma, she entered into an extraordinary near-death experience where she realized her inherent worth . . . and the actual cause of her disease. Upon regaining consciousness, Anita found that her condition had improved so rapidly that she was able to be released from the hospital within weeks . . . without a trace of cancer in her body though medical doctors with experience in this field said, “Whichever way I look at it, you should be dead!”

The book tells how she was raised in Hong Kong by her Indian parents, cared for by a Cantonese nanny and given a British education. She is multilingual speaking English, Cantonese, and an Indian dialect.  Yet when diagnosed with cancer in April 2002 she returned to her Indian roots and after six months of living a pure ayurvedic life with a guru, she felt cured.

Upon returning to Hong Kong she began suffering death by doubt as exposure to multi cultural health sciences, that all worked differently, eroded the belief in her cure and confused her health.

Moorjani wrote: When I returned home to Hong Kong at first many people remarked on how well I looked.  I certainly felt better than I had, both physically and emotionally, but my jubilation was short lived. It wasn’t long before others wanted to know what I had been doing for so long in India and how I’d healed.

When I told them about my ayurvedic regimen, however, I received mainly fear-based and negative responses. These were well meaning people who genuinely cared about me and my well-being, and they were skeptical about my choices, which is why they had such a great impact on me. Most believed that cancer couldn’t be treated in that way, and I slowly felt the doubts and fear creeping back into my psyche as I defended my position.

I attempted to understand Traditional Chinese Medicine (TCM), since it’s commonly practiced here. However because it conflicted so much with my Ayurveda, I was left feeling very confused.

To make matters worse, I turned to Western naturopathy for help because I was so bewildered.  This not only added to the confusion, but also increased my fears. I was getting conflicting information from every discipline.

So I became very stressed about food and was afraid of eating almost anything. I didn’t know what was good for me and what wasn’t, because each system of healing espoused a different truth ad they all conflicted with one another. This confusion only added to my already overwhelming ears. And as the terror tightly griped me in its vice once more, I watched helplessly as my health rapidly deteriorated.

Confusion can ruin investing as well.

Too much input about markets, stock, economies and all the bad news that floods the daily media is overwhelming.   We each need a simple strategy that we understand and that we stick to.

The book Too Big to Fail by Andrew Sorkin explains how Warren Buffett  does not research by maintaining a database of up-to-the-quarter estimates, etc.   So much data would dilute and distract from the deep focus on the areas he does research.

Buffet’s research is  from reading publicly available documentation, introductions from trusted lieutenants, and personally meeting the leaders of his investment prospects.  Buffett keeps it simple and understandable to him. 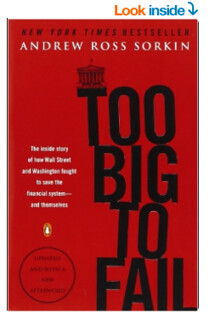 Order Too Big to Fail at Amazon.com

Whether you are thinking about pumpkins, investments or Presidential candidates (now that’s a real spooky thought!), limit your input to what you understand, what you are passionate about and what makes you feel good.  If the 11 oclock news leaves you feeling sleepless, don’t turn it on.  Tonight its okay to be spooky, but there is no reason to get spooked every night.