Another flash crash shows that our savings and wealth can beat risk of lost in micro seconds. 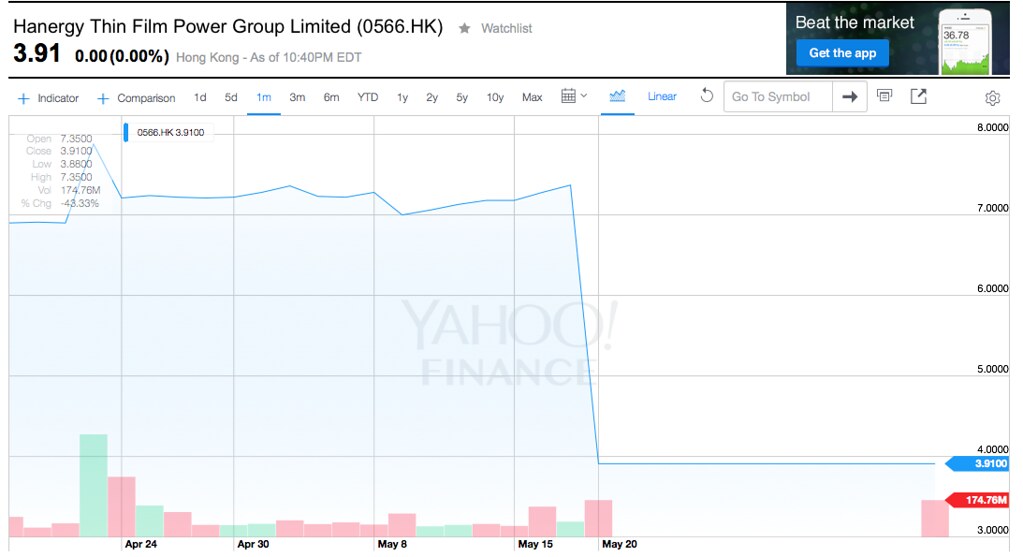 Billions of dollars were wiped from the top performing Hong Kong share in just seconds.

A recent message at this site “Flash Crash – Invest With a Grain of Salt” (1) looked at how on May 6, 2010 a flash stock market crash wiped trillions of dollars off the US stock market in only 36 minutes. The Dow Jones Industrial Average had its largest intraday point decline in history as it dropped 998.5 points in a few minutes.

Allegations are that one man, Navinder Sarao, a trader who operated from his home in West London was the initial cause of this plummet known as the “Flash crash.”  Sarao allegedly used a souped-up version of commercially available software, while sitting in his home, to “spoof” the market and make $40 million in profits from 2010 to 2014 through manipulations, including $879,000 on the day of the flash crash.

“Spoofing” has been made illegal in an attempt to close this loophole, but the history of stock trading, since it began centuries ago, shows a neverending battle between authorities and unethical trading.  Every time a loophole is closed, another is found.  We cannot depend on the authorities to totally protect us as investors.  Nor can we expect our banks and brokers to protect us either.

Here is the proof,  a spoofing crash has happened again.

The article says that selling began with several large sell orders followed by a wave of erratic computer-driven trades that sank the company’s stock by more than 25% in fractions of a second.

Trading of the shares of Hanergy Thin Film Power Group was suspended after the stock dropped 47% in less than a day.  The owner of the chairman of the company lost billions.

The article said: Some experts said the trading could have been designed to trick buyers into pulling back, a manipulative tactic known as “spoofing.”  At 10:17 a.m. and 23 seconds, a large 426,000 share sell order piled up at the current market price of HK$6.80. Two small trades were done at slightly lower prices, but then the price at which traders were willing to buy the shares fell to HK$3.45, according to data from Thomson Reuters.

This low bid showed that there weren’t many buyers in the market, potentially setting the stage for a big share decline. Computer algorithms, which trade automatically based on current market data, likely detected the sudden shift and reacted by selling more or pulling out of the market altogether, according to traders.

A trade occurred at HK$4.50, meaning the official market price had fallen by 26% in fractions of a second. Hanergy shares briefly recovered but then sold off again. They were trading at HK$3.91 when the shares were suspended at 10:40 after falling 47% and wiping out $20 billion worth of market value.

There were plenty of reasons to have invested in Hanergy.  This is a Thin Film company that is on the leading edge of manufacturing equipment and turnkey production lines for the manufacture of amorphous silicon based copper indium gallium selenide thin-film solar photovoltaic modules.  As a leading advisory consulting institution specializing in the field of Energy Conservation and Emission Reduction, Hanergy has become the world-leading thin-film solar company in terms of scale and technology with 15.7% conversion efficiency for its mass produced thin-film PV modules and 20.5% research projects translated to actual production.

Our loss could have been caused simply by one person sitting somewhere, even in their pajamas, using a souped up trading program to manipulate the market.

We can gain some protection with long term strategy, diversification and the relentless search for good value.

(2) wsj.com hanergy bulk of stock collapse occurred in less than a second