The Value of Concentration

Learn a secret about how to have everlasting wealth and fulfillment by being more valuable and needed.

See three ways to increase your value with focus, concentration and attention.  The more we can concentrate, the more valuable we are. 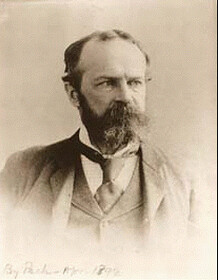 William James, known as “The Father of Psychology,” told us why we can be happy when he wrote: “The deepest principle in human nature is the craving to be appreciated”.

He also pointed out that the way to be appreciated is to concentrate on important thoughts.  James viewed concentration as a chain of thought and said, “Anything you may hold firmly in your imagination can be yours” but he also said, “A chain is no stronger than its weakest link, and life is after all a chain.”

The ultimate key to success in anything is to maintain focused on our missions, whatever they are.

James also helps us think about the importance of missions when he said. “We are all ready to be savage in some cause. The difference between a good man and a bad one is the choice of the cause.”

Our abilities to focus for extended periods now are more valuable than ever before, because much of the world is going the opposite way. 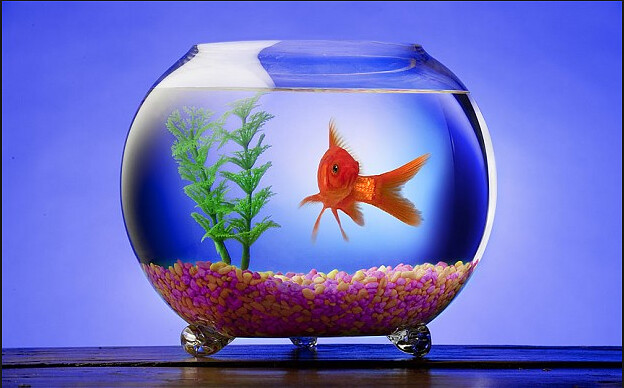 Image from Daily Telegraph article on goldfish being music connoisseurs (1).

A Microsoft study (2) claims that the human attention span now lags behind goldfish.

The claimed purpose of the study (of 200 people) was to know more about how modern technology impacts the attention span of those who use it.  The results are on Microsoft’s website.  The research found that there are three types of human attention: sustained (prolonged focus), selective (maintaining focus despite distractions) and alternating (shifting attention between tasks or stimuli).   Researchers found that using digital devices improved multi-tasking skills, but at a price.

The study shows that the average attention span for the respondents and volunteers was only eight seconds, down from twelve in the year 2000, and one second shorter than the average goldfish. They also found that using digital devices has caused an improvement in multi-tasking skills.

Stress can of course have many causes, but in the most general sense, it spreads from factors that impact negatively on focus and concentration. We fear interruption or a surplus of tasks, responsibilities or options to choose, which can lead to heightened stress levels.

The digital age is an age of sensory overload and distraction.  Overload creates stress and weakens concentration, which as William James stated in his classic work “Principles of Psychology”, is the  foundation of intellectual development.  He wrote:  The faculty of voluntarily bringing back a wandering attention over and over again, is the very root of judgement, character and will … An education which should improve this faculty would be the education par excellence.

One of James’s mentors, Swami Vivekananda, visited Chicago and while walking there saw some young boys with an air gun trying to shoot at eggshells floating in the river.   The boys never hit a shell.   They asked the Swami if he would like to try.  He aimed and concentrated on the target, shot twelve times and hit an eggshell each time!

The boys asked how much practice he did at shooting.  The Swami told them he had never practiced.  He explained that his secret was simply to concentrate all his attention on it.  He told them, “Think of nothing else. If you are shooting, keep your mind only on the target. Your aim will not fail. Concentration can work wonders. Even when you are studying, think only of the lesson at hand. Then you will easily remember what you study.”

The first two are apps that come from our friend and professional writer,  Bob Gandt.  Bob spoke at our last Writer’s Camp and shared two programs that he uses to avoid distractions.

The first (the one Bob uses the most) is Timebar (3).  Timebar allows you to go to your menu bar and time your work session.

The second is Freedom (4).  The Freedom app turns off your internet connection for as long as you specify.  Freedom is a good way to resist incoming email and temptations to web surf.  Bob says that both are great productivity tools.

The third way to focus better is to use Baroque Music to to attain a state of relaxed concentration.

Concentration is the most rewarded ability on earth…the longer one can concentrate on one thing…the more one can accomplish…the more the knowing…the understanding….the wealth of an act.

Here are three steps to being unbelievably smarter in a relaxed way:

#2: being able to focus on these thoughts.

#3: being able to stay focused on the correct thoughts.  When we take these steps, we become more valuable and appreciated.  These keys are the foundation of everlasting wealth and fulfillment.

Learn to concentrate on writing for extra income and success.