Avoid lines when you invest.  A number of messages at this site have recommended “Avoid Lines“.   Just because everyone jumps on board does not mean it’s the right thing to do. The repetition of an error does not make it right. 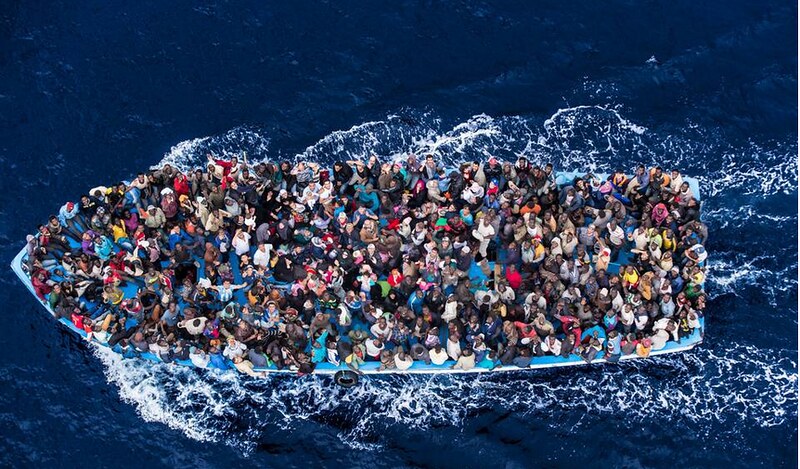 Image of migrants from Africa overloading a boat attempting to get to Europe. (from the Wall Street Journal).

The Wall Street Journal article “Investing Lesson of 1937: Hold Some Cash” (1) shows how Ray Dalio is acting on the evidence suggests there will be a  strong correction in the US stock market.

The article begins by saying, “Sure, yields are puny. But when stocks next tumble, the value of cash will be clear.”

Value investing requires persistence because the greatest opportunities come exactly when the majority are doing something differently.

Ray Dalio is manager of the world’s biggest hedge-fund firm.  He is comparing today’s economy to the last years of the Great Depression.

Dalio, manages Bridgewater Associates which have 170 billion under management.  He sees similarities between the 1937 US economy and current economic conditions.

The article says (underlines are mine):  Then, as now, a recovery after a deep downturn sparked a stock-market boom.  Then, as now, the Federal Reserve was poised to tighten monetary policy.  The Fed’s move that year helped trigger another downturn and a bear market. In a letter to investors, Mr. Dalio wrote, “we can’t tell you what will happen when the Fed tightens this time around.”

Benjamin Roth took notes about what did happen eight decades ago, and hit upon a few insights that could prove useful if the Fed’s next move—or another event—leads to upheaval or sends stocks tumbling from recent all-time highs.

Early on, Mr. Roth saw how dangerous it can be for an investor to follow public opinion.

“In 1928 people were excited about big profits on the stock market: they read literature about investments, lived high and talked about the ‘new era,’” Mr. Roth wrote in February 1933. “Today their outlook is gloomy, they think the depression will never end, the stock market is an abomination, real estate is no good, everybody is cynical.…The slump is now looked upon as of indefinite duration.”

In hindsight, 1933 was one of the best times in history to buy stocks.

Mr. Roth also understood that being a contrarian thinker wasn’t enough—you also needed the ability to act on your convictions, which meant having cash to invest at a time when money was scarce.

Make a plan ahead of time or how to deploy the cash if stocks fall, so that you won’t get caught up in the heat of the moment.

Investors also can benefit from Mr. Roth’s broader points about going against the grain and being skeptical of predictions.  Reviewing his diary in 1968, Mr. Roth wrote: “During the past depression prominent bankers, businessmen, etc. were all wrong in most of their predictions.”  His conclusion: “Use your own judgment and do your own thinking.” 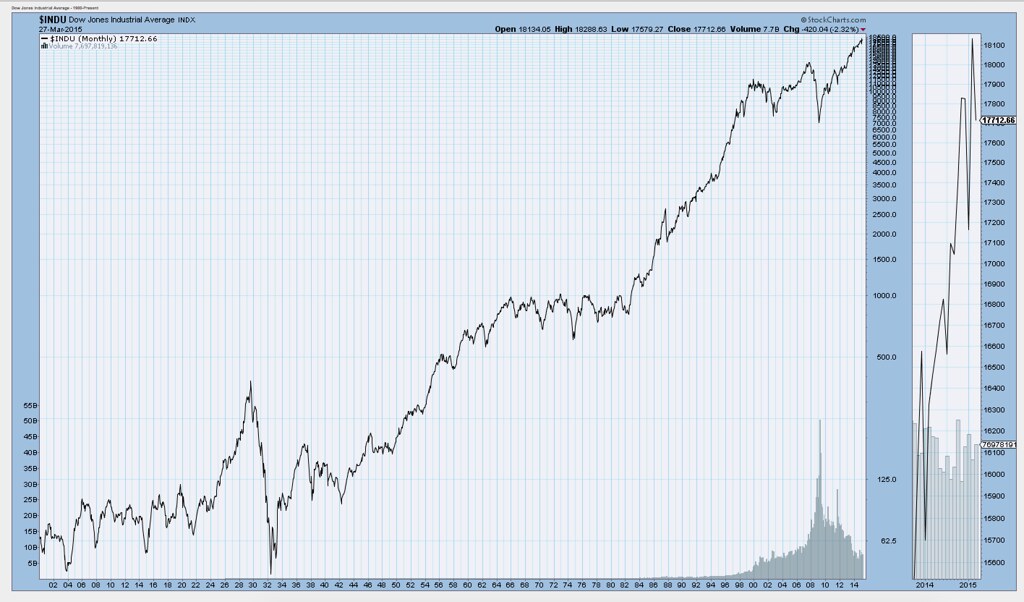 Enlarge this chart from Stockcharts.com and see how stock market history appears to be repeating itself.

Look at the math in markets, not the short term movements.  Look at value not how many participants are jumping in.  Do your own thinking.  Make a plan ahead of time.  Be persistent.

Use dollar cost averaging in your plan.