The llama walk is an excellent exercise for knees, thighs and core strength. 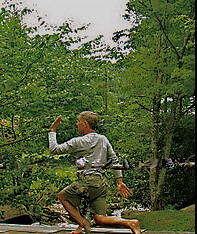 The Llama Walk is an important longevity exercise.

Another longevity asset is Omega 3.

Dr. Jim Vigue is a friend who speaks at our Super Thinking seminars as a natural health expert. Dr. Jim was Healthtap’s # 1 Influencer in 2014. Healthtap www.healthtap.com is a $40 million dollar venture capital backed internet site connecting over 65,000 doctors with consumers who can get free answers to their medical and health questions.

Jim is also a former USA Baseball/Major League Players Association Coach of the Year as well as an award winning author and publisher. Jim’s publishing company Power Publications has  edited, published, and ghostwritten dozens of books in the self development and natural health fields.

Jim’s personal story of what led him into the natural health field was recently featured in the Premier Edition of the book “How I Did It by Stardom Publishing”. Jim plans to introduce his latest project at our February writer’s camp.

Dr. Jim has always stressed the importance of omega 3s and told us how Omega 3s may be doing more than just helping longevity.:

The fact is that if you can get your omega 3 index around 8% you will age at less than half the rate as those with an index of around 3%. The Japanese are the longest lived people in the industrialized world because they have one of the highest omega 3 index values in the world.
The importance of measuring your Omega-3 Index: 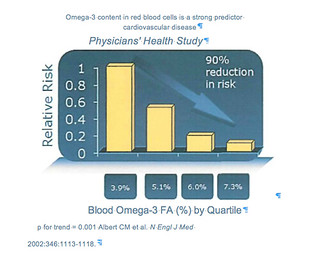 Bernadine Healy, MD  Cardiologist and  Past President of American Heart Association  – Past Director of the NIH – Past Director of the Red Cross concludes:   “Before long, your personal Omega-3 Index just could he the new cholesterol – the number you want to brag about.”   Omega-3 content in red blood cells is a strong predictor cardiovascular disease.

Dr. Jim introduced a new word at one of our Writer’s Camps…Supertarian

Jim explained how omega products lower PSA scores and the risk of prostate cancer and how people need to get their omega index into the 8%+ range.  Regular fish oil doesn’t do it and regular fish oil has contaminants and oxidizes too quickly.  Basically fish oil is obsolete and much better lipid results are achieved with other formulations according to Dr. Jim.

If someone wants to get an omega index score they can order a finger prick test to send to a lab for around $140.00 or they can order it with their regular blood work. The US average score is around 4 while the longest lived people in the industrialized world (the Japanese) have scores over 8.

Jim’s belief is that there really is nothing else better for overall health than a healthy omega index.  Heart disease is one area of course where omega-3s are known to benefit.  But there is also the fact that a healthy omega score slows down telomere reduction and cellular aging, limits cognitive decline and helps hold off Alzheimer’s and reduces overall inflammation levels in the body(thereby improving joint pain).

Inflammation is considered a major factor in all the diseases of aging and this product does a great job at reducing CRP (C-Reactive Protein) which is the major inflammation marker.  Jim explains how users of  good Omega 3 formulations have increased levels of HDL (good cholesterol) and lower readings of both triglycerides and PSA scores.