Bless you Canada.  You have a great idea and you are using it wisely.

I hope this ideas catches on with other governments.  I doubt that it will, but you and I can gain by using Canada’s good idea in our personal lives. 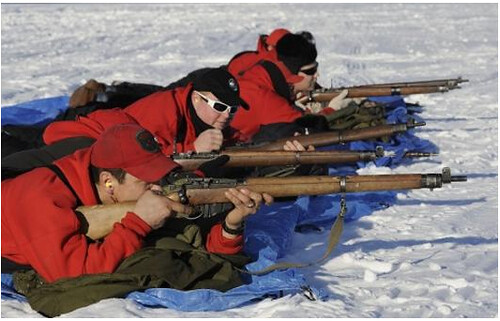 The Canadian idea could even boost the global economy.   When more active people work in the economy they create a greater supply of goods and services.   Their active earnings increases demand.   More supply and more demand add up to more of everything.  More to have. More to give. More to share.

Before we look at this really smart Canadian idea, I would like to pass on a note from our friend, Candace Newman, the Essential Oil Lady.  She sent me this reminder that her Christmas sale ends December 15, one week from now.  Essential oils make great Christmas gifts. What better time to give frankincense and myrrh? 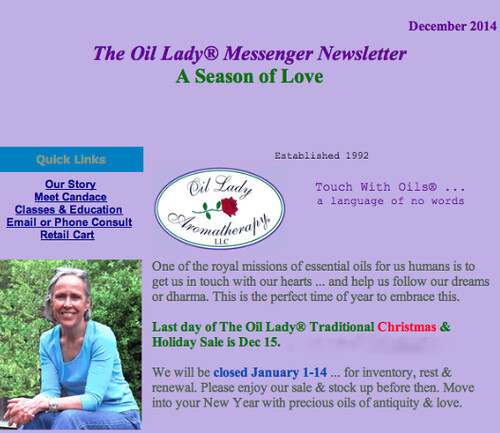 Click to enlarge and go to Canadace’s Christmas sale.

The great Canadian idea is mentioned in a Wall Street Journal article entitled “In Canada, Some Rangers Stay at Their Posts a Long, Long Time” (2) by Alistair Macdonald.

The story tells of  Canadian Rangers who are over the age of 70.  A quote from one ranger, Pvt. Xavier Patrick, explains why the idea makes so much sense.  He says: “Anything younger Rangers can do, I can do”.

The article zooms in on Rinker Lake Firebase, Ontario and says:  Deep in a forest in northern Canada, a radio crackles to life and Pvt. Mike Hunter is ordered to stand down and return to base.  “Shame, I was up for it,” said Pvt. Hunter, of this Canadian army training exercise. Pvt. Hunter is aged 79, and on maneuvers.
Old soldiers never die. In Canada, some don’t want to retire either.

Pvt. Hunter is a member of the Rangers, a 5,000-strong, mainly indigenous army reserve unit that harks back to North America’s frontier past and is used to patrol Canada’s vast north. In a unit with no mandatory retirement limit, Pvt. Hunter’s age is no exception; in January, 92-year-old Abraham Metatawbin was decorated for 27 years of service.

These rangers, some well past 70, do not sound tired.  I’m guessing they are far from being REtired.  Why do we think 65 is the age to retire anyway?

The concept of retirement began with a political ploy in the late 1800s.  Chancellor Otto Von Bismarck of Germany announced that he would pay a pension to any nonworking German over age 65.  Sneaky politician that he was, he knew that hardly anyone lived to be 65 at the time.   Politics or not, this set the arbitrary world standard for the age when people retired.

President Franklin D. Roosevelt learned from Bismarck and zeroed in on age 65 when he created the Social Security Act of 1935.   This idea of no longer wanting to  serve at age 65 has since grown around the world.   How absurd.  What an error.  We can take advantage of this massive mistake because rule #3 of value investing (3) is “Truth is not created by repetition of an error”.

Entire nations… in fact most of the world err by using this completely out of date formula of retirement at age 65.  Our era of longevity and modern technology makes this age the best time to turn our passions into profit with a pinnacle career.

Talk about turning your passion into profit!  The Canadian Broadcast Company published an article entitled “Canadian rangers the thin red line patrolling our harshest terrain” (3) that says (bolds are mine):  The Rangers mainly watch over the North. They are the military’s “eyes and ears,” it adds.

Or — as one Ranger recently put it to author Whitney Lackenbauer — it’s “eyeglasses, hearing aids, and walking stick.”

The rifles are still in service partly because they, like the Rangers themselves, can operate reliably even under harsh Arctic conditions.

He says many of the Rangers that he has met are motivated by a mix of patriotism, community service and a love of being on the land.

One Ranger in B.C. described the job as “being paid to go camping,” he recalls.

A big chunk of the world’s population gear up their entire lives based on a cheap political trick from before the Victorian era.  No wonder thinking about today’s state of economics and politics makes many people depressed.  The idea of retiring is depressing in many ways.   At the macro economic  level, taking valuable contributors out of the production process depresses the economy.  At the micro social level the idea of retiring is depressing to the individual.  Scientific evidence shows that retirement boosts the risk of depression by 40 percent.

Research by the Institute of Economic Affairs (IEA),  shows that retirement provides a short initial boost in health, but increases the risk of clinical depression by 40 percent.  Chances of chances of being diagnosed with a physical health problem is increased by  60 percent.   The study’s author, called retirement’s impacts on health “drastic,” suggested a later retirement is better.

May I suggest a better way to solve this problem for a happier retirement?  Don’t retire.  Instead have a pinnacle career.

Malcom Gladwell explores the phenomenon of taking advantage of massive social economic errors in his book ,David and Goliath. I recommend reading this to see why older and smaller can be better. 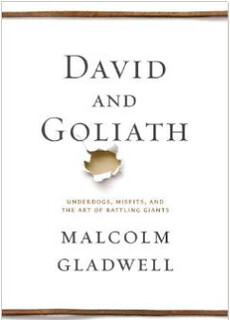 Improve your pinnacle career by being able to write to sell.

(2) Wall Street Journal  In Canada, Some Rangers Stay at Their Posts a Long Time

#3: Truth is not created by repetition of an error.

← Self Publishing Test The Seventy Year Spin to Disaster →