The Terrible Privacy Flaw – And an Even Worse Story

There is a terrible flaw in the Western world when it comes to privacy.  This flaw has just grown worse.

Since I began speaking and writing about international investing, I have seen a gradual but continual elimination of privacy.   Since the 1980s the privacy advice we have given has been “Anyone can gain great bank privacy from the public – no one can gain privacy from the government.” 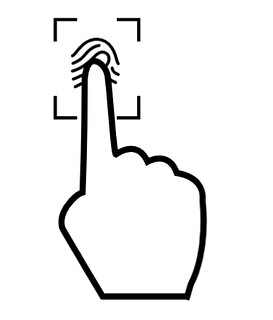 How Bad Can it Get?


The Time magazine’s website recently published an article entitled “Venezuelan President Announces Mandatory Fingerprinting at Grocery Stores”. The article says:  Venezuelan President Nicolas Maduro announced Wednesday that the country will introduce a mandatory fingerprinting system in supermarkets.  He asserted that the plan will keep people from buying too much of any single item.  The president did not say when the measure would go into effect, the Associated Press reports.  The measure is meant to end food shortages.

The Western world has not reached this stage of intrusion into our personal lives, but this is possible, hopefully not probable.  Yet when it comes to bank privacy, it’s gone just about anywhere in the Western world.

If a government gets on your case and wants to get at your banking information, they’ll get it and even more.

A great example that is just now taking place can be seen in Austria, one of the most private banking centers in the world.   The country immediately complied with a US Department of Justice request.

A New York Times article entitled “Former Envoy Reported Facing a Federal Inquiry Zalmay Khalilzad Is Suspected of Tax Evasion and Money Laundering” (2) by Alison Smale tells how a former United States ambassador to Afghanistan, Iraq and the United Nations, is under investigation for possible tax evasion and money laundering.

The article tells how Mr. Khalilzad’s wife, a dual Austrian and American citizen, is a social scientist and author who earned her doctorate in Vienna.

The Austrian attorney for the account holder) released a statement stressing that no charges had been brought against the couple, in the United States, Austria or anywhere else.   In May 2013, the Justice Department “sent a routine request to the Austrian authorities for records for certain bank accounts in Vienna in the name of the account holder” the statement said.  The request “did not seek the seizure of assets belonging to the account holder or Ambassador Khalilzad,” the statement said, nor did it “contain evidence of money laundering or other offenses.” It remained unclear why the state prosecutor nonetheless “ignored the plain language of the D.O.J. and froze Ms. the accounts,” the statement said. A lawyer for Ms. Benard, Holger Bielesz, said an unspecified number of his client’s accounts were frozen in February under the Justice Department order dated May 2013. He declined to confirm the amount frozen.

According to the article the Austrian authorities had been asked by American officials to preserve the utmost secrecy, but a blogger discovered documents from the Austrian state prosecutors’ office and a Vienna court in a garbage dump in Vienna. He published several of the papers he found.

Keep these facts about privacy in mind.  According to the account holder’s Austrian attorney the account holder was simply the wife of someone being investigated.  The US agency did not state that charges had been brought.  No evidence of money laundering or other offenses was shown.  Yet the Austrian bank froze accounts anyway.

Be sure to report taxes due wherever you are required to do so.  Banks cooperate with governments more than customers.

All US persons who have a non US bank account or accounts with $10,000 or more at any time in the year are required to file a FBAR report.  US persons (citizens, residents or those with green cards) have an especially tough time as they are required to file US tax returns and FBAR (Foreign Bank and Financial Accounts) reports even if they do not live or work or earn in the USA.  Even if US tax is not due, these forms are required.

One reader sent this note:  According to one accountant here also needs to fill in the FBAR (Foreign Bank and Financial Accounts) forms.  That’s the form you need if you have more than $10,000 across all your accounts in any given year. This is a bit complicated for me, as I have shared accounts with my husband who is not a US person or resident.

Here are the estimated fees the accountant asked for the accounting work.

These fees are ridiculous but accounts abroad who are used to filing taxes for employees of big US corporations get away with this.  These tax forms can be filed by any US based tax preparer who knows what he is doing.

We have gained great benefits from our electronic society and global economy.  One price, however, of these benefits is the loss of privacy to governments.

We have invited our tax preparer, who has helped many of our readers at a very reasonable fee to attend our Montreal Multi Currency Investing course October 10-11-12 so he can help any US delegate who has questions about filing US tax and FBAR forms while living abroad.

Writer’s Camp for the price of one.

The Montreal International Investing Seminar fees are $799 for one and $999 for a couple.

In this special offer you can enroll in both courses for the price of one.