The tidal flow of economic opportunity is pushed by supply and demand.  As the global population grows, if put to work,  demand and production grow.  This is the underlying ground swell that pushes a rising tide of wealth in the global economy.   Other factors such as natural resources, efficiency, distribution of wealth and confidence cause this steady rise to chop just like the tides.  The water at the beach’s edge ebb and flow, but the overall motion is higher and higher.

Tuning into the directions of the tides enhances successful investing. 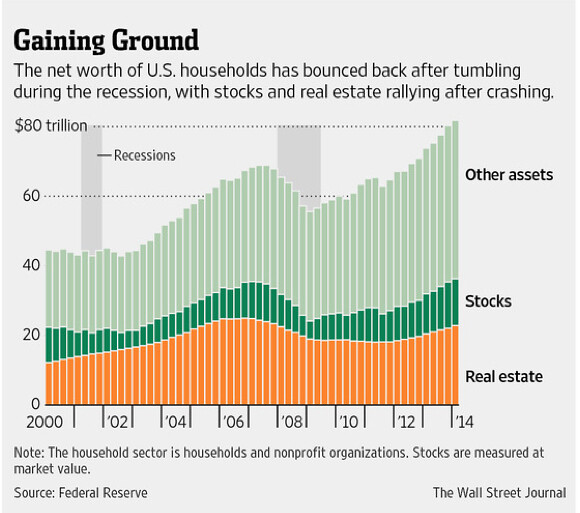 This article gives us a glimpse of the directions of wealth:  Rising Home, Stock Prices Fuel Gains, but Economy May Not See Full Benefit.

The net worth of U.S. households and nonprofit organizations—the value of homes, stocks and other assets minus debts and other liabilities—rose roughly 2%, or about $1.5 trillion, between January and March to $81.8 trillion, the highest on record, according to a report by the Federal Reserve released Thursday.  The figures aren’t adjusted for inflation or population growth.

The recent jump in the value of real-estate holdings “could increase the wealth effect,” Mr. Feroli said, though he warned Americans’ responses to housing gains generally “kick in slowly over time.”

The article also said:  Michael Feroli, an economist at J.P. Morgan Chase, said rising stock markets and rebounding home prices aren’t pumping up the economy the way they used to, largely because many of the gains are going to affluent Americans, who tend to save.

This article confirms the positive aspect of our socio-economic existence.  The globe continues to have more people and consequently more wealth and more opportunity.

Some thoughts in the article can mislead if we miss the global view.  There is an important relationship between savings and money supply.

Money does not sit.  If wealth increases, the extra money is either spent by the person who has the additional wealth or it is saved and spent by someone else.

Part of successful investing is to see if this extra wealth, whether it is spent or saved, where will it flow.  One place it is sure to flow is into water.

Take shares in Aegion Corp.  as an example.

As pointed out in last week’s message, “Invest in Water” many US water systems are more than 60 years old, with some more than 100 years old.  There are estimates that US water infrastructure leaks lose 1.7 trillion gallons of water every year.  That is enough water to supply the entire state of California.

Aegion is a water investment that was first reviewed at this site in 2007 when it was named Instutiform.  This company made sense to me because it is a leader in trench less water line replacement.  Their process is the most widely used trench less method for restoring structural integrity to and removing infiltration from sewers.  Their technology allows its customers to avoid the extraordinary expense and extreme disruption that can result from traditional “dig and replace” method of replacing water lines. Since its formation in 1971, the company has rehabilitated enough pipe to circle the globe. 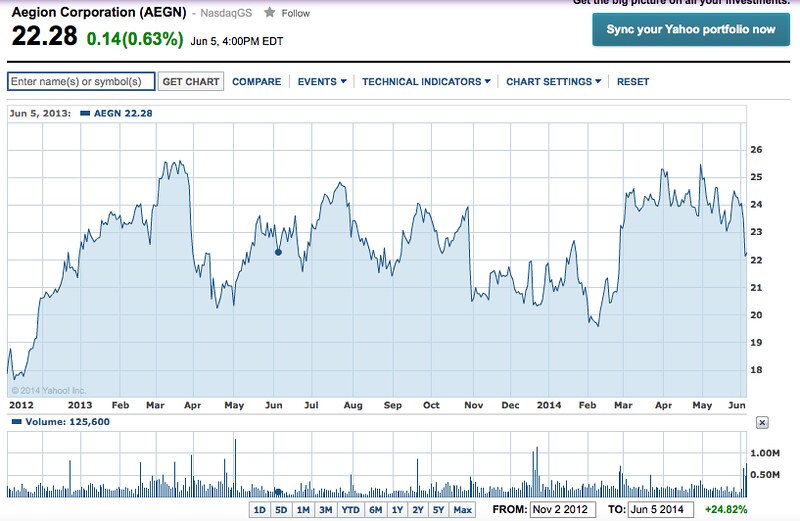 Had one waited just three months and invested in March 2013, there would be no growth but a 3% loss from then to now. 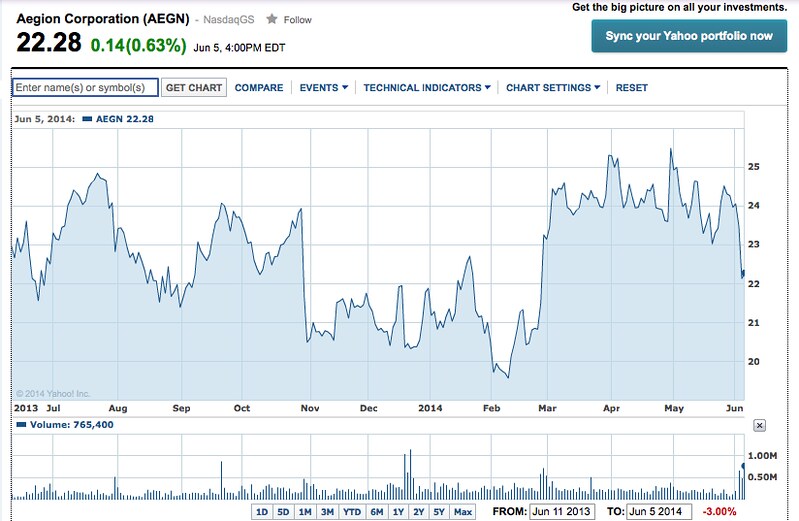 However the direction long term has been relentlessly up 140% in the past 14 years. 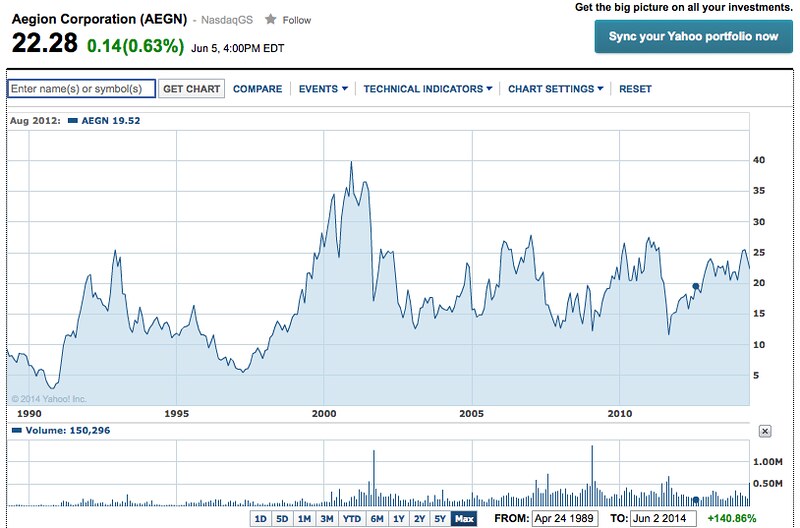 To sum this up, anticipating short term price movements is like trying to predict wave tops on an incoming tide.

Chaos Theory has shown that absolute prediction of the outcome of the fluid dynamics of wave tops is not possible due to the unavoidable non-linearity they contain.

Yet the tidal movement as a whole is very predictable because the tides are so dependent upon the Sun, Earth, Moon system which change extremely slowly.  In a lifetime there is very little change. Therefore the tides are the most predictable natural phenomena on Earth.

Long term investing is like predicting tides.  We can know the long term direction.  The only thing that can stop accurate prediction of tides are shifts in resources from events such as silting or dredging.

This is why investments in water make sense.  We know that populations are increasing.  Wealth is growing and more people want more water.  Yet like land, God is not making more so making better use of what we have grows in importance.  This is where the opportunity is.

Learn how to invest in Aegion and other water shares from Jyske Bank.

Learn more about Aegion at www.aegion.com/CompanyInformation