Keeping Up With the Dollar & Inflation

Many North Americans could suffer in two ways… inflation AND the deterioration of the US dollar.   Better communications have allowed the global economy to boom.  This has helped make the world richer overall but has badly hurt various segments of North American earners who have not kept pace in the new economic and productive world that is based on information.

Shortly after our September 6, 2013 message entitled Dollar Default someone flipped a switch sending the US dollar plummeting down. That message was sent on Friday.  Next Monday the slide began.

Even the euro, with all its problems, has risen strongly against the greenback. 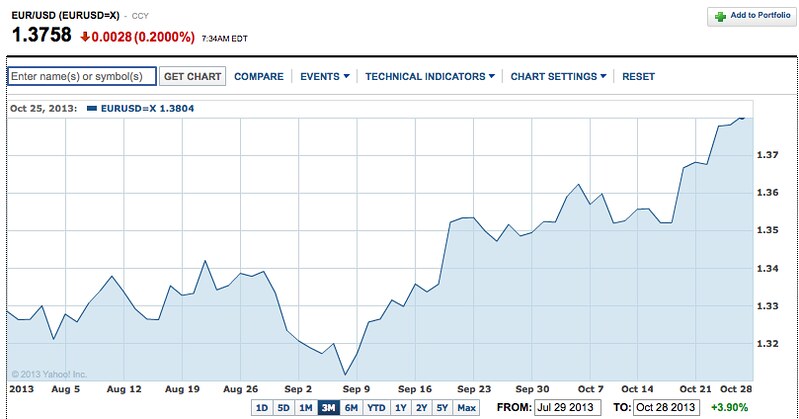 That September 6 article showed that one way to protect against the dollar was with the “ENR Global Currency Sandwich  an equally-weighted anti-dollar portfolio including the Norwegian krone, Swedish krona, Singapore dollar, New Zealand dollar and gold bullion.”

Since then every one of these currencies has risen versus the dollar and this site has warned again and again that it is really important to diversify out of the US dollar.  “Live in one country, bank in a second and invest in at least three currencies.”

How bad can this get?

The answer is that for some it is already really bad.

An October 21, 2013 Bloomberg Businessweek article entitled “Body Parts for Sale by Desperate U.S. Workers”  by Victoria Stilwell shows that the uptick from the 2009 downturn differs from previous economic recoveries.

Here is an excerpt (bolds are mine): Out of work for more than two years and faced with eviction, April Hare needed cash. So she took a page out of a 19th century novel. “I was just trying to find ways to make money, and I remembered Jo from Little Women, and she sold her hair,” the 35-year-old from Atlanta says, referring to the Louisa May Alcott novel. “I’ve always had lots of hair, but this is the first time I’ve actually had the idea to sell it, because I’m in a really tight jam right now.”

The mother of two went to buyandsellhair.com and posted pictures of her 18-inch mane, asking for at least $1,000 and receiving responses within hours. Hare, who also considered selling her breast milk (on sites such as onlythebreast.com) joins other Americans exploring unconventional ways to make ends meet as the four-year-old expansion struggles to reinvigorate the labor market.

In all but two quarters since the beginning of 2011, “hair,” “eggs,” and “kidney” have been among the top four autofill results for the Google (GOOG) search query, “I want to sell my …,” according to Nicholas Colas, chief market strategist at New York-based ConvergEx Group, which provides brokerage and trading-related services for institutional investors. The sale of kidneys is illegal in the U.S. “That people even explore it indicates that there are still a lot of people worried about their financial outlook,” says Colas, who tracks off-the-grid economic indicators. “This is very much unlike every other recovery that we’ve had.”

Now things can get worse for many because the government wants to increase inflation..

US Inflation Chart from en.wikipedia.org

Last week’s Wall Street Journal article “In Fed and Out, Many Now Think Inflation Helps” by Binyamin Applebaum  warns us again.  The article says: Inflation is widely reviled as a kind of tax on modern life, but as Federal Reserve policy makers prepare to meet this week, there is growing concern inside and outside the Fed that inflation is not rising fast enough.

Some economists say more inflation is just what the American economy needs to escape from a half-decade of sluggish growth and high unemployment.

The Fed has worked for decades to suppress inflation, but economists, including Janet Yellen, President Obama’s nominee to lead the Fed starting next year, have long argued that a little inflation is particularly valuable when the economy is weak. Rising prices help companies increase profits; rising wages help borrowers repay debts. Inflation also encourages people and businesses to borrow money and spend it more quickly.

In other words… do food prices seem really high?  We ain’t seen nothing yet!

This site helps readers find many ways to enhance their lives despite the dollar’s fall.

One dollar protection is to be a multi currency investor.

Here are charts of the of the five currencies in the ENR Global Currency Sandwich we viewed on September 6, 2013. 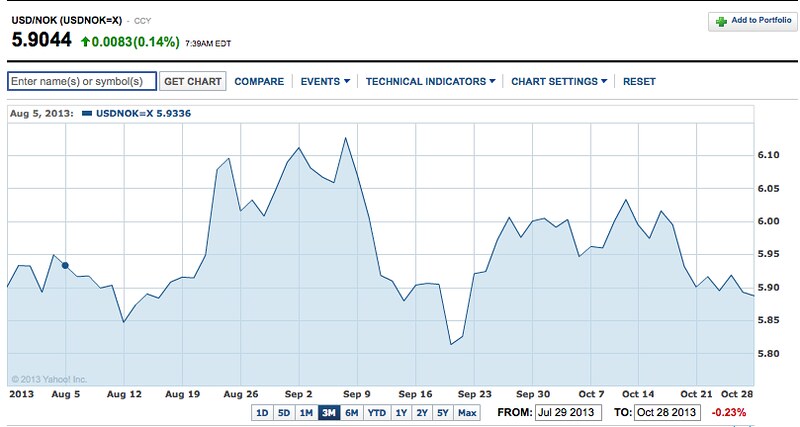 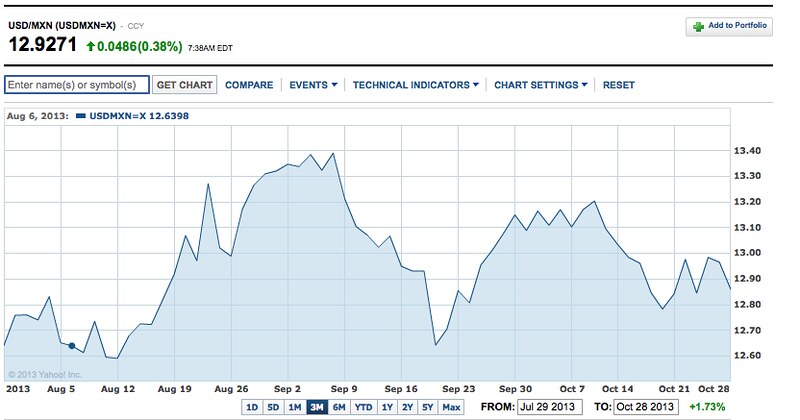 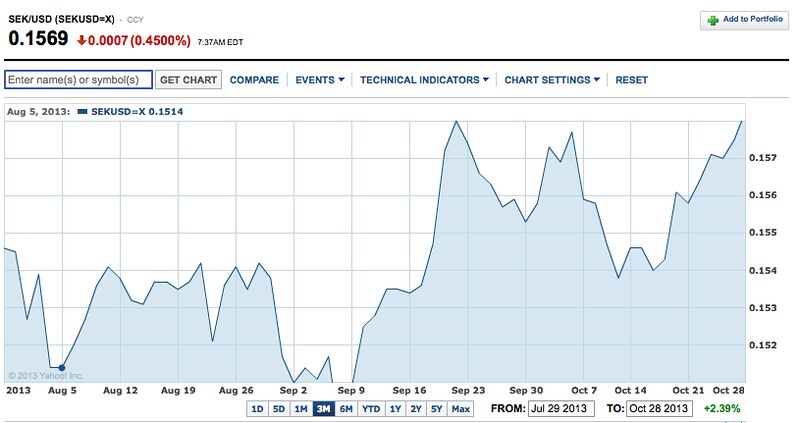 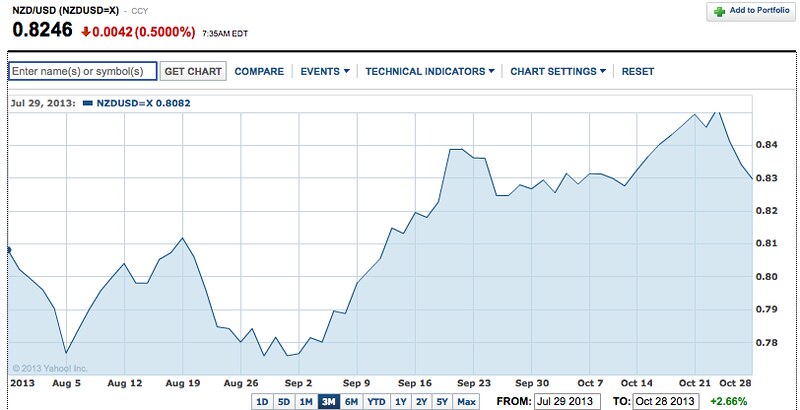 For more information about multi currency investing through ENR go to http://www.enrassetmanagement.com/ or contact Thomas Fischer at thomas@enrasset.com

Another inflation protection is moving to Ecuador where the cost of living baseline is lower.

One difference between the current recovery and those before is communication within the global economy.  In the past when the economy recovered, businesses employed US workers.  Now for a multitude of reasons they employ workers elsewhere.

This is why one great way to beat the loss of purchasing power is to learn how to communicate so you can earn globally by writing to sell with our online self publishing course.

The world is a richer place than ever before… more people… more supply…. more demand.  Yet those who do not adapt to changes in technology and communication could suffer through inflation and the fall of the US dollar.

Gain from change.  Join our November 15-16 and 17 Writer’s Camp and receive the online self publishing course free.

In Fed and Out, Many Now Think Inflation Helps