Author Scott Nicholson has written 15 thrillers, 60 short stories, four comics series, and six screenplays. He lives in the Appalachian Mountains of North Carolina, where he writes, tends an organic garden and generally lives the dream.

Scott Nicholson specializes in horror and thrillers, often set in rural Appalachia.  His debut, “The Red Church”, was a finalist for the Bram Stoker Award.  The success of his books at Amazon led Amazon’s publishing subsidiary Thomas & Mercer to sign him to a two book deal.

Nicholson won the grand prize in the international Writers of the Future contest in 1999. That same year, he was first runner-up for the Darrell Award. He studied Creative Writing at Appalachian State University and UNC-Chapel Hill. He has been an officer of Mystery Writers of America and Horror Writers Association and is a member of International Thriller Writers and inaugural member of the Killer Thriller Band.

Scott’s newest book reveals a new trend that I believe will become one of the biggest waves in self publishing… the return of the serial.  “McFall” is a serial and was released in August 2013. 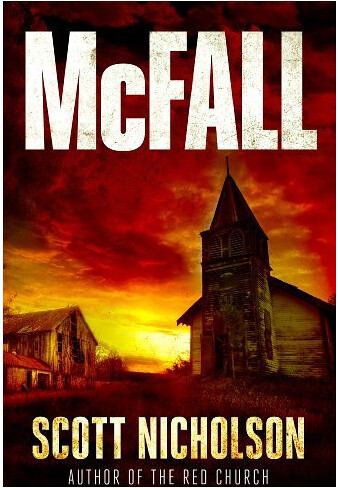 You can order McFall at  www.amazon.com/McFall-Kindle-Serial-ebook/dp/B00DOFW8BM

← US Dollar Protection Review Are We Days from Dollar Disaster? →