Here is a Self Publishing Interview with Hugh Howey self publisher of Dust. 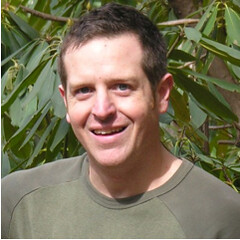 In 2011 while working at a book store, Hugh Howey typed out a short story “Wool”, during his lunch breaks.  Soon this publication was earning him over $100,000 a month on Amazon.

Hugh is a writer that every self publisher should meet and hear because his educational background has little to do with his writing and he only recently began selling his books.  His self publishing company is already exceeding a million sales.  Yet selling has not been his main goal.

Hugh’s story teaches us many lessons.   First he shows that you do not have to have a degree in literature to succeed in writing.   He dropped out of college and moved from job to job, being a Caribbean yacht captain, doing computer repair, roofing, and finally working in a small Appalachian town as a bookstore clerk.

This is inspiration… these earnings, but his love for writing and lifestyle tell an even more important tale.

Part of Hugh’s story is his formula for lowering the sales price of his really good books to as low as $.99.   This compares to the typically $9.99 to $12.99 for books offered at Amazon.com by well known writers.   The low price started a nucleus of people reading his book.   The story tapped into the National Psyche.   Readers loved Wool and  suddenly sales of took off through word of mouth.

After the book became a best seller at Amazon.com the foreign rights, six figure print deal (he turned a seven figure offer to keep his digital rights) and film rights flowed naturally.

We’ll look more at the importance of tapping into the national psyche and the process involved in a moment.

Hugh’s story shows how offering free or low cost books at Amazon.com to build a list of interested readers is one of the first steps to successful self publishing.  This makes financial sense because low cost books immediately earn more for self publishers than high cost print books earn for writers sold through the old, dying, traditional bookstore route.

Another lesson from Hugh Howey’s story is that you can write anywhere… even part time.  Hugh wrote “Wool” in his spare time at home and in his breaks at work.  Part time is how many self publishers start.

You can start anywhere as well.  Hugh H0wey did all this from Boone North Carolina, a small mountain town population 17,189 people.

Not every writer by the way will do this well.  Fortunately most don’t need to.  To see why, keep reading.

Buyers of books fall into niches.   Choosing the correct niche is a first step in the elusive process of capturing the national psyche.  When you tap into this phenomenon, you can earn millions just from online sales.   I know. This process has netted an extra $2,072,614.89 for my business in the past several years.

Yet the income from selling ebooks… as profitable as it can be… is only a part of the earning potential.

In Hugh’s case in 2011, Hugh began selling Wool through Amazon’s Kindle Direct Publishing system, choosing to do so due to the freedom of self-publishing.  After the series took off he began soliciting international rights in 2012, including signing a deal for Brazil.

Then Hugh’s book was optioned for film by Ridley Scott, director of Blade Runner and Alien.

In 2012, Hugh signed a deal with Simon and Schuster to distribute Wool to book retailers across the US and Canada, but he turned down seven figure offers and took a mid six figure sum in return for maintaining e-book rights.

In the months ahead he’ll be visiting San Francisco, Boston, Frankfurt, Paris, Madrid, Helsinki, Istanbul, Rome, Amsterdam, Milan and Taiwan… not as a tourist… but to help launch his books.  As an aside this is the way to see the world… working with others rather than as a tourist. This is how to see the real part of a country… with its business people… not as a tourist.

That’s just a few of the things that can happen when you tap into the national psyche.

I got to know Hugh Howey originally through Amazon.com.  While searching for inexpensive Sci Fi  I took the offer of his great novel “Wool” free at Amazon.com.   I was hooked and ordered and read all his Sci Fi books.

Then to my surprise and joy I learned that he was spending time in West Jefferson, North Carolina, our shopping town and found that we had mutual friends and had both been invited to a dinner.

Hugh graciously agreed to an interview that can help inspire self publishers.  Here is part one of the interview.

Hugh Howey and Gary Scott on Getting into Writing

Hugh Howey and Gary Scott on Ideas for Writing

Hugh Howey and Gary Scott on Getting Writer’s Block

Hugh Howey and Gary Scott on Focus on Writing

Hugh Howey and Gary Scott on  Why Amazon.com

Hugh Howey and Gary Scott on  How to Use Ratings

Hugh Howey and Gary Scott on  Importance of Diversification

Hugh Howey and Gary Scott on Most Important Self Publishing Tip