To improve our lifestyle requires that we consider the US Dollar’s Default. 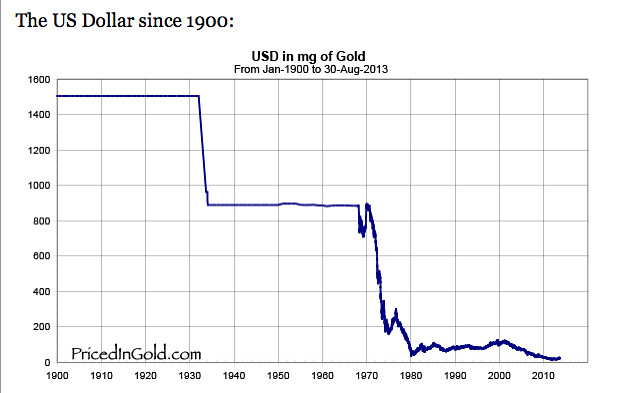 Under the auspices of the Fed, the dollar lost most of its strength plus allowed interest rates to now fall to nearly zero so capital cannot be lent for enough to keep pace with the drop in purchasing.

However many readers may have forgotten about this risk because the greenback has been strong lately… as it was after the last great recession of the 1980s. 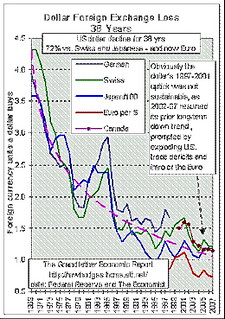 Charles Vollum. our friend of many years, who publishes the pricedingold.com website agrees.  He wrote:   The dollar has been exceptionally strong the last year or two, but shows signs of returning to its downward trend. This makes NOW the perfect time to put those over-valued dollars to work in non-dollar investments like precious metals, real estate, foreign currencies, etc.

Readers who have been following this site for the past five years know that Merri and I have veered out of emerging bonds and strongly into US real estate as well as multi currency investments in Singapore dollars, Danish and Norwegian kroner, Mexican peso as well as Canadian and New Zealand dollars.

The update told how this portfolio gained 3.23% in July and 2% in August because of a weaker American dollar.

Eric wrote: Gold is the biggest percentage gainer over the past six weeks as it hit a two-month high and benefited from a surge in domestic Chinese gold consumption.

He explained that the only currency in the ENR Sandwich portfolio that hasn’t moved much is the Singapore dollar.  We consider this a good value currency as outlined in our recent message “More Problems Emerge in Multi Currency Market“

ENR’s Economic Update says:  ENR has added a sixth currency (they consider gold to be a currency), the Mexican Peso.

The Mexican peso ranks as one of the best performing currencies in the emerging markets in 2013 at a time when most emerging currencies are declining and in some cases crashing.

Until recently, the peso was up modestly versus the dollar this year but is now down 1.7%.

Mexico recently elected a young and energetic leader who is pro growth.

Markets welcome the change in economic policy and in August the country announced a bold experiment to grow its falling oil  production.

Effective September 1st the ENR Global Currency Sandwich will hold six positions at an equally weighted 16.7%, down from 20% currently held. 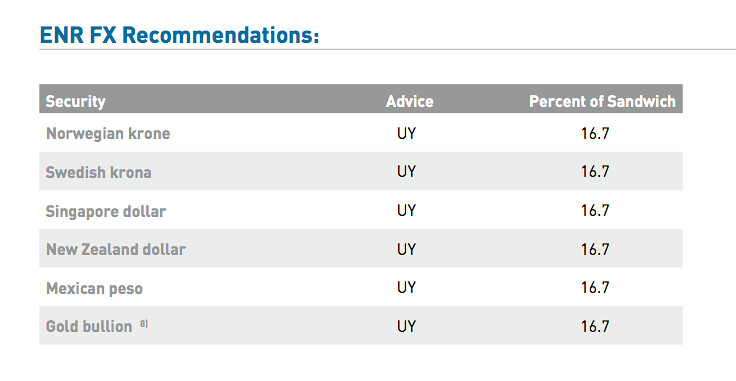 I will never forget when the dollar was unpegged from the Bretton Woods Agreement.   I recall it well as  was in Singapore on May 5, 1971 with a seven day visa, to May 12, 1971. I still have that passport though it expired long ago. 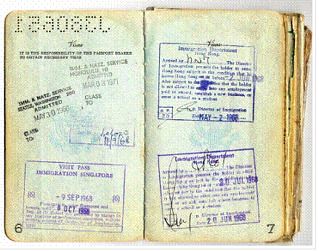 Little did I know that this was a week that would change the world.

Raffles (the famous historic hotel) back then offered a great outdoor restaurant just next to the Long Bar (home of the Singapore Sling). There was something comfortable in the old fashioned pots of thick cut marmalade and slightly burnt toast that stood in racks of sterling silver. This elegant setting and the quiet service was an easy, wonderful way to start the day. I felt in place, relaxed and comfortable, part of an ancient tradition, the modern link in a rite that this hotel had offered for so many generations past. I sat back feeling that all was well. I felt in control and on top of that modern era.

That suddenly changed as I was about to learn a serious lesson about international currencies.

I opened the morning Straits Times and the headlines declared “U.S. Dollar Devalues”.

That comfortable era had just come to an end. International currencies were in turmoil.

That day, when the dollar devalued, money changers would not take the greenback. I couldn’t pay for my hotel. I couldn’t even pay for breakfast and I was 12,000 miles from home. Was I ever scared!

Since that day I have never trusted the US dollar or any other single currency. This has reaped rich rewards. Betting against the US dollar (as I have again and again over these four decades) has been exactly the right thing to do. As the chart below shows, the greenback has lost about 75% of its value against other major currencies.

This is why we will feature dollar protection investments at our upcoming International Investing and Business Seminar in Jefferson, North Carolina.

I hope to see you there.