Here is a delicious natural health warning about Omega 3.  This is not what you would expect.  The high cost of health care and the need for natural health in our increasingly unnatural environment is a huge concern.   Thus it make sense to get the best health value from our nutrition.  One way many do this is to eat plenty of fish and food rich in Omega 3. 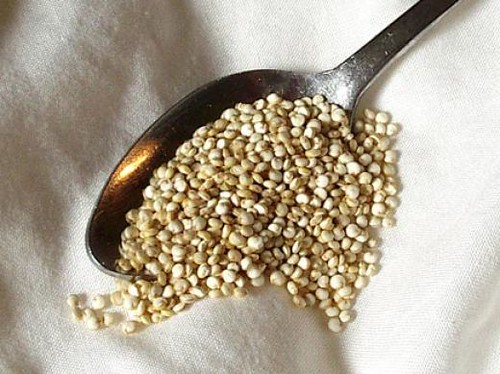 Quinoa… a super food… or not?

One great food in Ecuador is quinoa.  Merri and I eat a lot of fish and quinoa.  In terms of fat content, quinoa is unlike most grains. For example, it takes 350 calories’ of whole wheat to provide 1 gram of fat.   Quinoa on the other hand takes only 63 calories worth of quinoa to provide 1 gram of fat.  Even better, approximately 25% of quinoa’s fatty acids come in the form of oleic acid, a heart-healthy monounsaturated fat, and about 8% come in the form of alpha-linolenic acid or ALA—the omega-3 fatty acid most commonly found in plants and associated with decreased risk of inflammation-related disease.

Recently Merri and I flew to Oregon for my mom’s 90th birthday.  While there I took time to enjoy some salmon fishing in the Columbia River with my son, daughter, son in law and grandson. 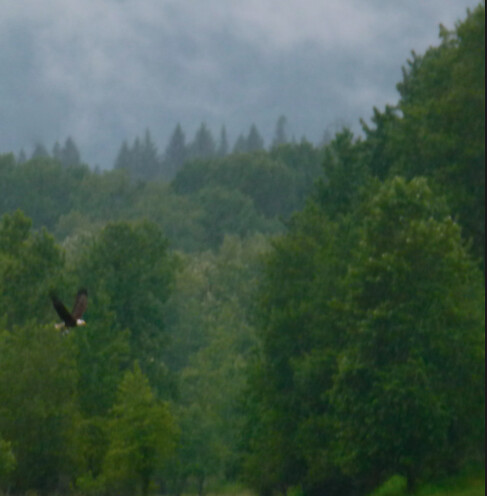 This was just a terrific time… hiking and roaming in nature with the kids.

We all caught and enjoyed eating fresh, delicious salmon.  Was this exercise in nature increasing our cancer risk?   Many main stream publications republished the “Hold the Salmon” article.

Yet a recent article Hold The Salmon: Omega-3 Fatty Acids Linked to Higher Risk of Cancer kicked off a fuss.

This article told of a study in which the male participants with highest concentrations of marine-derived omega-3s in the blood had a 43% higher risk of developing low grade or 71% chance of high grade prostate cancer than those with the lowest levels.

The establishment press repeated this sadly distorted story many times. This is a shame, because overwhelming evidence shows that sufficient Omega 3 is very important to good, natural health.

In fact many good sources of health information pointed out the facts in both the study and the flaws in the reporting.

Here are a few links to articles that showed the facts and the flaws in the study and in the reporting by the mainstream media.

This last link give us a clue about the delicious warning.

This warning is not about the risks posed by Omega 3, but is about risks created by the mainstream press.  That warning said:  My issue with the media

Now I’m not writing this blog to defend or oppose the outcome. If you’re interested, NutraIngredients and Examine.com have written thorough responses to this study which refute the claims in detail. My issue is with the media.

This study looked at levels of omega-3 in the blood. There was no data on whether the men took supplements or ate fatty fish. We don’t know how many – if any – took supplements, nor do we know what other confounding factors may have contributed to the increased risk.

To accurately report this study would be to state that it shows an association between higher plasma levels of omega-3 fatty acids and those whom the researchers advise had an increased rate of prostate cancer.

But that doesn’t exactly sound sexy, does it? Not quite the kind of headline you’d want to click on, is it?

So, it wasn’t surprising that, when this study broke, most media did not take the high road. The evening news, most papers, and news websites were quick to report that taking fish oil supplements increases prostate cancer risk by 71%.
The natural health warning is to use caution with all media mainstream or not.

That study that the press used to condemn salmon and Omega 3 did not point out that there were very few fish oil users. These were mostly men who ate a lot of fish. The study is interesting since it seems to be at odds with Japanese studies. Japanese men have among the highest omega Indices in the world averaging over 9% (The average index in the US and Europe is under 5).  These Japanese men have the highest average omega index and the lowest rate of prostate cancer. The Japanese also are the longest lived people in the industrialized world. Something seems to be wrong here somewhere.

For example, the study that suggested this link between Omega 3 and cancer mentioned that “the cardio vascular benefits far outweighed the cancer risks”.  The press failed to mention this aspect.

Why would the press do this?  Here is the delicious answer.

We find a good explanation about what happened in the USA Today article entitled “Media got coverage of shooting wrong” by Rem Rieder.  Rem wrote:  Life is packed with nuances and subtleties and shades of gray.

But the news media are often uncomfortable in such murky terrain. They prefer straightforward narratives, with good guys and bad guys, heroes and villains. Those tales are much easier for readers and viewers to relate to.

Which brings us to Trayvon Martin and George Zimmerman.

The story of their tragic confrontation on February 26, 2012, in Sanford, Florida, was framed early on. Zimmerman, then 28, was the neighborhood watch captain/”wannabe cop” who racially profiled and ultimately killed Trayvon, an unarmed, hoodie-clad black teenager out on the streets of the gated community Retreat at Twin Lakes simply because he wanted some Skittles.

Early media images of a young Trayvon Martin helped shape coverage.(Photo: Handout via AP)
The storyline quickly took root, amplified by the nearly ubiquitous images of the two: a sweet-looking photo of a several-years-younger Trayvon released by his family, and a mug shot of Zimmerman from a previous arrest in which he looks puffy and downcast. The contrasting images powerfully reinforced the images of the menacing bully and the innocent victim.

When it emerged that Zimmerman’s mother was Peruvian, some news outlets took to referring to him with the rarely used phrase “white Hispanic,” which is kind of like calling President Obama “white black.”

But there was much more to the story, as the obvious weakness of the prosecution’s case against Zimmerman and the jury’s not-guilty verdict make abundantly clear. There was evidence that Zimmerman decidedly got the worst of it during the struggle before he shot Trayvon. Trayvon was an athletic 17-year-old, not necessarily a helpless victim. Zimmerman may well have been acting in self-defense.

This is hardly to suggest that Zimmerman is a candidate for canonization. This is on him. It was his reckless behavior that set this tragedy in motion. If he had stayed in his vehicle as he was told to do by the police, Trayvon Martin would be alive today.

A healthy dose of skepticism should always be part of the journalism process. And in this case there was a particularly strong reason for caution.

Back in 2006, the nation’s media gave huge play to a saga in which three Duke University lacrosse players were charged with raping a stripper at a team party. But the case collapsed, the prosecutor was disbarred and many news organizations looked seriously foolish.

Asked what had gone wrong by journalist Rachel Smolkin for a reconstruction of the episode in American Journalism Review, Daniel Okrent, a former New York Times public editor, responded: “It was too delicious a story.”

Let’s hope we see much, much more of that the next time the news media encounter a story that’s “too delicious.”

Perhaps reporting is like eating.  Some foods are truly delicious.  A small amount is really fulfilling and energizing.  Other foods are addictive and only seem tasty.   These usually leave us wanting… more.  And the partaking of such leaves us lessened.

Yet these addictive foods are the ones that sell best.

This is true with reporting as well.  Some stories are truly delicious, leaving us better informed.  Other reports feed on drama rather than facts.  They leave us distorted, wrongly prejudiced and misinformed.   Yet they are the stories that often sell the best.

There is not a lot we can do to change the press  that is fed by human nature.  But we can be better readers.

That is the delicious warning surrounding Omega 3.  Be cautious of the food you give your body…  your mind… and your soul.   What you eat… what you see and hear… and what you feel are what you are.

Merri and I take Athlete’s Best Omaga 3 because this supplement contains no fish oil and use krill oil instead.   Krill oil reduces the risk of BPH (Benign prostatic hyperplasia) and prostatitis. Studies have shown that blood levels of omega 3s are lower in men who have BPH.  Krill oil is much less likely to accumulate toxins (e.g.dioxin,PCBs,mercury) than fish oil.    The Athlete’s Best formula also contains known cancer fighters in Astaxanthin and Vitamin D. Fish oil oxidizes. Oxidation leads to the formation of free radicals. The Athlete’s Best product does not oxidize. The product is price competitive at less than $1.00 a day when ordering a couple bottles at a time.

“Media got coverage of shooting wrong” by Rem Rieder