When thinking of retirement… remember that medicine is dose and less can be better for retirement health.

This fundamental truth… medicine is dose... applies to the process of maintaining retirement health, income and wealth.

For example, water can be good for business, if… 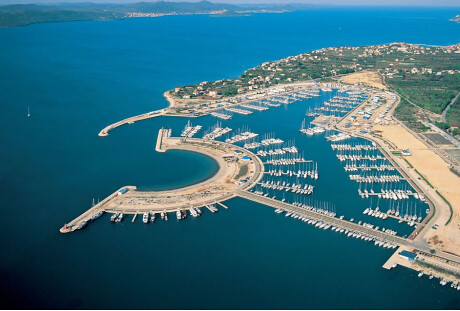 there is not too much or… 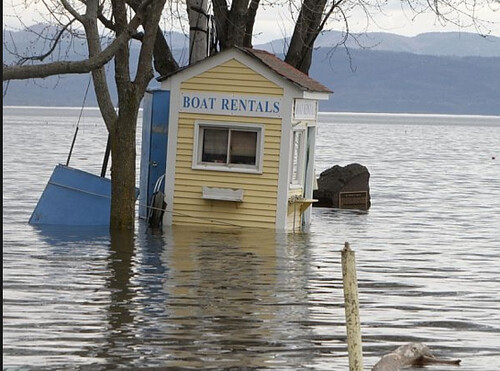 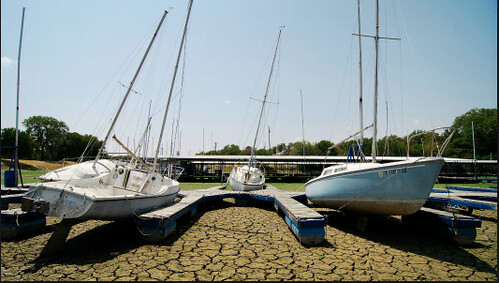 Image from the Mother Nature Network

Sometimes less is better than more.

Since we have an analogy based on water a good example of too much can be glimpsed in a USA Today article “Swimming deaths trouble triathlon officials” by Frederick Dreier.  Here is an excerpt: Thirty-one athletes died during swim portion of triathlon between 2003 and 2011  There has been an uptick in the number of fatalities at triathlons, and the majority of deaths involve freak heart attacks during the swim.

According to a recent study conducted by USA Triathlon, 12 deaths were recorded at U.S. triathlons in 2011, and nine of the victims died from heart attacks during the swim. Of the 45 total triathlon deaths between 2003 and 2011, 31 occurred from cardiac failure during the swim.

Rob Urbach, CEO of USA Triathlon, said the number of deaths simply reflects the sport’s rapid growth. Between 2003 and 2011, annual participants in U.S. triathlons grew from 193,000 to almost a half-million. “We still feel the numbers are very low,” Urbach said. “There isn’t a pattern except they are happening in the water.”

When thinking about the health of your retirement… look at the whole picture.  Will your disciplines and routines help or hinder the purpose you have in your retirement pinnacle career?

Would the time to run a triathlon or marathon help fulfill your highest purpose?  Would it improve your health?

Last week’s message Andean Sweet Spot Health Value looked at the fact that moderate amounts of exercise provided maximum value to natural health and that fun increased success.  This leads to the question, “How much fun?”

The Sweet Spot message mentioned a April 28 edition of New York Times Sunday Magazine entitled “The fitness Oracle” asked Dr. Michael Joyner, a physiologist at the Mayo Clinic in Rochester, Minn. He is an expert on exercise and in that article was also asked about the optimal number of times to exercise each week.

His reply is worth considering and the bolds are mine: “Strength training is also a key,” Joyner says, “especially in late middle age. It likely helps prevent frailty as we get older.” Many gyms have weight-training orientation classes. Or just do push-ups and squats in your living room. Start with one if that’s all that you can do, and then progress to at least 15 or 20.

As for how many days a week to exercise, a recent study of older women found that those who worked out four times a week burned significantly more calories overall than those who exercised either two or, notably, six days a week. The latter group reported to the researchers that they felt pressed for time when they worked out nearly every day and, the researchers suspected, began driving more and otherwise moving around less than they did before the experiment began. The four-times-a-week group seems to have felt the most energized and least time-pressed.

This quote stands out not because four exercise sessions a week are better than six, but because in the whole picture “less” works better.  This thought takes the realities of life into account.  This shows that for a discipline to succeed it must pass three tests:

Retirement Health Test #1:  Does the discipline must be a positive routine?  For example one nutritional routine I follow is to have a very light evening meal.  See why at Longevity Secret.  If  I chose to have chocolate cake (with high fructose corn syrup made with GMO corn) and potato chips with clam dip made with soy as that light meal… then the routine might not be too positive.

Retirement Health Test #2:  Does it make the whole of your lifestyle better and easier?  If your discipline makes you feel so pressed for time, money or whatever that you feel stressed, then think about easing back.  The routine should make you feel more, not less comfortable.

Retirement Health Test #3:  Will it last?   Fits and starts are often expensive and lead to worse habits.  If you exercise more you might eat a bit more.  But if the exercise wanes… the extra food might not.   If you work extra hours to earn extra income to invest, but you also spend a little more, well this can lead to worse habits also.  When fatigue stops the overtime… the added spending might remain.

Fortunately we really are dream machines and our simple state of being makes it possible for us to fulfill our destinies of health, wealth and service.

In health, take our VO2 max (maximal oxygen uptake) as an example,   This is the standard measure of aerobic fitness.   Many people jog and cycle and walk to improve their VO2.  Yet half of a human’s VO2 max is innate.   Most of us are born fit and it does not require a monumental effort to remain that way.

In wealth we are also born as dream machines.   We can imagine and achieve our financial destiny through service.

To find this destiny,  have a purpose instead of a goal.  Goals are what we come with through our thinking and our logic.   Our purpose comes from our feelings and our heart. Our destiny is far wiser… infinitely more flexible… capable of rolling with punches and shifting with change.  The economic and lifestyle goals of many will change with the economic turbulence ahead.  Those who are strongly devoted to  a broad purpose have an advantage.

They might be knocked sideways by changing financial tides, but they’ll get up… dust off and move on with their purpose… because a purpose is not limited by size… duration or magnitude. We can move on with a purpose regardless of external events.  Action in down times is easier… more productive and can take advantage of the value created on the downside of every curve.   Those depending on goals and mathematical bottom lines can lay stricken by their shattered logical goals.

This is why we try to invest and do business with a purpose and always remember the quote I have framed on my desk… “Action is Thy Duty… Reward Not Thy Concern”.   We set simple, comfortable, enjoyable routines that keep us moving forward with our purpose, without great concern with where the currents carry our correct actions.

As you set out to create your pinnacle career remember that less can be more!  Whatever medicine you decide to take, for mind, body, spirit or pocketbook, keep in mind that the dose may be as important as the act.

Learn how to use Super Thinking to make discipline and routines more effective.