The Most Powerful Memory

Our Super Thinking program uses Baroque music to enhance intelligence.  There is growing evidence that music improves the mind’s function in many ways. 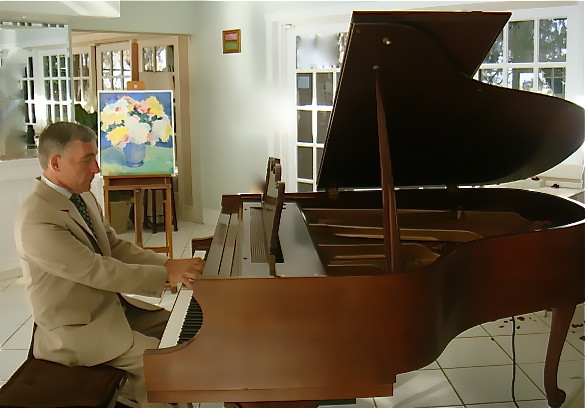 See how this photo can send you a powerful clue on ways to increase your intelligence.

Music can be used to improve the mind in numerous ways.

For example it can help those who have mental imbalances.

The article “Dementia Therapy and Music” at alzheimers.aplaceformom.com shows that music can even help relieve Alzheimer’s and dementia.

Here is an excerpt from the article: The man had not spoken in three or four years. An older man in the late stages of Alzheimer’s, he could no longer care for himself and required a high level of assistance in his daily activities of living.

But on one particular day, Concetta Tomaino, DA, a certified music therapist, offered a different kind of dementia therapy-she sang an old Yiddish song to him and some of her other patients. “You could tell by his face that he was watching,” recalls Tomaino. From a man in his condition, attention was a lot to ask for.

“Whenever I got a chance I played this song to him and sang to him. Within a month of doing this, he was making an attempt to speak, and he eventually started singing the song himself. He also started talking again. He continued talking and lived for many years after that.”

The Brain and Music

Just how the brain and body process music remains mysterious. Tomaino, director of the Institute for Music and Neurologic Function at Beth Abraham Family of Health Services in New York, says we at least know music is processed on many levels at once.

“Why it’s so positive is that we process music with almost every part of our brain,” she says. “Music that has personal significance to someone or is connected with historical events is a strong stimulus to engage responses in people, even in late stages of dementia. Even if they’re not necessarily able to tell you what the song is, they are able to be moved and feel the associations.”

Tomaino and other researchers have found a strong connection between the human brain’s auditory cortex and its limbic system, where emotions are processed. “This biological link makes it possible for sound to be processed almost immediately by the areas of the brain that are associated with long-term memory and the emotions,” she says.

The Institute for Music and Neurologic Function was founded on Tomaino’s observations, together with those of noted neurologist and colleague Dr. Oliver Sacks and others, that many people with neurological damage learned to move better, remember more, and even regain speech through listening to and playing music. In numerous clinical studies of older adults with Alzheimer’s and other forms of dementia, familiar and likable music, not medication, has reduced depression; lessened agitation increased sociability, movement, and cognitive ability; and decreased problem behaviors.

Some say math is the language of the universe, but on earth it is music. Bone flutes, jaw harps, and percussive instruments were already being used more than 30,000 years ago to express qualities of human experience. Music, like food, is central to virtually every culture on earth, and in fact might be considered a type of food for the brain. Ancient Greeks believed music’s mathematic progressions and its harmonic qualities, ratios, and scales made for a better mind, so its study was required as part of a good education.

The modern method of using music to heal, called “music therapy,” was born after World War II when physicians and nurses in veterans hospitals noticed their patients improved after listening to music. Today, more than seventy music therapy programs are accredited in the United States by the American Music Therapy Association, which defines music therapy as “the clinical and evidence-based use of music interventions to accomplish individualized goals within a therapeutic relationship…”Whereas words are the psychotherapist’s medium, music is the medium of the music therapist, who is typically a trained musician.

There is a link to the entire article below and includes an address for the American Music Therapy Association.

Music also can be used to improve the ability to learn.

An article entitled “Music and intelligence: A guide for the science-minded parent” by Gwen Dewar, Ph.D.  outlines this phenomenon.  The article says:

However the article also correctly shows that using music to learn better does not create immediate permanent changes in intelligence.  The music is like a suit of cloths. When you use it… it works. When you take it off, it stops.

Baroque music assists in absorbing and recalling information plus improves creativity… when it is used.

The article continues and says:  Music might help prime people for concentrating on spatial tasks, and there is evidence that kids who listen to music while they draw produce more creative artwork.   But that’s about it.

In other words… we can use Baroque music to be smarter… when we use it.   There is an immediate change in brain waves… but these changes are not immediately permanent.  If the music is used enough times… then I believe that permanent positive does take place… or at least the benefits are longer lasting.

There is however a way to balance the mind for the better with music that has fast… long lasting impact.

Music and intelligence:  How musical training shapes the brain

Brain scanning technologies have permitted neuroscientists to test ideas about the link between music and intelligence.

And some of the results are clear:

For instance, if you examine the brain of a keyboard player, you’ll find that the region of the brain that controls finger movements is enlarged (Pascual-Leone 2001).n

Moreover, brain scans of 9- to 11-year old children have revealed that those kids who play musical instruments have significantly more grey matter volume in both the sensorimotor cortex and the occipital lobes (Schlaug et al 2005).

In fact, musicians have significantly more grey matter in several brain regions (Schlaug et al 2005), and the effects of music lessons seem to increase with the intensity of training.

One study compared professional keyboard players with amateurs. Although both groups had music training, the professionals practiced twice as much. The professionals also had significantly more grey matter volume in a number of brain regions (Gaser and Schlaug 2003).

It’s not simply a case of genetics—-i.e., that people with more grey matter volume are more likely to become musicians. Research suggests that the brains of non-musicians change in response to musical training.

In one study, non-musicians were assigned to perform a 5-finger exercise on the piano for two hours a day. Within five days, subjects showed evidence of re-wiring. The size of the area associated with finger movements had become larger and more active (Pascual-Leone 2001)

You can learn better using the techniques we teach in our Super Thinking sessions.  They work as long as you continue to use the techniques.

To get the fastest enhancement of intelligence through the use of music… create as well as listen to music.

If you do not have time or the desire to play a musical instrument… Super Thinking through music is still a wonderful educational and creative tool… with nothing to lose.   As the great reggae legend Bob Marley  is quoted, “One good thing about music, when it hits you, you feel no pain.“

“Without music, life would be a mistake.”  Friedrich Nietzsche

We teach how to use Super Thinking to Learn how to speak Spanish in three days.  See details here.