There are special B&B opportunities in Ecuador and abroad.

We’ll look at a potential B&B opportunity in Bahia, Ecuador with this view in a moment. 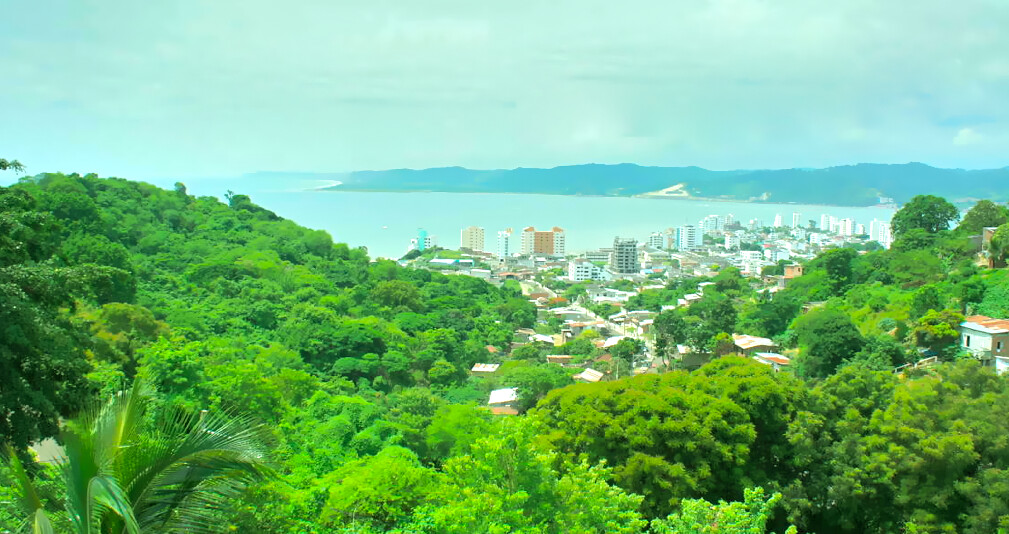 (click on photo to see this B&B view better)

First let me outline why B&Bs in countries such as Ecuador make extra value sense.  I can sum up the reason in three words… “Common sense & code.”

In 2008 our sites began looking at the growing trends in buying distressed homes for use as rental units.  Seeing this unfold was a no-brainer.   Now this idea is hot with major institutions investing billions into buying houses for rentals.

We also expressed our believe that a return of the boarding house would grow.   Here we missed the mark by forgetting how little common sense goes into the American legislative process at not only federal but local levels as well.

A great article at daily.sightline.org entitled “Emancipating the Rooming House -Dormitories for grown ups” gives us a clue. Here is an excerpt:   They may not be for you, but rooming houses and other small, basic dwellings should not be against the law. Some people want them — need them, in fact — and they provide housing affordably, with a tiny ecological footprint, and in walkable neighborhoods. Yet across most of the metropolitan Northwest, these basic homes are currently forbidden or rendered unprofitable by local codes.

Historically, the bottom of the scale for inexpensive housing was not the rooming house but the flophouse: essentially a hall of bunks or sleeping slabs. Aside from charitable homeless shelters, the Northwest no longer has flophouses. A century of regulation shut them down. But in Japan, they live on in modern form in “capsule hotels,” which rent enclosed sleeping spaces by the hour or the night. In one $30-a-night Tokyo hotel (pictured below), the sleeping capsules are stacked two high and are just big enough for a single mattress. Yet they each offer air conditioning, a radio and mini-TV, a reading light, and a privacy screen. Guests share bathrooms, showers, and a lounge, restaurant, and bar. 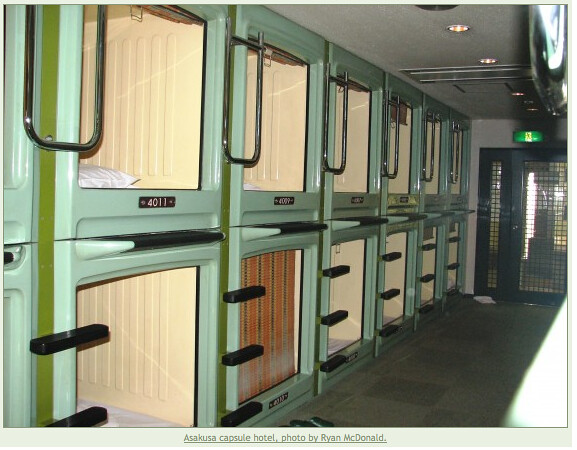 In the Pacific Northwest, such 21st century flophouses would be illegal on any number of grounds: The “rooms” are much too small: habitable rooms may not be less than 7 x 7 feet in Seattle, for example; sleeping rooms must be bigger still.

And that’s in Seattle, which has one of the more permissive housing codes in Cascadia. The hotels do not provide off-street parking for each room, and some of the hotels do not have enough bathrooms per room to satisfy Northwest codes (typically one per eight units). The “rooms” themselves — the capsules — are code-enforcers’ nightmares: among other things, they lack the windows, fire-safe doors, smoke detectors, and closets required of each legal bedroom in most Northwest cities. If regulated as dormitories (bunkhouses), rather than as separate bedrooms, meanwhile, they would violate other rules: they lack the requisite unencumbered floorspace, for example.

That hotel might seem awful… but folks we have people living in tents and cars.

Yet the sad reality is that although boarding houses would be a great idea for many… both those who need a place to live and those who need the extra income, the rules often do not allow them.

Cumbersome B&B regulations do not exist in Ecuador and many other countries.

So this inexpensive home in.. 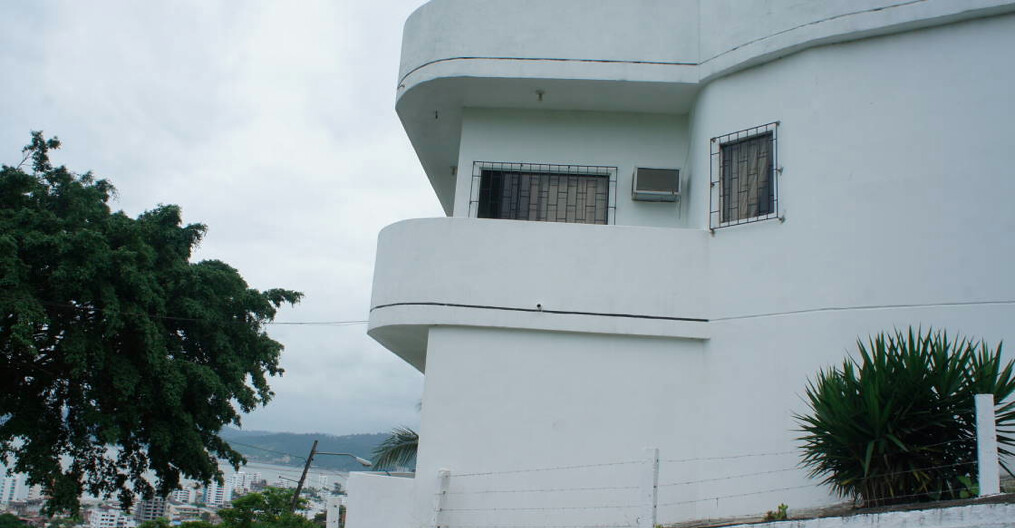 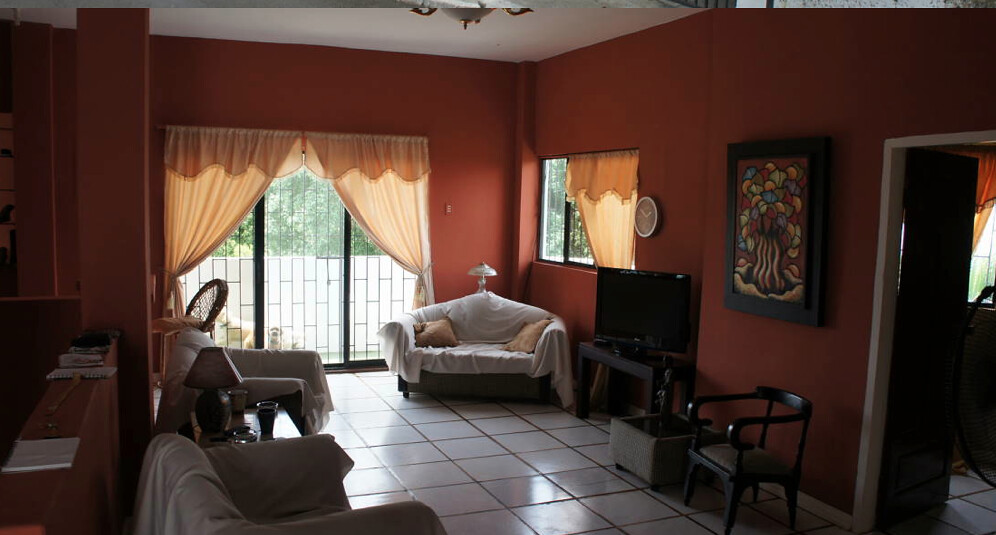 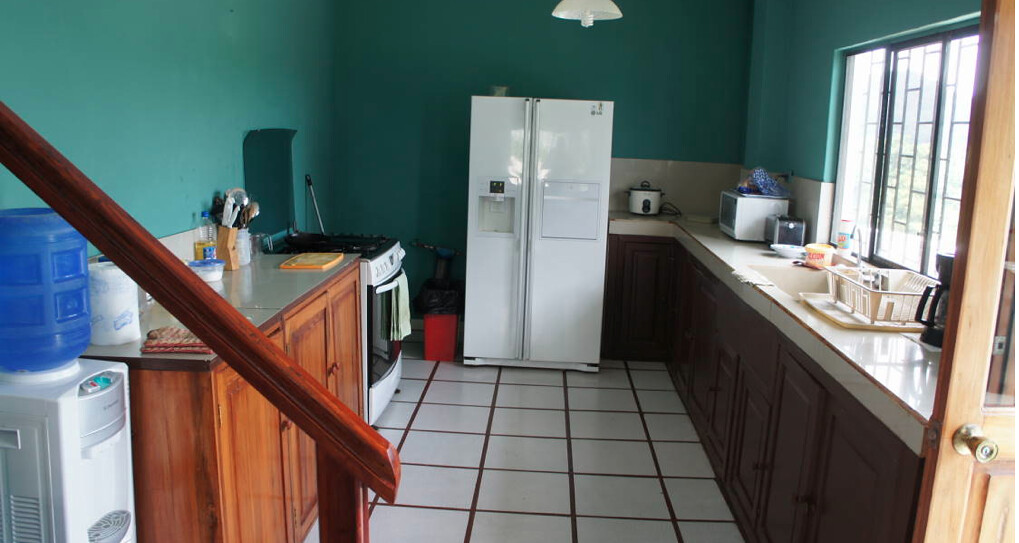 This 5 bedrooms, 4 bathroom home has an added suite with bath and garage. 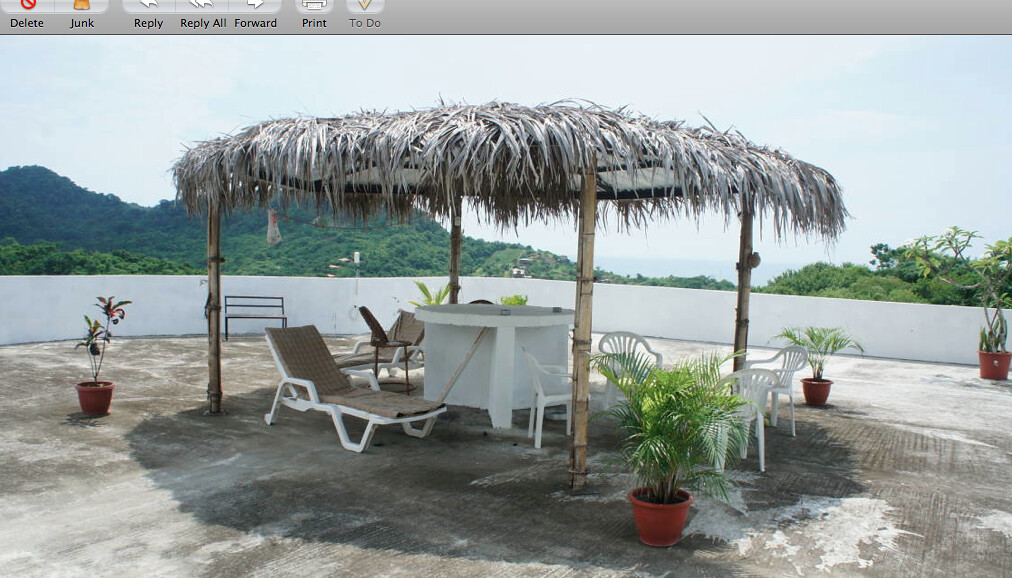 There is a rooftop garden so this is a small B & B opportunity with a beautiful panoramic ocean and city view! 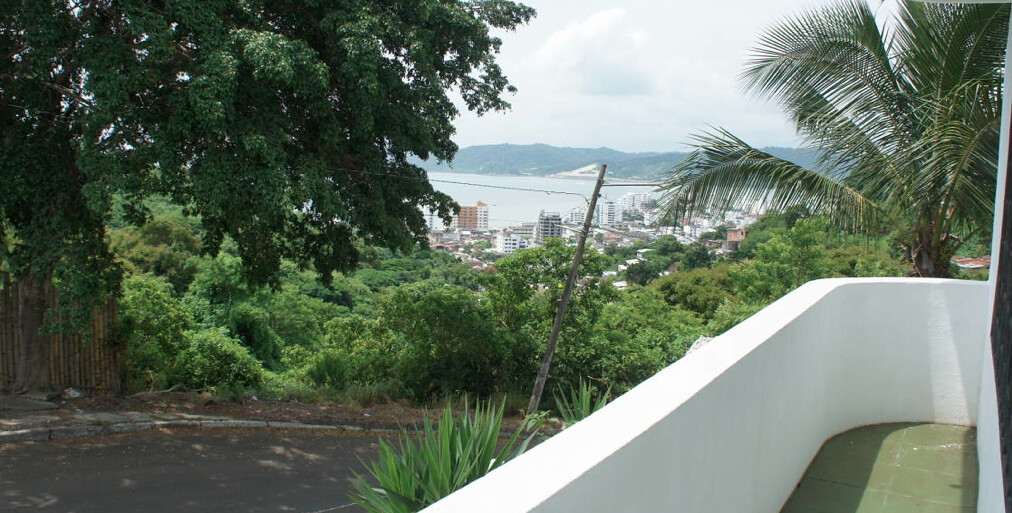 We DO NOT investigate properties when they are advertised so be sure to complete your due diligence.  Always use an independent Ecuador attorney who represents you (not the seller) when you buy real estate in Ecuador. We also recommend that you rent, become familiar with Ecuador before you buy.

← The Camera is Mightier than the Sword Natural Health Cancer Special →