How to Avoid Financial Wipeouts

How can we avoid financial wipe outs?

I know a man… a CPA and a good guy… who was successful.  He knew taxes. He knew markets and finance and prudently managed money for his clients.  Then he had an ugly divorce.  The spouse told the SEC he was mismanaging money. She told the IRS that he was not paying his taxes.  Neither claim was true yet the IRS froze his (and his client’s) accounts.  That did bring in the SEC and complicated the situation to such a degree the man had a heart attack brought on in part by the stress.  By the time this good person, who had always followed the rules and done well, left the hospital and corrected everything, he was financially wiped out. 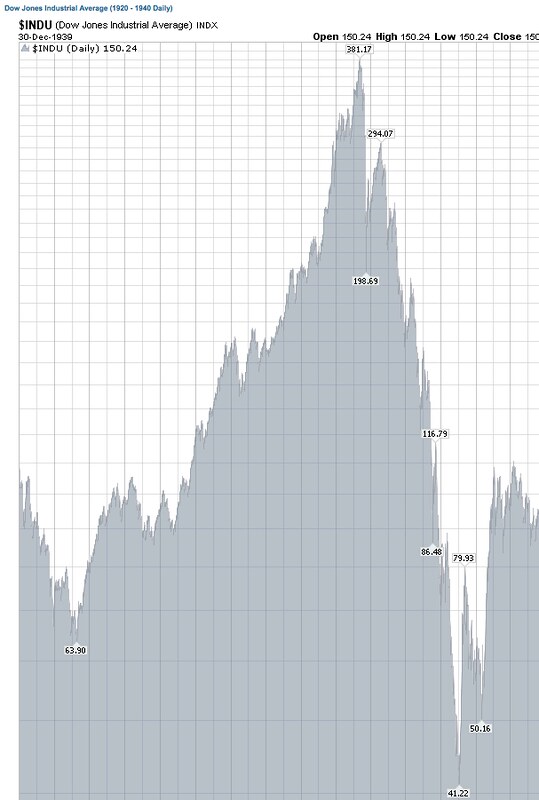 The lesson here is get along with people, especially your spouse!

Yet there are three other common ways to get financially wiped out.

One wipe out comes from joining market hysteria when stock markets… like the Dow in 1934 and the early 1980s and 2009 are blasting up like a rocket. 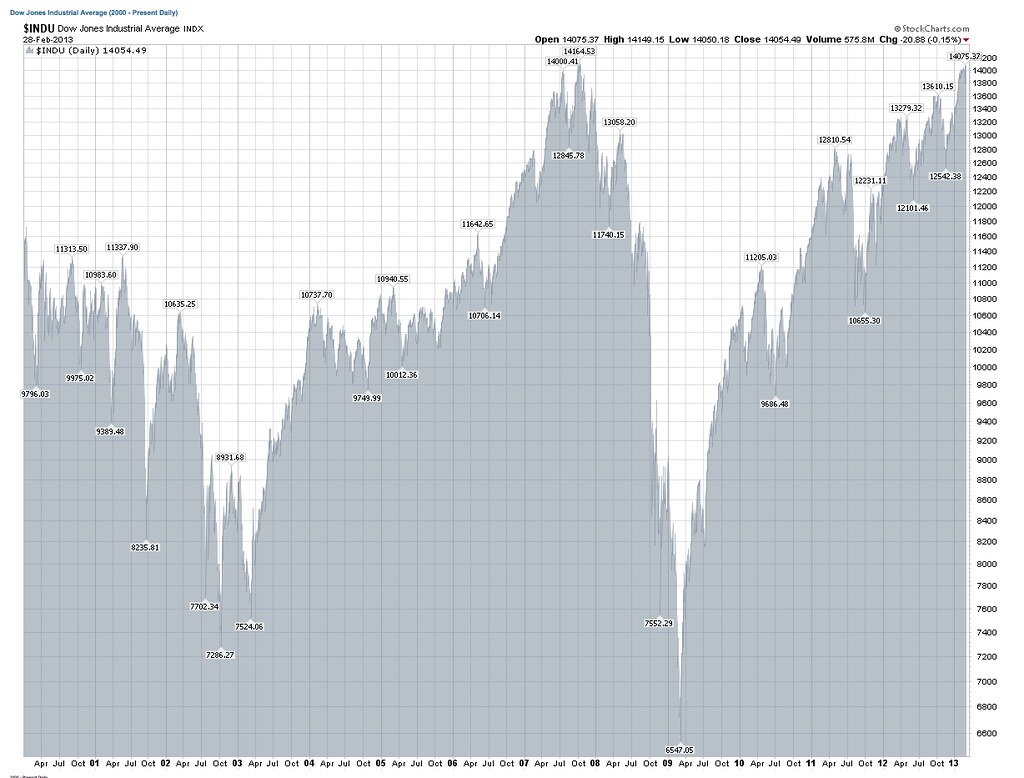 Sometimes people are financially wiped out through no fault of their own.  This is just bad luck… or karma. Call it what you choose.

Here are several steps you can do to make sure your luck is good instead.

First, remember a golden rule about all markets that can help you avoid a financial wipe out.

One way to avoid financial wipe outs from crashing markets is to always seek value… diversify and do not speculate with more than you can avoid to lose.

The second rule is to look after your health.  A dollar of natural health prevention may be worth thousands of dollars of medical intervention care.

An article at entitled “Eleven Thousand Bucks for Eleven Minutes: Hospital Overcharging” by Gordon Gibb tells why.  Here is an excerpt.

Eleven Thousand Bucks for Eleven Minutes: Hospital OverchargingOne elderly patient, who was taken to the emergency room of a hospital after falling out of bed, wound up being diagnosed with a series of problems requiring intensive testing and a stay in hospital followed by rehabilitation in a nursing home. The nursing home charges of $65,000 were the responsibility of the patient, given the elderly couple had no long-term disability insurance.

However, various additional charges stemming from his hospital care totaling $22,000 were analyzed line-by-line, as is Poole’s habit in her detective work. She had reason to dispute the medical bill. Poole found charges for brand medications where the patient had ordered a generic. Some services were double-billed. The patient was also billed for a private room he didn’t ask for, but got simply because the hospital had nowhere else to put him.

In total, after going over the emergency room cost and other examples of hospital overcharging, a bill for $22,000 was whittled down to $3,915.

There’s more. The total hospital bill came out at $132,000. The patient was billed, for his share in one area, at $9,200 and was told he had ten days in which to pay. Upon investigation of ER charges and other costs by Poole, the patient actually had to pay just $164.99.

Emergency room fees and other costs related to hospital care have become fodder for a growing dialogue over what are the real costs of health care, v. what is actually billed. The New York Times revealed an $11,000 bill received by a patient for minor surgery to his hand that took no more then eleven minutes to complete.

Simply put… medical bills can wipe out even the most conservative and fiscally prudent person.

All you can do in a situation like that above is hire a lawyer and fight the bill.  Right?

Wait a minute… legalese is the 3rd way to be wiped out.

A New York Times article “Suit Offers a Peek at the Practice of Inflating a Legal Bill”  by Peter  Lattmandam shows why this can happen.

Here is an excerpt form the article.  H. Victor, an energy-industry entrepreneur, accused the law firm DLA Piper of overbilling.

The e-mails, which emerged in a court filing late last week, provide a window into the thorny issue of law firm billing. The documents are likely to reinforce a perception held by many corporate clients — and the public — that law firms inflate bills by performing superfluous tasks and overstaffing assignments.

The internal correspondence of the law firm, DLA Piper, was disclosed in a fee dispute between the law firm and Adam H. Victor, an energy industry executive. After DLA Piper sued Mr. Victor for $675,000 in unpaid legal bills, Mr. Victor filed a counterclaim, accusing the law firm of a “sweeping practice of overbilling.”

Mr. Victor’s feud with DLA Piper began after he retained the firm in April 2010 to prepare a bankruptcy filing for one of his companies. A month after the filing, a lawyer at the firm warned colleagues that the businessman’s bill was mounting.  “I hear we are already 200k over our estimate — that’s Team DLA Piper!” wrote Erich P. Eisenegger, a lawyer at the firm.

Another DLA Piper lawyer, Christopher Thomson, replied, noting that a third colleague, Vincent J. Roldan, had been enlisted to work on the matter.

William G. Ross, a law professor at Samford University’s Cumberland School of Law who specializes in billing ethics, said that the DLA Piper e-mails appeared to support what several of his studies had shown: that churning, while not endemic, is an insidious problem in the legal profession.

In a survey of about 250 lawyers that Professor Ross conducted in 2007, more than half acknowledged that the prospect of billing extra time influenced their decision to perform pointless assignments, such as doing excessive legal research or extraneous document review. There is also the issue of “featherbedding,” he said, or throwing armies of bodies at every problem.

This is where the six point command posture and good legal planning can really help to make any judgement resistant.

Live in one country

Bank in a second country

Invest in many countries

Earn in two or more countries

Use a company incorporated in a fifth country

Have an office in a sixth country

I originally introduced this idea in my first book, “Passport to International Profit “published in 1978… 35 years ago.  This is a fairly complicated structure that can run up legal bills in its own right but even if you use even two of these six points you dramatically improve asset protection.

For example if you earn your income with an LLC that has an overseas bank account… the chances of a judgement creditor reaching your assets are seriously diminished. 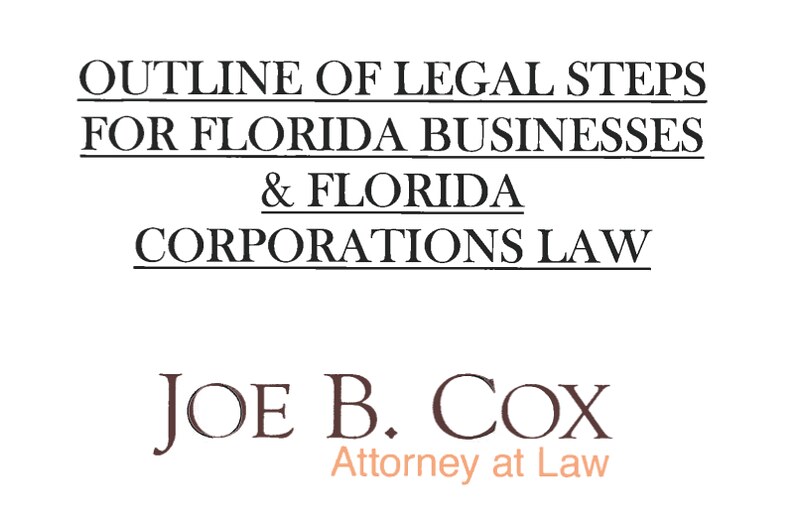 “Borrow Low Deposit High – Multi Currency Subscribers” and  can read a report on how to use LLCs with overseas bank accounts here.

Learn how to subscriber to Borrow Low Deposit High

Crashing markets, medical bills or legal costs can wipe out a lifetime of savings.  The steps above and the basic advice… always seek value and diversify can help you avoid being wiped out.