Driving into Mount Dora to conduct a seminar this week, I caught some great shots of the sun rising over the morning mists. 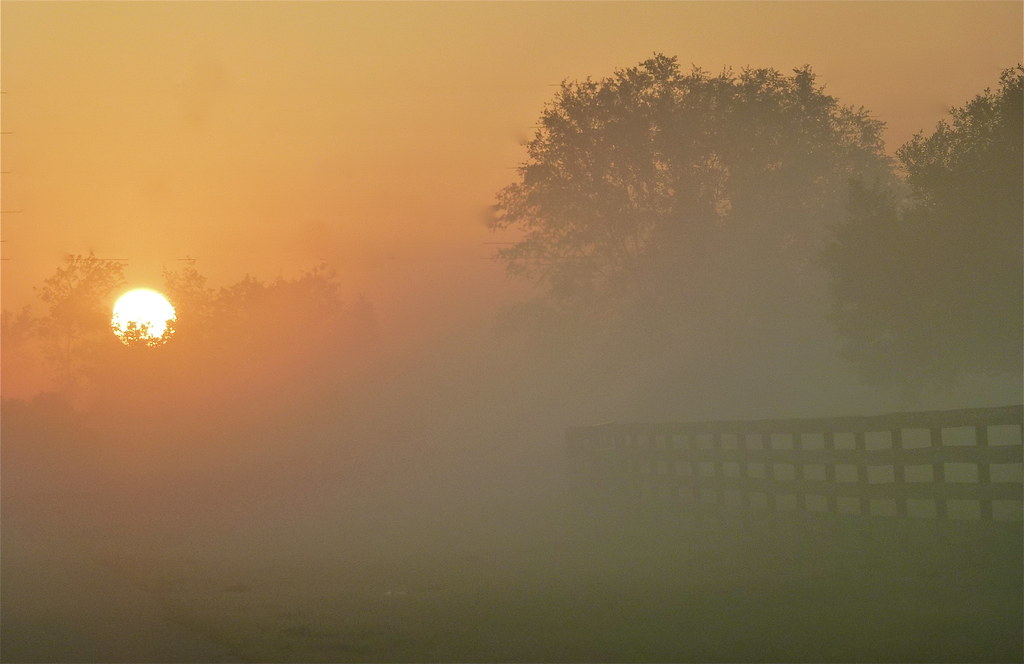 This reminded me about the rising risks in the land of the Rising Sun. 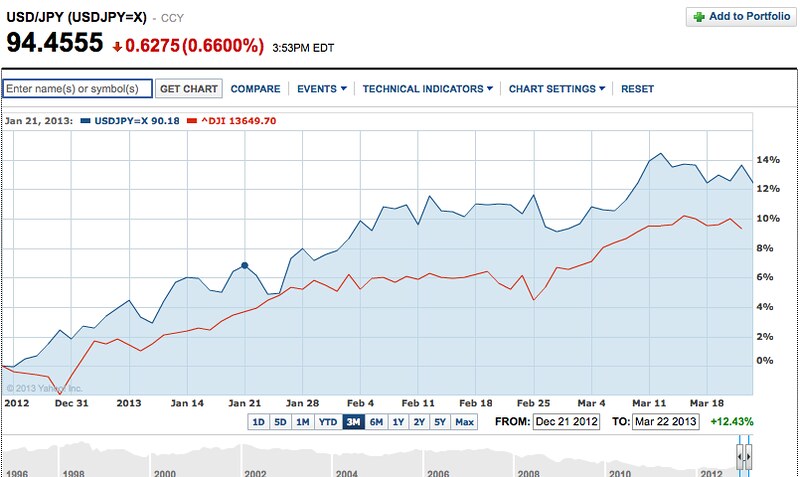 US dollar versus yen and comparison to Dow Jones Industrial average chart from www.finance.yahoo.com.  Click on chart to to enlarge.

Just over three months ago, the December 12, 2012 message at this site “Multi Currency Sandwich” suggested shorting the Japanese yen and investing the loan in dollars and euro.

What a ride!  The dollar has appreciated over 12% versus the yen in the last quarter. This rise is even higher than that of the skyrocketing Dow Jones Industrial average (red line in chart above).

Those who borrowed yen and invested in the Dow Jones industrial average… earned both the 9.5% and 12% profit or 21.5%… in three months..

That yen loan is not so safe at this time.  The fall of the yen may slow… enough to alter the risk reward scenario.

Here’s why we need to reconsider the risk.

The Bank of Japan previously stated it wanted the yen to fall to 100 yen per US dollar.

Recently however the Bank of Japan stated it would double its inflation target to 2 percent and commit to an open-ended asset purchase program starting in 2014 to boost the growth in Japan’s economy.  This caused the yen’s biggest one-day rise against the U.S. dollar in eight months.

The downward move of the yen which has depreciated 11 percent against the greenback in the past three months – could slow while investors worldwide watch to see if the Bank of Japan’s statements are supported by action and to see if this action actually causes growth.

The appearance is that the Bank of Japan has made some dramatic changes to monetary policy.  This makes expectations of a Japanese recovery and stronger yen high.  If these expectations are smashed… then we could see the yen fall further.

For now… be careful with borrowed yen.  This has been a great play for the last three months. Last December the risk looked low and the reward high.  Now the risks look higher and the rewards not so assured.