WWIV could set mankind into a new phase on enhanced productivity. 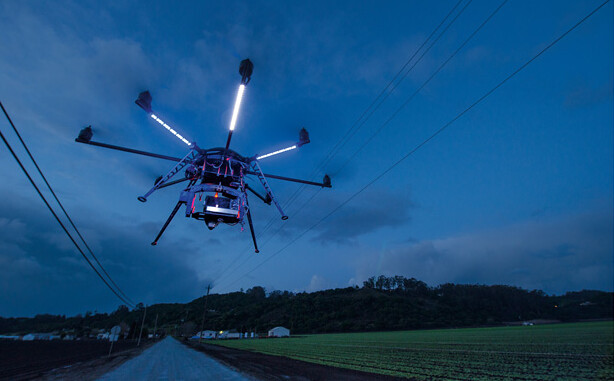 The National Geographic article below “The Drones Come Home” by John Horgan gives those worried about government intrusion (like me) some pretty scary information.

First remember there are only three days left to order Ecuador flowers for Easter. 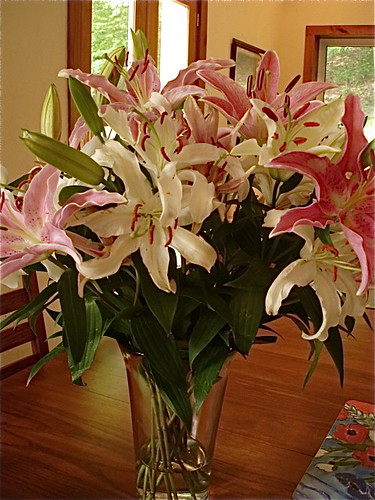 See how to order Ecuador flowers for Easter here

Here are some excerpts:  Unmanned aircraft have proved their prowess against al Qaeda. Now they’re poised to take off on the home front. Possible missions: patrolling borders, tracking perps, dusting crops. And maybe watching us all?

Then came 9/11, followed by the U.S. invasions of Afghanistan and Iraq, and drones rapidly became an essential tool of the U.S. armed forces. The Pentagon armed the Predator and a larger unmanned surveillance plane, the Reaper, with missiles, so that their operators—sitting in offices in places like Nevada or New York—could destroy as well as spy on targets thousands of miles away. Aerospace firms churned out a host of smaller drones with increasingly clever computer chips and keen sensors—cameras but also instruments that measure airborne chemicals, pathogens, radioactive materials.

The U.S. has deployed more than 11,000 military drones, up from fewer than 200 in 2002. They carry out a wide variety of missions while saving money and American lives. Within a generation they could replace most manned military aircraft, says John Pike, a defense expert at the think tank GlobalSecurity.org. Pike suspects that the F-35 Lightning II, now under development by Lockheed Martin, might be “the last fighter with an ejector seat, and might get converted into a drone itself.”

So far only a dozen police departments, including ones in Miami and Seattle, have applied to the FAA for permits to fly drones. But drone advocates—who generally prefer the term UAV, for unmanned aerial vehicle—say all 18,000 law enforcement agencies in the U.S. are potential customers. ands of potential users, they’ll think of lots of cool applications.”

What, one might ask, will prevent terrorists and criminals from getting their hands on some kind of lethal drone? Although American officials rarely discuss the threat in public, they take it seriously. The militant Islamic group Hezbollah, based in Lebanon, says it has obtained drones from Iran. Last November a federal court sentenced a Massachusetts man to 17 years in prison for plotting to attack Washington, D.C., with drones loaded with C-4 explosives.

Exercises carried out by security agencies suggest that defending against small drones would be difficult. Under a program called Black Dart, a mini-drone two feet long tested defenses at a military range. A video from its onboard camera shows a puff of smoke in the distance, from which emerges a tiny dot that rapidly grows larger before whizzing harmlessly past: That was a surface-to-air missile missing its mark. In a second video an F-16 fighter plane races past the drone without spotting it.

The prospect of American skies swarming with drones raises more than just safety concerns. It alarms privacy advocates as well. Infrared and radio-band sensors used by the military can peer through clouds and foliage and can even—more than one source tells me—detect people inside buildings. Commercially available sensors too are extraordinarily sensitive. In Colorado, Chris Miser detaches the infrared camera from the Falcon, points it at me, and asks me to place my hand on my chest for just a moment. Several seconds later the live image from the camera still registers the heat of my handprint on my T-shirt.

During the last few years of the U.S. occupation of Iraq, unmanned aircraft monitored Baghdad 24/7, turning the entire city into the equivalent of a convenience store crammed with security cameras. After a roadside bombing U.S. officials could run videos in reverse to track bombers back to their hideouts. This practice is called persistent surveillance. The American Civil Liberties Union (ACLU) worries that as drones become cheaper and more reliable, law enforcement agencies may be tempted to carry out persistent surveillance of U.S. citizens. The Fourth Amendment to the Constitution protects Americans from “unreasonable searches and seizures,” but it’s not clear how courts will apply that to drones.

What Jay Stanley of the ACLU calls his “nightmare scenario” begins with drones supporting “mostly unobjectionable” police raids and chases. Soon, however, networks of linked drones and computers “gain the ability to automatically track multiple vehicles and bodies as they move around a city,” much as the cell phone network hands calls from one tower to the next. The nightmare climaxes with authorities combining drone video and cell phone tracking to build up databases of people’s routine comings and goings—databases they can then mine for suspicious behavior. Stanley’s nightmare doesn’t even include the possibility that police drones might be armed.

This is scary stuff indeed but probably not the cause of WWIV which may be being fought right now.

The National Geographic article that drone GPS systems are vulnerable.  Signals can be blocked or  jammed.  The article tells how in 2011, a CIA drone crash in Iran may have been diverted by hacking the GPS.

The article says:  The White House demanded Monday that the Chinese government stop the widespread theft of data from American computer networks and agree to “acceptable norms of behavior in cyberspace.”

The demand, made in a speech by President Obama’s national security adviser, Tom Donilon, was the first public confrontation with China over cyberespionage and came two days after its foreign minister, Yang Jiechi, rejected a growing body of evidence that his country’s military was involved in cyberattacks on American corporations and some government agencies.

The White House, Mr. Donilon said, is seeking three things from Beijing: public recognition of the urgency of the problem; a commitment to crack down on hackers in China; and an agreement to take part in a dialogue to establish global standards.

“Increasingly, U.S. businesses are speaking out about their serious concerns about sophisticated, targeted theft of confidential business information and proprietary technologies through cyberintrusions emanating from China on an unprecedented scale,” Mr. Donilon said in a wide-ranging address to the Asia Society in New York.

“The international community,” he added, “cannot tolerate such activity from any country.”

No one can tolerate this type of activity because he who controls hacking could control almost everything:  the drones, the planes, the rockets, the ships, the communications!  We live in a software world and hackers could control it all or enough to wreak havoc.

This could be the epic struggle… WWIV… a conflict about the control of software.  We had WWI, WWII and the Cold War. This could be the Soft War.  Despite the lack of shooting… the determination to win and battles through unbridled R&D could bring new technology and greater productivity for mankind.

If so, the new technology will be the next Microsoft of the 1980s, the next internet of the 1990s. watch for it.  I will also and share what I see with you here.

If the war breaks down a nation’s ability to operate its infrastructure by computer… the best places to be will be where food is abundant.  You’ll want to look for places where the population know primitive farming and where the weather is always good… like Ecuador.

Learn more about 17 years waves created by war and productivity and how to invest in these cycles with our multi currency report.