Trading Down in the global economy is accelerating as middle classes around the world grow.

We can see an example of Trading Down that started in 1954 reflected in Ray Kroc’s concept of franchising and fast food. 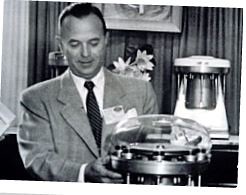 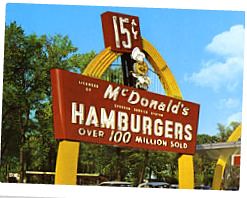 By 1958 McDonalds had sold 100 million hamburgers… a nutritional disaster…. but a sign of the times… when the middle class and boomers entered a golden era of having more material stuff.  To  have more income, families traded down their lifestyle. Instead of one person in a family working, both took jobs.  This shifted dining and eating from home to eating in restaurants and in the car.

These ideas worked because 60 million American baby boomers and their parents were shifting into a golden era.  This figure more than doubled over the years ahead as boomers in Western Europe and Japan entered the era too. Franchising sped the system along.

Now BILLIONS more are entering the middle class.  This will accelerate “Trading Down”.   This means that businesses will expand their efforts more on serving the poor emerging middle classes instead of the rich shrinking middle classes.


We can see trading down already taking place in the airline industry as airlines test seats where one almost stands up! 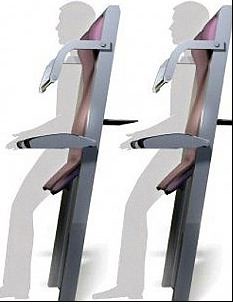 Here is how those seats would look.

A Daily Mail article  entitled Ryanair to sell standing room only tickets for £4… funded by charging passengers to use the toilet by Ray Massey makes air travel look even worse!

The article says: Air passengers might soon be able to fly from just £4, with ample leg room to boot.


There’s just one small catch, it seems – they’ll have to stand.


Instead of being allocated a seat, Ryanair travellers would perch on a narrow shelf and lean against a flat padded backboard.


They would be restrained with a strap stretching over their shoulder, the budget airline said.


But the bizarre initiative ran into an immediate obstacle.


Last night Ryanair’s chief executive Michael O’Leary went ahead regardless with his announcement of plans to remove the back ten rows of seats from 250 planes and replace them with 15 rows of so-called ‘vertical seating’.


Two lavatories at the back could also be removed, helping to allow up to 50 extra passengers on each flight.

Standing up and removing toilets on flights might seem crazy… but look at the facts. Less Western fliers can afford the fares.  Maybe 1 billion Indians and Chinese are getting ready to be able to afford their first trip.  Standing up might seem impossible to those of us who were raised with the concept of champagne flights…  but this new wave of consumers have just come off ox carts or bicycles at best. The stand up flight is a big step up for them.

That lower end is the growth sector and the middle and even upper middle may well be drawn down.  Function will become more important than service.

Where is the Silver Lining?

We live in the richest, most incredible era that mankind has ever known. Our poorest have more than the richest of just centuries ago. Yet this can be hard to remember when caught in the day-to-day rush of the material rat race.   You we can continue to grow with the benefit of smallness, which is an overriding trend in this era.

Sometimes what seems like the worst event in our lives leads to the best.

There are several ways to adapt to trading down and profit in the process as you help your community mitigate the change.  One way is to focus on Smalltown USA.

An Economist article entitled “Cheer Up” shows why Smalltown USA has great potential (bolds are mine).

That article begins and outlines the national problem and says:  Growth is sluggish, unemployment is high and investors are wary. America’s public debt is approaching $17 trillion, more than 100% of GDP, and it has been growing fast. Much of this stems from the transitory effects of the recession, but it will get worse rather then better. On the current trajectory, the soaring costs of Medicare and Medicaid, the government’s health-care schemes for the old and the poor respectively, along with Social Security, the state pension scheme, will consume all federal revenues within a generation, leaving nothing for anything else.

The article explains why the continual bickering in Washington does not help and then points out the positive and says:  The country is spending as much of its output on R&D as it ever has, and continues to come up with dramatic breakthroughs, such as “fracking” for oil and gas.   It still towers over emerging giants like China in crucial matters such as the quality of its research universities and respect for intellectual-property rights. However, the main reason for cheer is that beyond the Beltway no one is waiting for the federal government to fix the economy. At the regional and local level America is already reforming and innovating vigorously.

Local officials are competing viciously to lure migrants and investment. They are using every imaginable enticement, from scrapping income tax to building more bike paths. But they are also embarking on far-reaching reforms. Education, for example, is being turned upside down in the most comprehensive overhaul in living memory.

On infrastructure, mayors and governors are grasping the nettle Congress will not, by coming up with new funding mechanisms.

Many indicators suggest that in this era, the bigness of broadcast is a weakness and that small has increasing strength.   The idea that America is a country of united small entities is returning and the common sense of the population is bypassing Washington and getting the jobs done at a more local level.

This traction from the states, counties, cities, towns and small communities was always America’s strength so as the concepts of BIG cause trading down, those who invest in or have a business in small can create positive opportunity and trade up their lifestyle.

Merri and I are able to live well in Smalltown USA by earning by writing to sell. See how you can as well.

We have currently closed application for additional Independent Publishers for our Positive Community Magazines.

Join us for a writers camp in Smalltown USA this summer.  See our schedule here.

Regarding magazines in Smalltown USA, we have now closed introductions into the beta program and have currently closed applications for additional Independent Publishers for our Positive Community Magazines.   We passed the initial goal of 25 publishers and are working to perfect the model with these publishers before we start additional magazines.