Economic conditions appear to be creating a dangerous investing environment at this time. 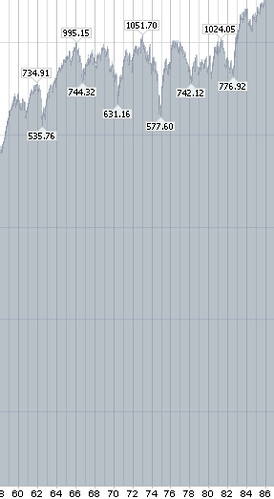 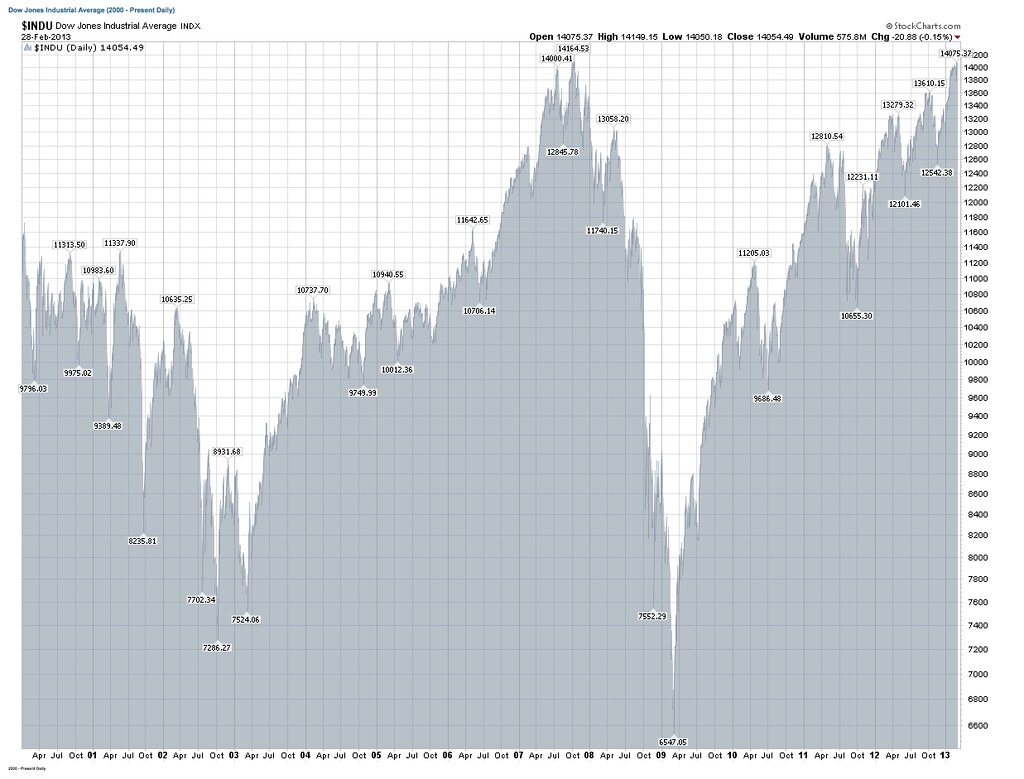 2000 to now Dow chart from  www.stockcharts.com

Has the Dow reached the fourth peak ready for one more sideways bear crash?

This site has tracked the Dow’s 15 to 20 year year cycles for many years and the  patterns are eerily similar.   There are many reasons why we could now see another sharp retraction in the Dow and these charts support that thought.   In 1974 the Dow collapsed nearly 50% before the great run up that began in the 1980s.

This means we should be very cautious and think beyond the Dow.

Multi currency investing offers one way to gain added security and profit in such dangerous times.

This is our 45th year of recommending multi currency portfolios for a better retirement. During these four and a half decades we have always  recommended “do not trust any one currency or banking system”.

Now it is easier to protect your retirement savings and make them grow. There is a new way to have a protected retirement through the bank safety of Canada and Denmark.

Many countries are plagued with excess and hidden debt that no one currency can be trusted.  The continued loss of the US dollar’s purchasing power can diminish better retirement opportunities.

Photo from shtfplan.com titled  “What the Romans took nearly three centuries to accomplish, our Federal Reserve has done in less than one hundred years.” 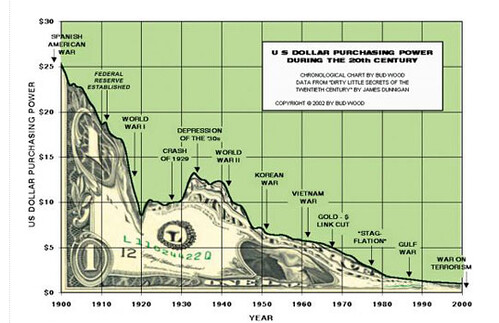 Since the release of my first book “Passport to International Profit” written in the 1970s, I have preached and practiced being beyond any one currency system by being a One Man Multinational.

The core message in “Passport to International Profit” is to integrate your lifestyle with your investing and business, plus take advantage of what numerous countries have to offer financially.   The first basics steps in this process are:

#2: Bank in a second country that is safe and that you really enjoy.

#3: Invest in more than one strong currency.

Merri and I believe that being global is vital from an investing and business point of view and enlivening for one’s lifestyle.  With modern travel and communications technology, why not?

For the past 25 or so years the core of our multi program has been via an account at Jyske Bank… Denmark’s second largest bank.  Since 2008, our account and those of other Americans using Jyske have been managed by Jyske’s subsidiary Jyske Global Asset Management (JGAM).

A very positive evolution has now taken place.  JGAM announced the transfer of that management role to ENR Management in Montreal, Canada as of September 13, 2013.

Here is why I am delighted to see this new service.

First, before I explain why Americans gain seven benefits from this change, let me hasten to say that all managed assets will remain at Jyske Bank in Denmark… as the custodian.

Yet the transfer of the management role to Montreal brings these seven positive benefits.

Benefit #1:  Assets are now managed and regulated not only through the Securities Exchange Commission, but through two of the world’s safest banking communities in the world, Canada and Denmark.

Here are the Top Seven Safest countries to bank in based on the World Economic Forum’s Global ranking index.

Benefit #2: Advisory clients will be able to have more control and input in their accounts and choose a larger variety of investments.

JGAM as a Danish company had to follow US and Danish securities regulations which inhibited the ability of JGAM to allow clients to select individual shares.  This rule will not inhibit as many investors when assets are managed from Canada.

Benefit #5: The managers will be physically closer.   No matter where one lives in the USA,  Montreal is closer than Copenhagen.  Those of us on the U.S. East coast will get to visit our investment mangers without jet lag.

Benefit #7:  Great people to deal with.  Thomas Fischer will join ENR so we get to continue working with him. We get the added benefit of Eric Roseman.  I have known Eric, the head of ENR, even longer than we have worked with Jyske.   Eric is the perfect example of a student who raced ahead of his teacher.   Eric gained some of his first inspirations to be a multi currency investment manager as one of my readers in the 1980s.   He wrote to me: “You are like my Jedi Master and I’m the apprentice. Learned so much about investing from you when I first got started.“

Thomas Fischer will be on the ENR investment committee and available to talk with clients.

Wherever you live do not trust any one bank, any one country, any one currency.  A financially sound retirement depends on banking in safe countries and holding strong currencies.

← Earning by the Hour Pining for Good Health with Pineapple →