Positive Small – Can Do Communities

The best way a nation can adapt  is through  many small – can do positive communities.  Solutions rising from the roots outweigh those that start from the top down. 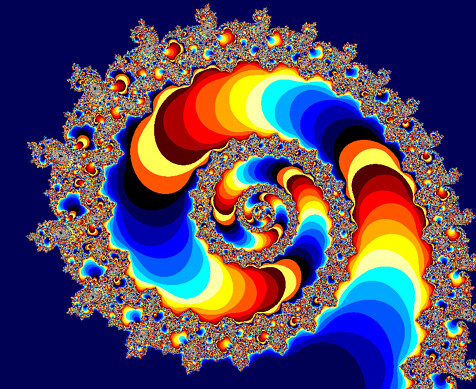 The fractal reality of our universe is that all things grow from the small to the large… not the opposite way… so this is incorrect thinking.

This is why we became involved in Positive Community Magazines to enhance positivity and we are really pleased to see small communities now taking action.

Here is an excerpt:  As the economy struggles to recover from the recession and Washington is mired in gridlock and partisanship, Americans are banding together to confront their problems and find innovative solutions.

Despite the recession’s hangover, shrinking budgets at all levels of government and gridlock in partisan Washington, communities are doing what they’ve always done: They are pulling together to solve their problems.

President Harry Truman said in 1947 that “America was built on courage, on imagination and an unbeatable determination to do the job at hand.”

They are taking on problems that seem intractable and urgent, such as causes of the gun violence that shattered families from Aurora, Colo., to Newtown, Conn.

Other challenges — crumbling and unkempt graves in a small-town cemetery — might seem modest, but restoration projects are connecting youngsters to the sacrifices of generations of veterans, including those coming home now from Iraq and Afghanistan.

The key ingredients in these endeavors are collaboration and hard work, partners in the efforts say. Each community had to stretch for creative solutions. Individuals were reluctant to take credit. Obstacles were overcome by a shared sense that giving up was not an option.

Change begins with the courage to acknowledge problems, says Peoria, Ill., Mayor Jim Ardis, who is helping to lead an anti-violence campaign in a city where gun crimes have increased as gangs fight over turf and drugs.

“We can’t sit around and wait for someone to solve this for us,” Ardis says. “That just doesn’t happen.”

PEORIA, Ill. — The death of 8-year-old Albert Billups-Wilson, who was asleep when a drive-by shooter’s bullet struck him in 2011, was the last straw.
“That was really a bellwether event,” Police Chief Steve Settingsgaard says. It was time for a new approach to gangs and guns.

The message from the community was clear, Ardis says: “We’re fed up with this rising crime rate.”

Police, prosecutors and elected officials are tailoring Don’t Shoot, a program used by High Point, N.C., Cincinnati, Indianapolis and other cities, to fit Peoria’s needs. The results – shootings are down about 20% this year – could give communities elsewhere a new and effective tool.

Offenders on parole or probation are confronted by law enforcement, victims’ families and even emergency room doctors. The message they hear is direct and unrelenting: They must stop committing crimes, and they must share that mandate with fellow gang members. The alternative: a zero-tolerance approach in which police come down hard on any wrongdoing.

Those who cooperate get access to job training, health care and substance-abuse programs. Peoria applied for but didn’t receive a $300,000 federal grant to run Don’t Shoot. Settingsgaard says it’s probably just as well. Because the community is paying for the program through donations, he says, it won’t meet the fate of many anti-violence projects: “When the money runs out, the players run out.”
Nikkos Clark, 24, was among 29 offenders summoned to the Civic Center in December to hear the Don’t Shoot ultimatum. He was on parole after serving time for felony gun possession in a 2009 shooting that stemmed from a dispute over a video game. He was acquitted of murder in the case.

Clark is among 11 men, all on parole or probation, who pledged to extricate themselves from lives of violence. Ten other ex-offenders also have gotten involved. Clark is now enrolled in classes on weatherization installation.

A photo of Billups-Wilson’s corpse was displayed at the December meeting. Clark says the horrific image reminded him of his own 2-year-old son. “You’ve got to want to change,” he says. “I’m ready.”

Officer Erin Barisch, a member of the police unit charged with making Don’t Shoot work, says the program is “make or break.”   “We’re all in,” he says. “We have no choice.”

If we as individuals can make positive changes in our own lives, we can help our community.  If our communities can each help themselves… we can all make a better nation and through this we can improve the world in innumerable, small, positive ways.

This why we teach Super Thinking at each of our courses.