The Power of Positive Part #1

See three problems in three years and how to profit from a $10 billion war chest being built by major banks… what to do now that the fiscal cliff has been avoided and insights on how to invest during the looming battle over gun rights.

We had an unexpected high number of enrollments for next week’s Super Thinking + Investing and Business Seminar.   What a great opportunity!  The problem?  Our scheduled meeting room was too small.   Like a cascading fractal… life’s problem’s created by opportunity create more opportunity.  This is the exponential power of positive!

In this case, the problem of a larger meeting hall brings opportunity in Eustis. Florida. 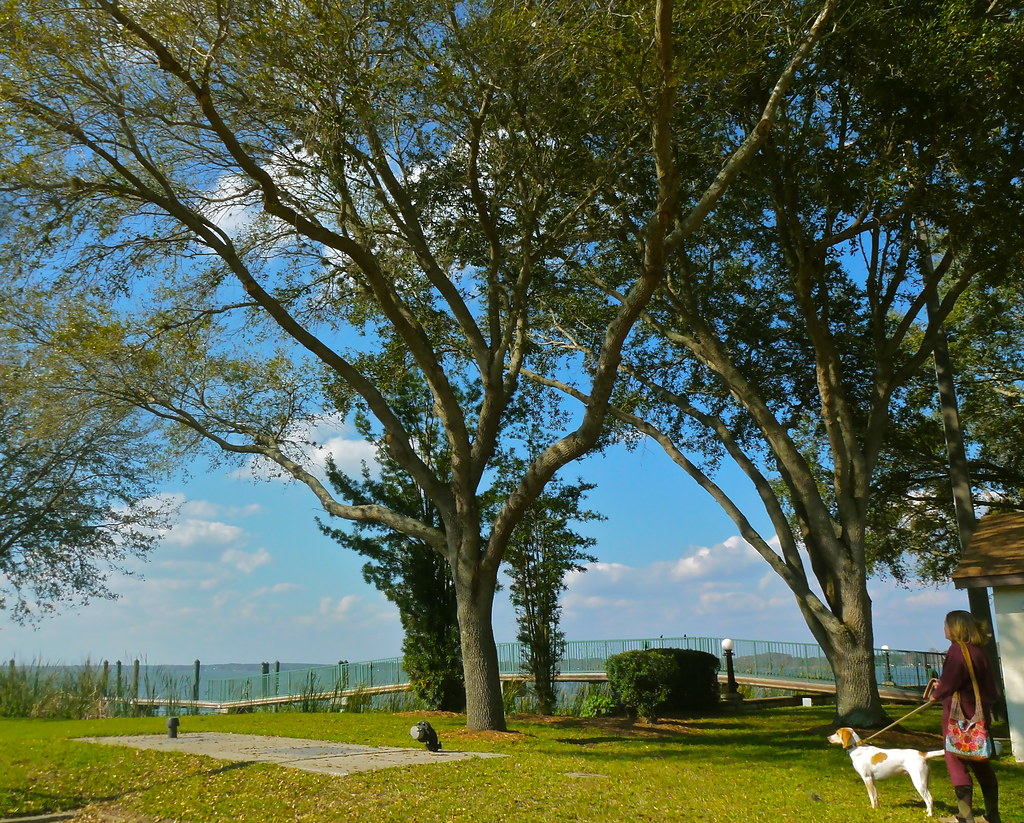 Merri and Mah at the Lake Eustis Park in Old Eustis.

This site has posted many messages about real estate value in Florida and especially in Lake County.

This creates a special opportunity we’ll look at in a moment.    First back to Eustis…. because there is a special little known potential there in the name of the Lake Community Foundation.

In 2004, Florida Hospital Waterman relocated to a new site and donated its Eustis property to the Foundation.   The revenue from the sale/redevelopment of the property is designated for charities and a comprehensive plan has been created. 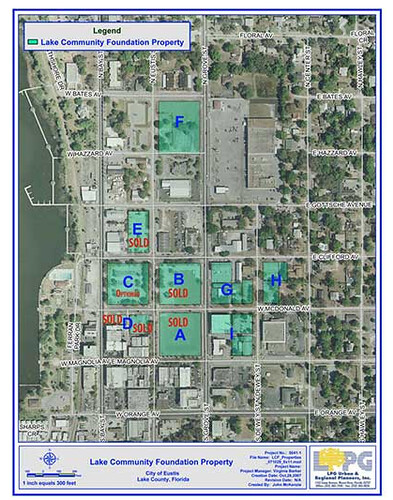 The area is developing nicely but there is one large parcel (C) not yet sold and designated for a hotel.

This and the fact that Eustis is one of the few cities that has not allowed development along the waterfront makes it extra attractive for its small town (15,000 population) and natural feel.

Merri and I have been buying real estate in this area for over three years now.  We took a stroll along Lake Eustis visiting restaurants.

While our friends and readers in the north and Pacific Northwest were struggling in the cold and snow, we enjoyed mid 70s and clear skies. 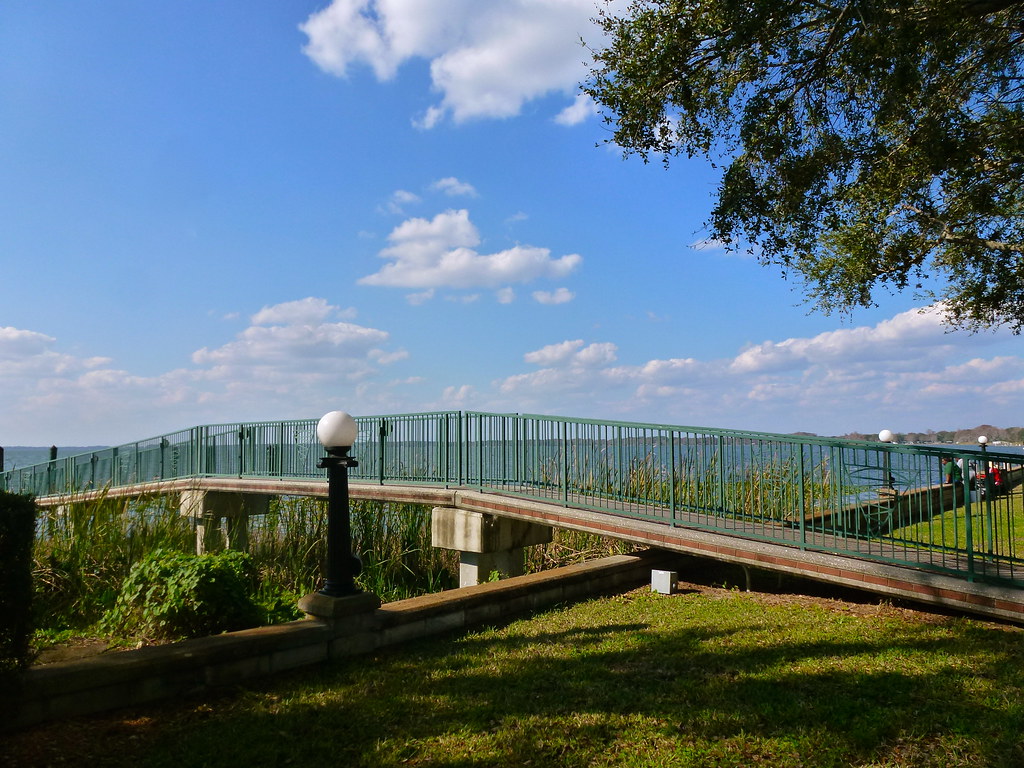 We dined outside at the Lake Eustis Deli. 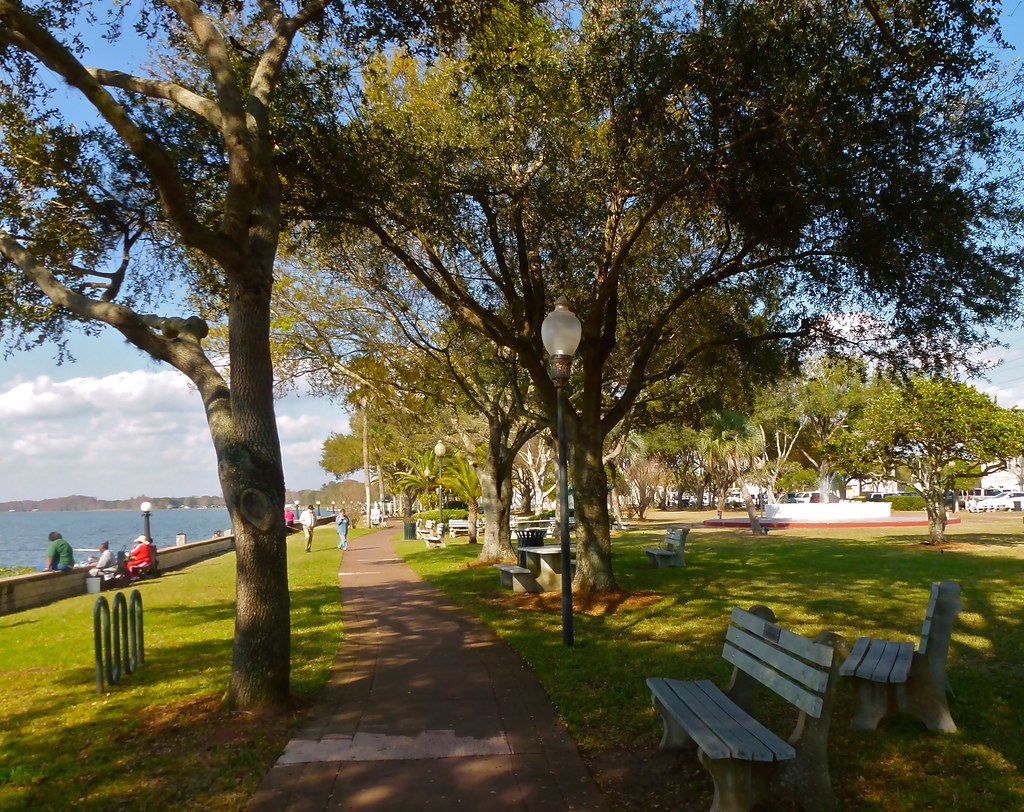 There are numerous picnic tables and this is a perfect place for a casual lunch. 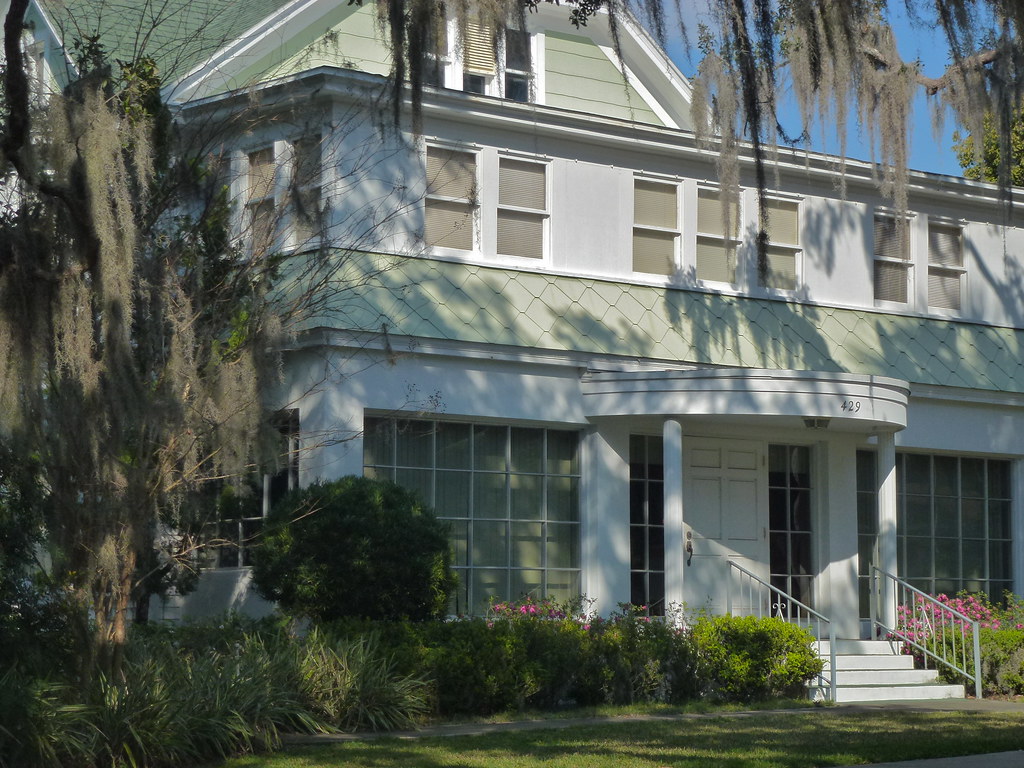 This is near the lake. 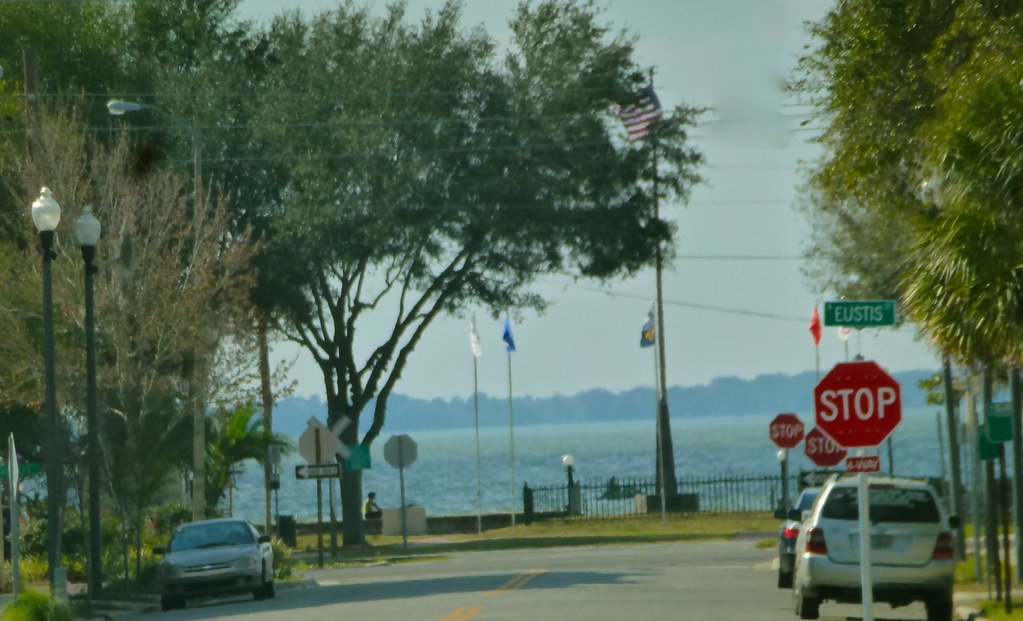 Here is a photo I took (with a telephoto lens) the six blocks from this house to the lake. 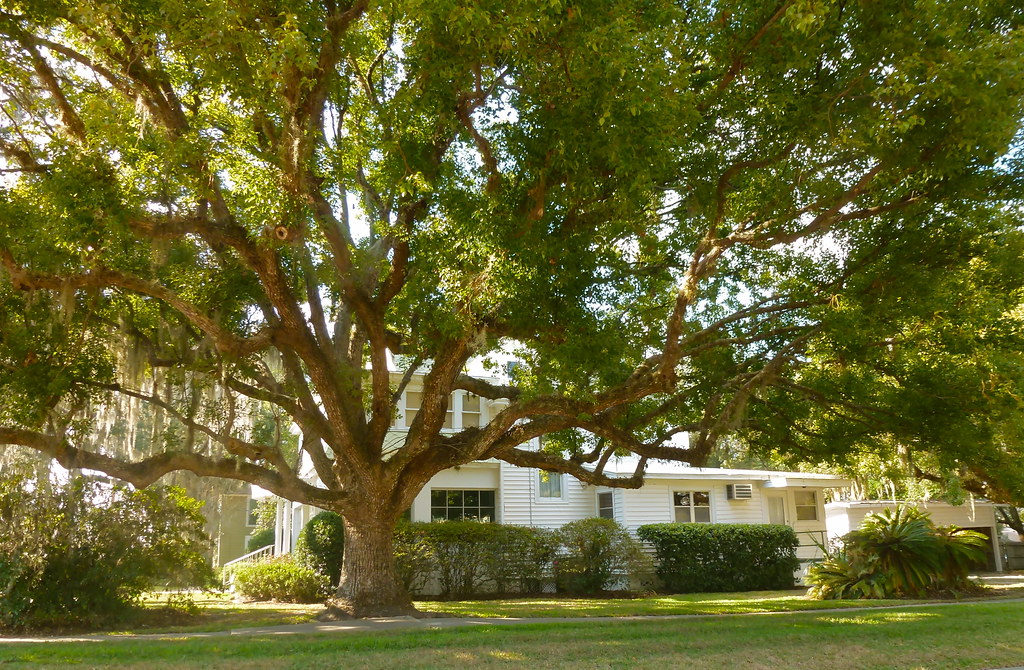 Yet it has been on the market for a year and I suspect it will sell for less.

We have asked our friend and real estate broker, Shirley Peacock, to have a list of Eustis properties for sale and to be available for seminar delegates.

We will look at how to spot value in problems at this weekend’s Super Thinking + Investing and Business seminar.

Here are a few examples we’ll review of recent problems and our positive take on each.

This site posted an article about investing in rentals in December 2011.  Here is an excerpt.

Rentals are rising from the ruins. 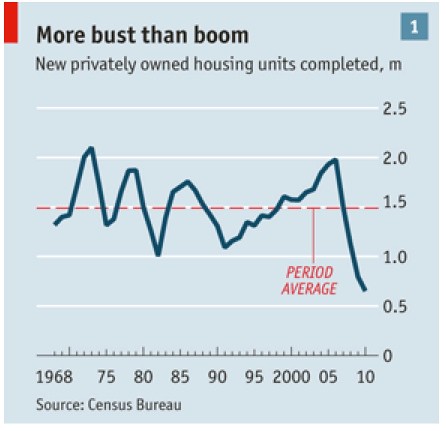 From November 5, 2011 Economist article linked below “Rising from the ruins”

This site has promoted the idea of investing in necessities at this time… food… agriculture… shelter.

This site has always promoted the idea of having assets in more than one country.

Let’s look at why rental opportunities in North America must grow.

Excerpts from a November 5, 2011 Economist article “Rising from the ruins” explains why” The housing market still looks grim, but the rental side hints at recovery

THERE are two things everyone knows about American economic recoveries. The first is that the housing sector traditionally leads the economy out of recession. The second is that there is no chance of the housing sector leading the present economy anywhere, except deeper into the mire. In the two years after the recession of the early 1980s housing investment rose 56%; it is down 6.3% in the present recovery. America is saddled with a debilitating overhang of excess housing, the thinking goes, and as a result is doomed to years of slow growth and underemployment.

The economic landscape is unquestionably littered with the wreckage of the crash. Home prices languish near post-bubble lows, over 30% below peak. The plunge in prices has left nearly a quarter of all mortgage borrowers owing more than the value of their homes; nearly 10m are seriously delinquent on their loans or in foreclosure. The hardest-hit markets are ghost neighbourhoods, filled with dilapidated properties. Housing markets are far from healthy. Yet current pessimism seems overdone. A turnaround in sales, prices and construction may be closer than many imagine.

Rental markets, by contrast, look far stronger. America’s rental vacancy rate stood at 9.8% in the third quarter of 2011, down from a high above 11% in 2009. Vacancy rates in some cities are strikingly low—2.4% in New York City, for instance, and 3.6% in San Francisco—which translates into rising rents. Nationally, rents rose 2.1% in the year to August, in stark contrast to house prices (see chart 2). 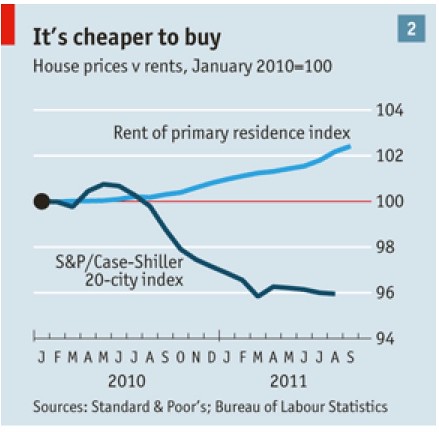 Strength in the market for rentals is beginning to seep into the more troubled owner-occupied sector. Rising rents help housing markets heal on both the supply and demand side, by encouraging renters to consider buying and through the movement of supply into the rental market, easing the glut of houses for sale. The Obama administration hopes to take advantage of better rental conditions to unload some of the more than 200,000 foreclosed-on homes held by the two government-sponsored mortgage giants, Fannie Mae and Freddie Mac, and the Federal Housing Administration (which account for roughly half of all such inventory), on to investors who may rent the properties out.

Rental-market strength is also rousing a long-dormant building industry. New housing starts rose 15% from August to September of this year, driven by a 53% surge in new structures containing five units or more. In the three months to September construction employment rose by 29,000 jobs. The sector is still some 2.2m jobs below its pre-recession peak, and new hiring there would help a dismal labour market.

Problem #2:  The Fiscal Cliff.   Winning Ideas: Borrow Yen. Invest in dollars.   The cliff was bound to be avoided and the dollar to rise. The yen was obviously too strong.


A December 12, 2012  message at this site said: Yen leverage has remained a wonderful overall long term strategy for 20 years.  Yen interest rates have normally been near or under 3% for 20 years!  Any  loan that was invested for more than 3% enjoyed pure extra profit!

Now the yen is too strong again (in my humble opinion).   Plus as you see below yen interest rates now are as low as 2%.

If I am correct, this is a good time to short the Japanese yen.

There are two easy ways to make this short yen speculation… one is through ETFs.

The way to short the yen is to borrow yen and use the loan to make investments that earn more than 3% in currencies that are likely to rise against the yen. 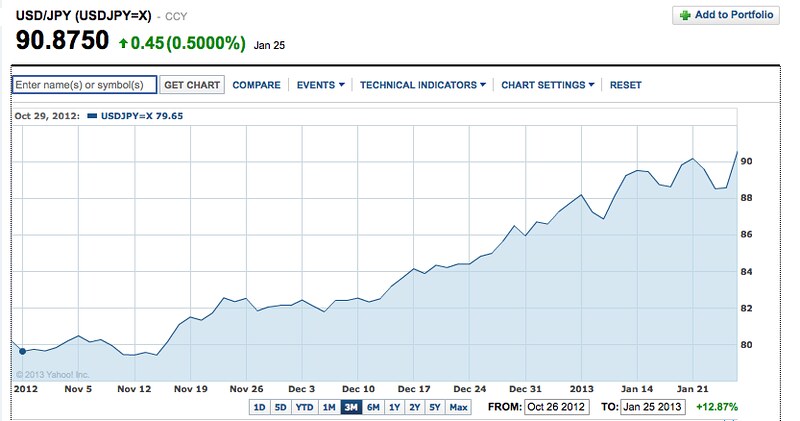 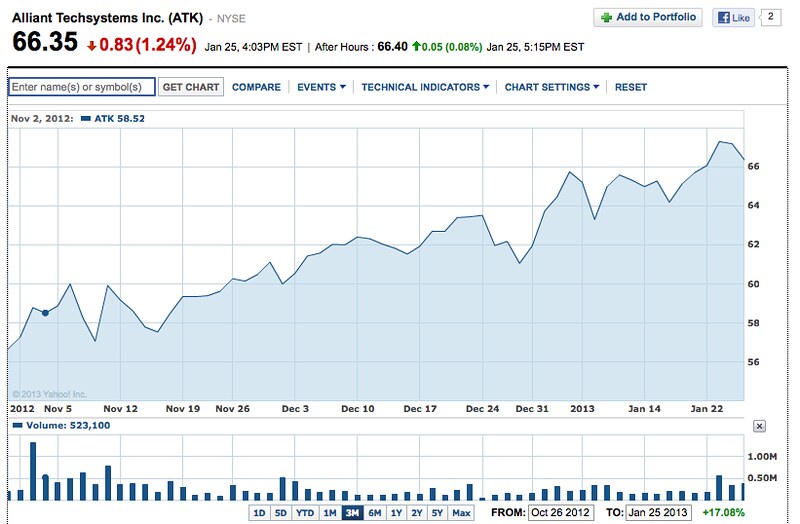 Chart of ATK shares at www.finance.yahoo.com

Shares of ATK have risen from $57 to $66 per share since we wrote:  I stumbled across ATK because of a potential problem. Numerous readers began sending me copies of websites headlines like this: Fears that federal authorities are preparing for mass civil unrest have increased after it was revealed that the Department of Homeland Security is planning to buy a further 750 million rounds of ammo in addition to the 450 million rounds of hollow point bullets already purchased earlier this year.

The buzz is that the current administration is afraid of civil unrest in the USA and is arming up.

Perhaps so but my thinking focused on value instead of anarchy.  Instead of asking… is this true or not… what is the government’s intention… I asked… Who will make all that money?

For a fact… there is very little I can do about the government or its expenditures.  There is a lot I can do in my own actions and investing.

Over the past 10 years, the company produced an average return on equity of 31.51% by using financial leverage.

ATK debt is high but during the recession it never had problems with debt service.  All these facts suggest that  the shares of ATK are good value.

The 10 year average P/E ratio for its shares has been 18% but is currently below 10%  about half  the ten year average.

These facts coupled with recent events in the Middle East suggest even more spending will be for defense.

Share the world’s  problems and how to gain the power of positive to turn them into opportunity this weekend in Eustis, Florida.

Read the 2011 real estate rental article in our archives here

Read the entire September 14 ATK Message in our archives here.