Ultimate wealth communities are places conducive to both good health and wealth.

See three tips on low stress, income producing living that led us to buy this… 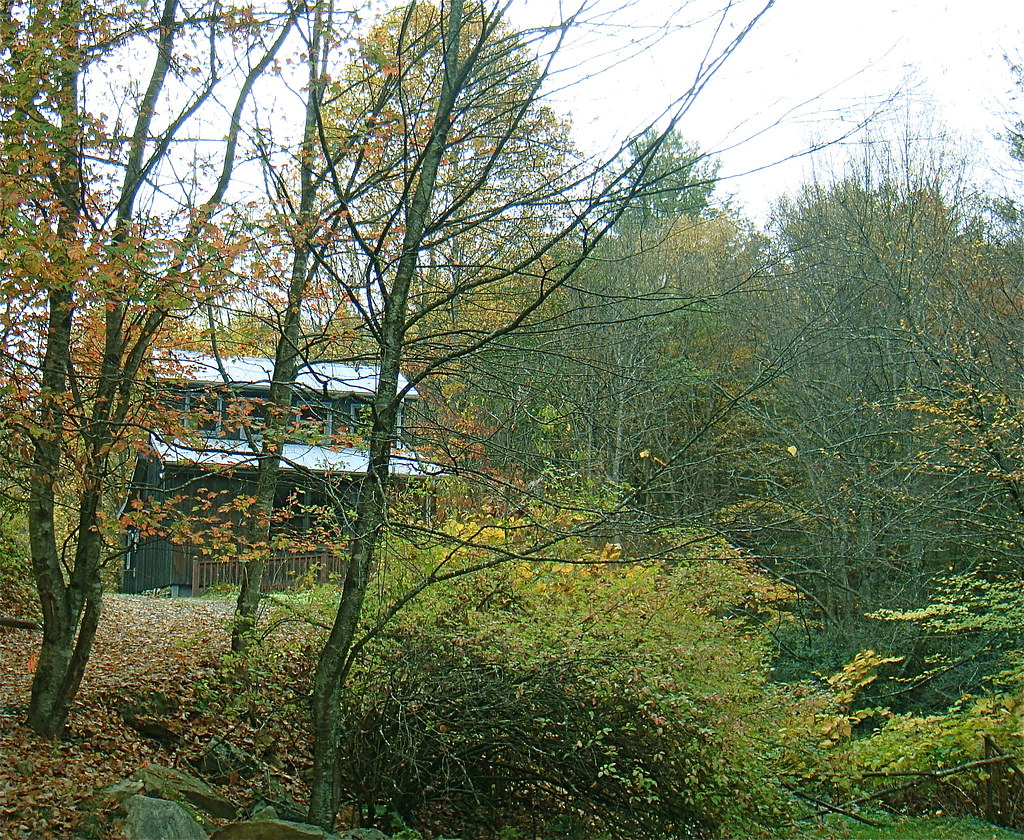 Ashe County farm as an international headquarters.  Our office in the deep woods.

Here are three rules for finding, living and earning in your own ultimate community.

#1: Look for change in utility.   Look for communities that help small business start ups, loans and especially high-speed Internet.  For example our farm is in a really remote location that was really only good for subsistence farming or as residences for a few low paying jobs.

Fiber optic broadband changed everything relating to utility so we can run our publishing business as well as have seminars at the farm.

Small towns tend to lose young adults, but are gaining those in their 30s.  This is actually pretty good for business.

New retires are attracted a by lower rural housing costs. They provide customers to local business and a clientele to keep community services viable, from health care to restaurants.

The key ingredients to look for are communities that help local entrepreneurship and create a good quality of life.  Good schools and housing recreation, ranging from indoor to hiking to streams, lakes and forests.  Historic preservation and downtown improvements can make communities more attractive.

Folks in their 30s and new retirees are in the prime ages to start businesses that grow the local economy. Communities that help by sponsoring business training, loans and technical assistance or providing quality and affordable business space with high-speed Internet can draw those with entrepreneurial dreams.

The same was true in Ecuador in Cotacachi.  This was a small village two hours from Quito’s old airport.  The new airport would be almost an hour closer putting it almost as close as Quito.  This will have profound utility changes for Cotacachi as an overnight destination.

#2: Look for Growth.    A Forbes article entitled “America’s Fastest-Growing Small Towns” (linked below) shows that during the economic downturn of 2007 to 2012 there was huge growth in some small communities.

Here are excerpts:   Retirees are swelling some communities quickly, like The Villages, a planned retirement haven in central Florida. The population of The Villages and its surrounding suburbs ballooned 29% to 93,420 between 2007 and 2010, according to the U.S. Census, putting it at the top of our list. Some 87,000 of them live in the retirement community at the area’s core, a spread of tidy single-story homes clustered around two “town squares” with shops and restaurants. The retirement community’s population is up from 68,000 in 2007, according to Villages spokesperson Gary Lester, and it’s aiming to reach 110,000 residents by 2016. With the baby boom generation reaching retirement age, that looks like an attainable goal.

To determine which smaller cities are growing fastest, we used census data to calculate the population growth rate between 2007 and 2010 for every Metropolitan and Micropolitan Statistical Area (MSA) with fewer than 100,000 people. These statistical areas are geographic entities defined by the U.S. government that usually encompass a core municipality and its suburbs. The truly smallest towns in America were excluded from our ranking, as micropolitan areas must have populations of at least 10,000. And though the data from 2007 and 2010 is not ideally comparable—the 2007 populations are official estimates based on the 2000 Census, while the 2010 numbers are actual counts—it still provides a good snapshot of how these areas have grown.

The population of Boone, a ski area nestled in the Blue Ridge Mountains, rose 14.7% to 51,079. It has a median income of $31,967 and a below-the-national-average unemployment rate of 7.2%, and it was recently named one of the 10 best places to retire by U.S. News & World Report. In addition, it’s home to Appalachian State University.

#3: Find added value on the Fringe.  It was no surprise (nor an accident) that Merri’s and my North Carolina farm is on the fringe of Boone (#4 fastest growing) and our Florida home and orange grove is on the fringe of  The Villages (#1 fastest growing).  We looked for value then found places nearby that were much less expensive… but more likely to appreciate… plus could participate in the strong economic growth.

We liked the potential of Ashe County because it was isolated but sits almost equidistant from the north and south of the east coast of the United States.

The largest, wealthiest migration in mankind’s history had taken place in the previous decade into this area.  One in six Americans live in a county that touches either the Atlantic or Gulf Coast.  Our farm was almost the same distance from our old home in Naples and Maine.

We looked at surrounding areas and saw that Boone was booming and that the prices in Ashe County were a fraction of Boone’s county (Watauga).

This was our thinking for San Clemente on Ecuador’s coast. The two big areas of growth were Manta and Bahia.  San Clemente was in between, about a half hour from each.

The population of the Western World  has become quite cynical (with reason) about big government, business, medicine, church, law enforcement, law and the global economy.  The result of this is a resurgence of small communities.

Participating in small communities can help you have a safe… fulfilling lifestyle  that brings wealth and better health.

We believe so much in small communities that we have joined in a venture called Positive Community Magazines.

See more on Ecuador and Uruguay as Ultimate Wealth Communities

Our online course,  “Self Fulfilled” can help you learn how to earn with writing and self publishing.