I love this day because the power of giving is vital to our health and well being.  Merri and I have focused for years on giving and letting the rest fall in place. That’s why the motto on my desk is “Action is Thy Duty. Reward Not They Concern“.

Boxing Day is a good time to review the importance of this thought.

Life can be as imbalanced by too much receiving as too much giving.

Boxing Day comes one day after the Christmas holiday, the Feast of St. Stephen, the first Christian martyr, is better known as Boxing Day. Nowadays, we often see, in certain families, gifts (boxes) given to those who provide services throughout the year.

Boxing Day is celebrated in Britain and numerous other countries and has evolved into a day about giving to the poor.

This part of the holiday season is taken seriously in Ecuador as well… a serious time for devotion and giving.

Donations buy supplies and members of the church and the Inn meet and put together 600 gift packages for the less fortunate in the Province. 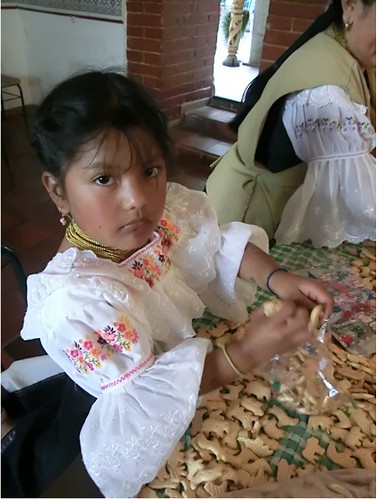 Children come to the hotel and help prepare and later distribute the packages.  Here is one of our neighbors helping with the packing.

One More Gift for You

Our December 12 message entitled “Multi Currency Sandwich” outlined that this is a good time to leverage investments with yen loans.

Since then as this chart from www.finance.yahoo.com shows, the yen has fallen form 82 to 84 yen per dollar (about a 2% profit) 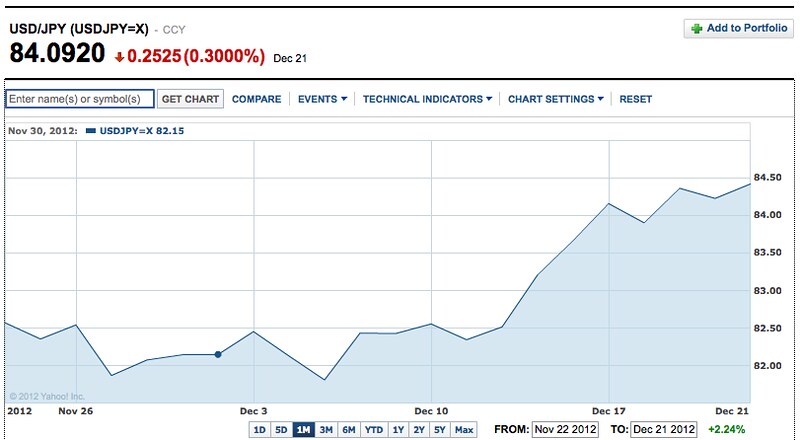 US Dollar yen chart. Click on photo to enlarge.

The Gift are FREE Tickets to a Special Investing Seminar.

This seminar is by invitation only and JGAM has given us tickets to provide to our International Club members as well as subscribers to our Borrow – Low Multi Currency Service and delegates of our February 1-2-3 Super thinking + Investing and Business seminar in Mt. Dora.

Today I can provide tickets to anyone who asks (limit two per person – total 25 tickets).

The seminar has a great host of speakers including:

João Valde de Almeida, EU Ambassador to the US

Due to a new program offered by JGAM  meeting some of these people can be more beneficial than ever before.

JGAM’s new Advisory share service allows JGAM advisory customers to submit shares for review.   Shares that are accepted get a thorough vetting and a assistance from JGAM’s strategic advisory partners that includes Morgan Stanley and BCA (see below).

This is like putting a multi million dollar team to work reviewing shares you may be considering for investment.

Let me explain.  JGAM has a list of recommended shares for its advisory customers.   These shares are selected by JGAM’s Investment Committee based on their economic and financial analyses and investment strategies.   This analysis includes consultations with JGAM’s strategic advisory partners and at the seminar you’ll get to hear from key figures in these firms.

These are the shares that JGAM uses in its managed portfolios and the November performance figures speak for themselves. 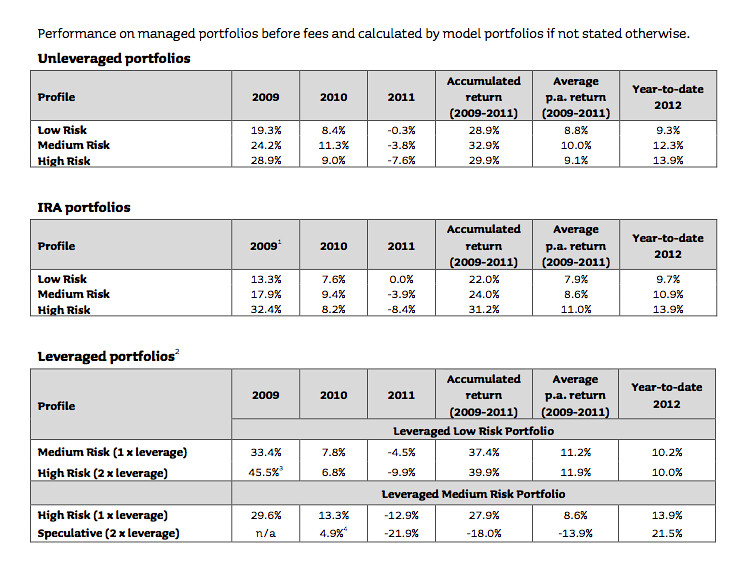 Boxing Day is a great day for reflection on giving.   Merri and I wish you good giving and hope to meet so we can share with you in 2013!

Who you will meet at the seminar.

Elise Labott
Elise Labott is CNN’s Foreign Affairs Reporter. Since she joined CNN in 2002 as the network’s State Department Producer, she has reported from more than 75 countries and has traveled the world with four Secretaries of State. In addition to providing on-air reports and analysis for CNN’s television and radio networks, Labott writes regularly for CNN.com. Labott came to CNN from ABC News, where she covered the United Nations, and also reported for Agence France Presse and other publications on diplomatic and foreign policy issues. She received her undergraduate degree from the University of Wisconsin-Madison in international affairs and communications. She has a Master’s in Media Studies from the New School for Social Research. Labott is currently vice-president of State Department Correspondents Association and a member of the Council on Foreign Relations.

Mr. Vale de Almeida presented his credentials to US President Barack Obama at a White House ceremony on August 10, 2010. Prior to his appointment in Washington, he served as the Director General for External Relations at the European Commission, the European Union’s executive body. As the most senior official under the authority of the High Representative/European Commission Vice-President Baroness Ashton, he helped formulate and execute the EU’s foreign policy and played a key role in preparing for the new European External Action Service (EEAS) introduced by the Treaty of Lisbon.

Martin Barnes
Chief Economist at BCA Research, one of the world’s leading independent provider of global investment research. Martin Barnes joined BCA Research in 1987 and, from 1993 to 2011 was Managing Editor of the flagship monthly Bank Credit Analyst publication. From 1987 to 1993 he was Managing Editor of the U.S. Fixed Income Analyst publication. Prior to joining the firm, Mr. Barnes spent ten years as Chief International Economist with a major U.K. securities firm and five years as an economist with BP in London. He speaks frequently at investment conferences around the world, and is quoted widely in the financial press. He holds a B.A. in Economics from Strathclyde University, Scotland. Since 2007, he has been on the Board of Trustees of the University of Victoria Pension Fund.

Neil Irwin
Neil Irwin is a Washington Post columnist and the economics editor of Wonkblog, The Post’s site for policy news and analysis. Each weekday morning his Econ Agenda column reports and explains the latest trends in economics, finance, and the policies that shape both. He is the author of “The Alchemists: Three Central Bankers and a World on Fire,” a book about the efforts of the world’s central banks to combat the financial crisis and its aftermath, to be published in spring 2013 by the Penguin Press. Irwin covered economics and the Federal Reserve for The Post from 2007 to 2012, where he helped lead coverage of the 2007 to 2009 financial crisis, recession and government response. He has been a reporter at the Post since 2000, and also covered topics including the Washington regional economy, economic development and Internet companies. He was a Knight-Bagehot Fellow in Economic and Business Journalism at Columbia University, from which he has an MBA. Irwin’s undergraduate studies were at St. Mary’s College of Maryland. http://www.washingtonpost.com/
JGAM representatives

Lars Stouge
Lars Stouge is President and Chief Executive Officer of JGAM. Lars developed the business model behind JGAM and sponsored by Jyske Bank, the second largest Danish bank, Lars was put in charge of setting up the company and running it. JGAM started operating in April 2008. JGAM is the first Danish Investment Adviser registered with the U.S. Security and Exchange Commission. Lars is chairman of JGAM’s Investment Committee and responsible for the operation of the Portfolio Management Team. Lars holds an MS in Economics from University of Aarhus and an Executive MBA from the Scandinavian International Management Institute with a faculty representing Harvard, INSEAD, IMD and London Business School. In his career Lars has held positions as Financial Analyst, Portfolio Manager, Chief Economist, Director of Private Banking and Director of Asset Management. Lars also has many years of experience as an associated professor in economics and finance at various business schools. www.jgam.com

Thomas Fischer
Senior Vice President at JGAM. Thomas has 37 years experience in the financial sector. Thomas traded currencies both as a trader and a broker for more than 22 years in Copenhagen, London, Düsseldorf and Frankfurt. Thomas spent 10 years in Germany and was a Managing Director and the head of the international currency section of a major German broker company. During his time in Germany he successfully completed an MBA focusing on the external environment and corporate finance. In 2000 he joined Jyske Bank Private Banking and was promoted to Manager of International Client Relations in 2001. In 2008 he joined the newly established Investment Adviser Company JGAM, as a Senior Vice President. He is a member of JGAM ́s Investment Committee and is responsible for JGAM’s Relationship Management team. www.jgam.com