Insituform is a water investment that makes sense because “Where there is muck, there is brass”.   The world’s water supply has too much muck!

We continually review various companies involved in purifying water at this site.  Here is an update on Insituform now renamed Aegion. 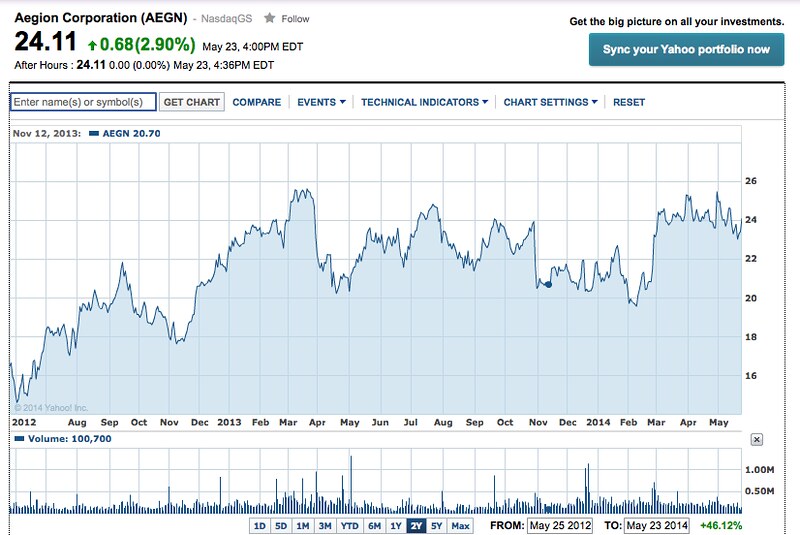 In 2007, a message at this website said:  We are looking at the philosophy of investing in water. This philosophy has economics that support it. $1,000 invested in water utility stocks at the end of 1981 grew $39,980 at the end of 2001, more than double the growth of S&P 500. The fundamentals are even better.

Insituform Technologies, is a leader in trench less water line replacement.  Their Insituform process is the most widely used trench less method for restoring structural integrity to and removing infiltration from sewers. It has been proven in pipes with a wide range of shapes and in diameters of up to nine feet (2.75 m). In the Insituform process, a resin-impregnated tube is installed into a damaged sewer. This process results in a seamless, jointless” pipe-within-a-pipe” with a smooth, continuous inner surface which usually increases flow capacity. The company typically completes installations in a single day, using robotic methods to restore active connections from within the line.

Since that time, shares in Insituform which was renamed Aegion…  have risen from $12 a share to over $20.

In late 2011 Insituform reorganization and created a new Delaware parent holding company, Aegion Corporation that absorbed itself… Insituform Technologies… and its subsidiaries.

Aegion’s common stock is traded on the Nasdaq Global Select Market under the symbol “AEGN.”

Insituform shares were swapped into one share of Aegion common stock.  The management and board of directors of Aegion remained identical as did the certificate of incorporation, bylaws and other corporate governance documents.

Instutiform focuses on water and waste water and is a leading worldwide provider of cured-in place pipe (CIPP) and other technologies and services for the rehabilitation of water and wastewater pipeline systems.

The Company provides cost-effective solutions to remediate operational, health, regulatory and environmental problems resulting from aging and defective pipelines. Insituform’s technologies allow its customers to avoid the extraordinary expense and extreme disruption that can result from traditional “dig and replace” methods. Since its formation in 1971, Insituform has rehabilitated enough pipe to circle the globe.

This update seems timely because in November Aegion began to repurchase of up to $5 million of the company’s common stock during the balance of calendar year 2012.

When a company is continually repurchasing its own shares the prospects are often good!

You can see from the chart above how the share price has spiked during both of the repurchase periods especially in the 2011 period. 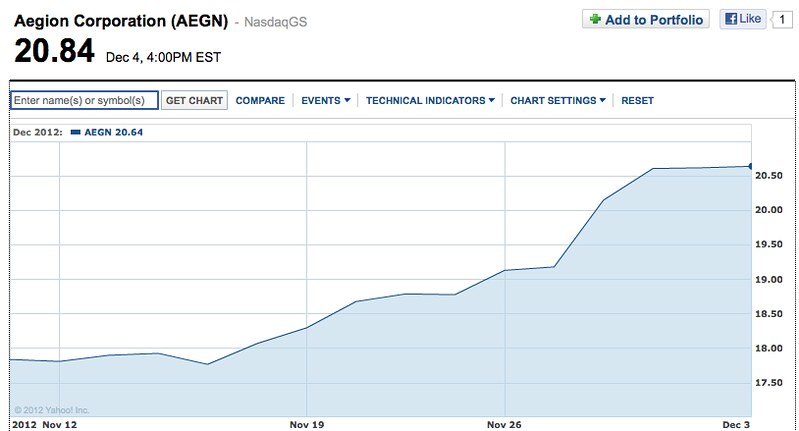 Aegion share chart for the month of November 2102 to date.

In addition the company has rising revenues as rising trading volumes… giving it three important positive indicators… a share with rising price, interest and income. 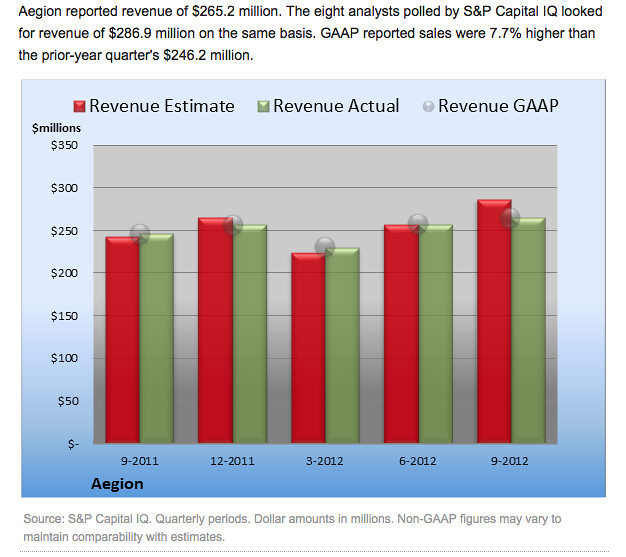 Investments in water make sense. Like Land, God is not making more so making better use of what we have grows in importance.  Insituform… now Aegion may bring profits from this fact.

Learn how to invest in Aegion and other water shares from Jyske Bank.

Or check on water investments with US advisors.  Here are two good sources of information I use.

Learn more at Insituform and Aegion at www.aegion.com/CompanyInformation

← Ecuador Christmas Roses How to Have Self Sustained Lifestyle →