Over a decade ago this site posted a property in Ecuador called Hacienda San Francisco.

A review of what was written can help us to understand and profit from our individual positions in the diffusion model. 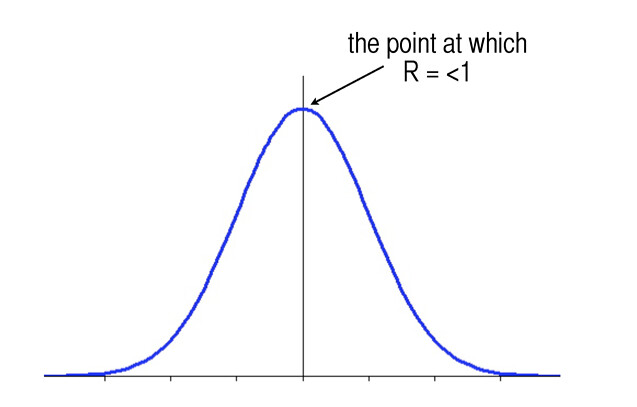 Malcom Gladwell outlines a diffusion model in his book the Tipping Point and says:  One of the most famous diffusion studies is Bruce Ryan and Neal Gross’s analysis of the spread of hybrid seed corn in Greene Country, Iowa, in the 1930s.

Most ideas spread along a bell shaped curve.

An article entitled “Epidemics & epidemiological models” at www.extelligence.org explains this when it says:  The spread of ideas is often likened, not always successfully, to the spread of viruses, hence the term viral marketing. (The striking images left are 3D hyperbolic graphs of Internet topology, created using the Walrus visualisation tool developed by Young Hyun at CAIDA.)

When considering how ideas are spread, an understanding of some key concepts in epidemiology can give new insights and useful understanding.
Epidemiology is the study of infection and disease in populations.

All epidemics at the population level have the same bell-curve pattern. What we don’t know is the scaling.

This message shares how profits are derived in different ways at different points in the curve.

For example, in 2001 Ecuador’s economy had been devastated and this site was urging adventurous readers to get in at bargain basement prices.

The March 2001 San Francisco message said:  Cayo Tambo (in Quichua, a place to rest), is a huge shark’s tooth peak that bites at the powder blue sky. White waters of the Paute River dash over giant river rock smoother than marble as they rush to the valley floor below the brand new road. 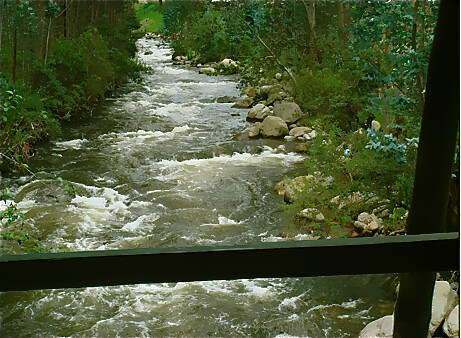 I was amazed at the progress that Ecuador has made as Merri & I spent a month touring the entire country looking at real estate and business opportunities there. The depression over the last two years has hit Ecuador hard and I expected it to damage the country more. Yet we saw progress and new roads everywhere! I found incredible opportunity as well.

The last two years in this tiny mountain nation have been rough, banks closed, unemployment reached perhaps 60% and politicians acted crazy. Seeing this as an opportunity, I have been buying land and bringing investors by the thousands. This was right, is seems. The banks are back, business is rising and land values are up nicely.

Yet during the past two years I have been concentrating in Quito, the capital, and Manta, a city on the coast, where the installation of a U.S. military base almost guaranteed rising property prices.

It has been two years since we visited this tile roofed, colonial city which sits in a broad valley surrounded by a rump of mountainous green. I wanted to check again on opportunity in Cuenca.

I really liked what I found.

First I was reminded that Cuenca is easily Ecuador’s (and perhaps all of South America’s) most beautiful city. This is an aristocratic town with hard workers and a solid middle class. The down town area is really clean, built around a huge golden cathedral with brilliant ceramic domes. There is a sense of order in the narrow cobblestone streets. The markets are filled with color and exotic design, and there is no sense of crime, or poverty found here.

Tall willows weep into the Tomebamba river that cuts through the middle of town. Red tiles on white stucco sparkling in the brilliant sun is the common scene.

Cuenca has perhaps the largest North American population in Ecuador though it is a much smaller city (350,000) than Quito (or Guayaquil) which have millions.

The beautiful sites and uncongested new roads were not the only joys Merri and I experienced in Cuenca. Property prices were startlingly low. “They will fall even more,” we were told by a real estate broker. Prices remain confused because of dollarization. Property owners had a keen sense of value for their currency the sucre, just as U.S. investors do for the U.S. dollar. But when the dollar became our currency after an enormous sucre devaluation, this left property owners confused. They are not sure what a dollar is really worth. This will take time. In the meantime, some prices are higher than they should be.

Yet asking prices seemed like bargains to me. For example brand new apartments just down the road from the luxury Oro Verde Hotel were offered at just $25,000. Across the Tomebamba there is an exquisite, clean suburb filled with amazingly nice houses. Here there is a new development of townhouses with asking prices as low as $45,000 for 1,000 square foot 2 bedroom, two bathroom condo townhouses, facing a green parkland backed with eucalyptus trees on the rushing river.

We viewed superb country homes on a large (an acre or more) lots in an area between the San Juaquin and Saya Usi areas . Here houses sit above the city on gentle slopes with commanding views offering tile, hardwoods and marble, plus exquisite workmanship not found in the U.S….yet prices were as low as $45,000.

In the country we found perhaps the best buys. One beautiful farm in the Tarqui area with five acres, a rustic hacienda farm house in really good shape and an incredible garden that overlooked a gorgeous green valley, was priced at a low $40,000. A fully operational, successful trout farm with nearly 40 acres and a wonderful old house was asking $100,000.

A little further out in the valley of Jungilla we saw so many small farms of 5 to 20 acres in the $10,000 to $40,000 range we could not visit them all. Jungilla is one of the most beautiful valleys in the world, like a Swiss mountain valley covered in Irish emerald green! Explosions of white pampas grass line the road and paisley swaths of forest and cotton wool clouds cover the broad valley floor. Huge waterfalls spring from the hillsides like gigantic white snakes crashing hundreds of feet. There, one 30 acre farm with a brand new, three bedroom house had an asking price of only $25,000. Another with a tractor, central patio style house of three bedrooms was $30,000.

The land comes with four horses, five saddles, ten cows and pigs, numerous dogs, chickens and a lot of furniture. Plus San Francisco has it own .7 kilowatt hydro electric turbine and sugar cane crusher and distillery where they have traditional distilled 50,000 liters of schnapps a year. The San Francisco river, a broad cascading mountain stream bounds the land and the smaller Sarayunga river runs through it.

Immigration by North Americans to Ecuador is in a different spot on the bell shaped curve.

Back in 2001… risk seemed great.  This was a time for innovators.  This always seems to be Merri’s and my place.  We like to be on the edge (which sometimes can be unreliable AND rough)… always have and probably always will.

in Ecuador in 2001 infrastructure was lacking.  Phones were hard to come by.  Politics were outrageous.  English was not always spoken.  There were few resources for expats.

Today real estate prices are much higher.  The cost of living is still low compared to the Canada, Europe and the USA but now infrastructure is very good risk seems low and non Spanish speakers can be much more comfortable.

Recent messages at this site have looked the importance of seeking value.

The August 25, 2012 message Problems Create Opportunity message looked at seeking value in Italian Banking shares and explained why we were investing in Unicredit.

These profits came from seeking value on the leading edge but the message here is to avoid the leading edge unless you enjoy looking over the cliff because only 10% of good investing comes from logic and intelligence.

90% of good investing comes from emotional stability and discipline.  When an investment is made in discomfort, chances of loss are greatly increased through lack of discipline from conviction.

Nature is intelligence and has made us the way we are… all united but divided on the diffusion curve.  Existence is formed through three forces… birth… inertia and death.  Up… flat and down.  Expansion… stability and contraction.  Formed… fixed and dissolved.  That’s life in the Newtonian field and we each have a place and purpose in this field.   Good value investing comes from knowing our comfort zone on the bell shaped curve and looking for value there.

Get an update on Ecuador real estate… hybrid bonds…. European financial shares and much more February 1,2,3, 2012 at our Super Thinking + Investing and Business seminar.