The Simplest Investments – Water I

As the world grows more complex the simplest investments can be the best.

Not much can be simpler than food, shelter and water.

On the subject of food… look towards local and non GMO.  There is a great movie “Genetic Roulette”.  It is still free for a few more days at www.geneticroulettemovie.com

Our sites will be looking increasingly at CSAs (Community Supported Agriculture) and local food investments in Ecuador and Smalltown USA.

Our sites have long looked at the benefits of investing in water. 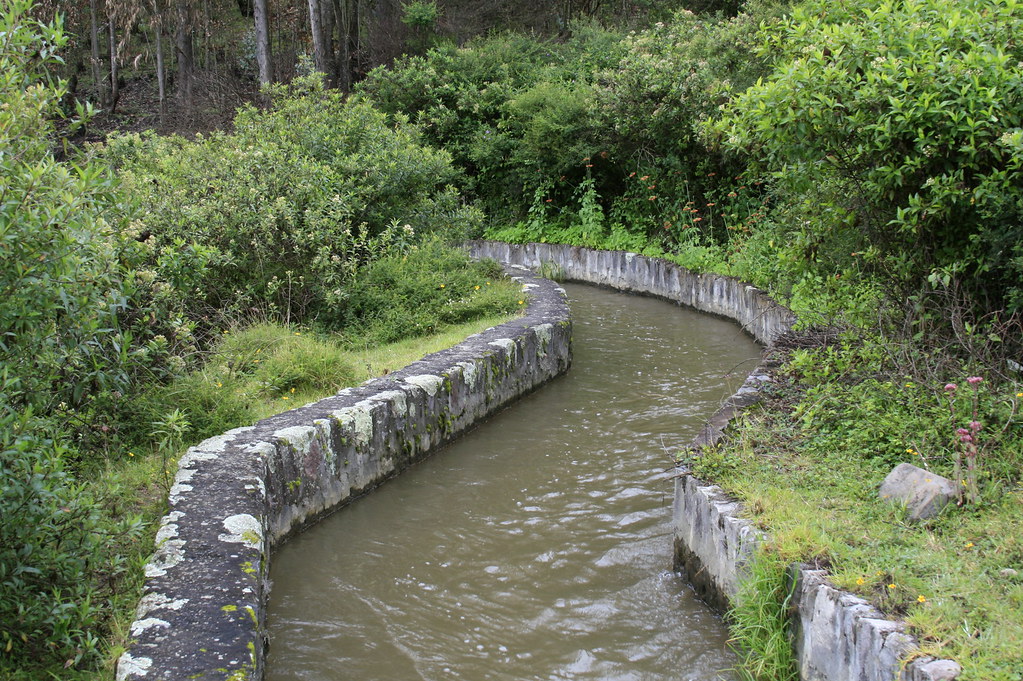 Part of a complex of Andean water sharing system above Cotacachi.

White ridges of wetness crash on sodden rock ripped by roaring currents that lash the creek bank and swell over its edge. Gushes of brown spray strain at greying wood. They sing a rushing song in harmony with the groaning bridge. Smells of damp leap through the willows. I feel this soggy touch and taste a pure, sweet cleansing that stings my lips. Just before I headed for the equator we had a long warm spell and torrents of rain. This melted the snow mass and turned our gentle creek into a lashing cascade. I stood on one of the small bridges that cross the creek and thought how blessed we are here with water. It falls on us, rushes down our creeks, bubbles up through the grass, springs from the hills and cascades from cracks in the rocks.

This is no mistake. Merri and I began looking for land with two goals, have altitude (to avoid air conditioning in summer and mosquitoes anytime) and have an abundance of water. We certainly attained both at Merrily Farms.

I have been writing for several years in my written World Reports that it makes sense to invest in water. When I was growing up in Portland we didn’t think it special to be able to drink sparkling clear Bull Run water fresh from the tap. Then I began to travel and was amused. The poor French, Mexicans and people in places where they could not drink water unless it was bottled! Ha ha, how strange I thought. How little did I know?

But where I really became aware of the growing water supply problem was when I returned to Florida. The diluted chlorine mixture coming from our tap in Naples was not only expensive but barely drinkable. And Merri’s Mom in Macon, Georgia was the first house after the chlorinization plant. The tap water would make your eyes burn!  I became concerned. Then when returning on a trip to visit my Mom in Portland I discovered that previously sweet pure water was chemically foul as well.

This was when I first became concerned.

We are too many. Too dirty.  Our water is too little.

So I started writing about investing in water. But where? There are a couple of big European public companies, Perrier, Generale des Euax, etc., but when I looked in the U.S. I couldn’t find anything. Checked a few of the small water bottlers and found most of them already owned by the Europeans. So how?

One way is to own land with water. That’s why Merri and I decided to go to the source and buy land with springs .
Each of our houses has its own gravity fed water supply from one of four separate springs. There are dozens of other springs on the land plus three rushing creeks.

But the granddaddy of them all is the “Indian Trough”. This is a huge spring where about three gallons a minute pours out of a large rock formation. It is a historic site because the natives here viewed it as sacred (when this land was their hunting lands). They gouged a trough in the rocks so they could drink from the spring face and their horses could water from the trough.

The water is said to be medicinal (one of our Shaman friends said it is especially good for urinary tract problems) and the locals have come here to collect it for generations. Mainly for their health, but one neighbor said his father was a famous moonshiner and only used this water to make his moonshine! The locals still come up to collect it and a dear friend whose brother was passing asked for some to take to the hospice. To drink this water was his brother’s dying wish.

We are blessed with this water and have built a wonderful Japanese Cedar Soaking Tub deep in the woods. The spring (which comes out at exactly 48 degree temperature year round) fills the 450 gallon tub (it can accommodate six people). A wood burning snorkel stove with heat exchangers is immersed in the water and heats it to the temperature desired (usually a little over 100 degrees). After the soak (and drinking lots of water while there) the tub is drained and filled again so no chemicals are needed.

This is one way I invest in water. But where else can we invest? This is a tricky question for me as I lack experience in the water industry.

Here are a few thoughts. Look at any industry that deals in water filtering or purification. Companies that build desalination plants would make sense and of course bottlers. There are several problems. One is pollution in the water. Another is not enough fresh water for drinking, cleaning and irrigation. Another problem is not enough of the right types of water in the right place.

This was good advice a decade ago and still is.

A September 26, 2012 USA TODAY article entitled “Nation’s water costs rushing higher” by Kevin McCoy, with Oliver St. John and Tom McGarrity contributing said:  While most Americans worry about gas and heating oil prices, water rates have surged in the past dozen years, according to a USA TODAY study of 100 municipalities. Prices at least doubled in more than a quarter of the locations and even tripled in a few.

Consumers could easily overlook the steady drip, drip, drip of water rate hikes, yet the cost of this necessity of life has outpaced the percentage increases of some of these other utilities, carving a larger slice of household budgets in the process.

“I don’t know how they expect people to keep paying more for water with the cost of gas and day care and everything else going up,” complains Jacquelyn Moncrief, 60, a Philadelphia homeowner who says the price hikes would force her to make food-or-water decisions.

The trend toward higher bills is being driven by:

— The cost of paying off the debt on bonds municipalities issue to fund expensive repairs or upgrades on aging water systems.

— Increases in the cost of electricity, chemicals and fuel used to supply and treat water.

The costs continue to rise even though residential water usage dropped sharply nationwide in the past three decades amid conservation efforts.

U.S. water systems will need as much as $1 trillion in infrastructure improvements by 2035 to keep up with drinking water needs, according to a survey of industry experts released in June.

The bond debt needed to fund those projects’ work will be passed on to consumers, including the many Americans struggling with the economic fallout of the great recession.

A virtually irreplaceable resource that Americans rely on for health and daily living “could potentially get more and more expensive,” says John Chevrette, who heads the management consulting arm of Black & Veatch, the firm that conducted the industry survey.

He predicts rate increases of 5% to 15% every few years, saying the cost of water “could take a larger and more significant bite out of otherwise disposable income.”

A 2010 report by the Water Research Foundation, a non-profit organization that studies drinking water issues, concluded that residential usage per customer dropped more than 380 gallons annually in the last 30 years, a changing era when conservation became more prevalent. Compounded over time, the report says the trend implies that a customer would have used 11,673 fewer gallons in 2008 than an identical customer in 1978, a 13.2% decline.

As a result, many water agencies have been forced to raise rates.

“When we explain that part of the reason you’re paying more is because you’re using less, that doesn’t go over real well with a lot of people,” says Joseph Clare, the Philadelphia Water Department’s deputy commissioner for finance and
administration.

The 2012 drought that continues to hold roughly half the nation in its grip has also had an impact on some water rates.

These charts from this USA Today article shows how much water rates have risen. 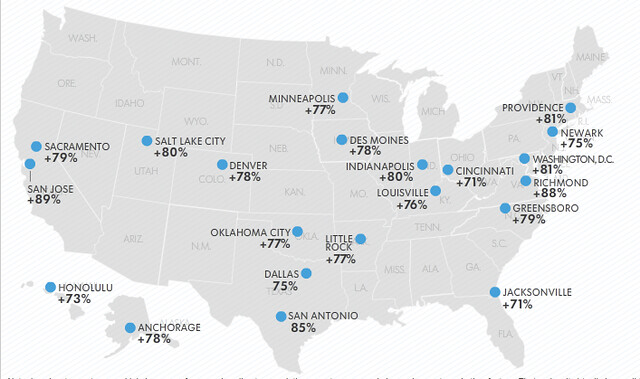 These increases seem high but… 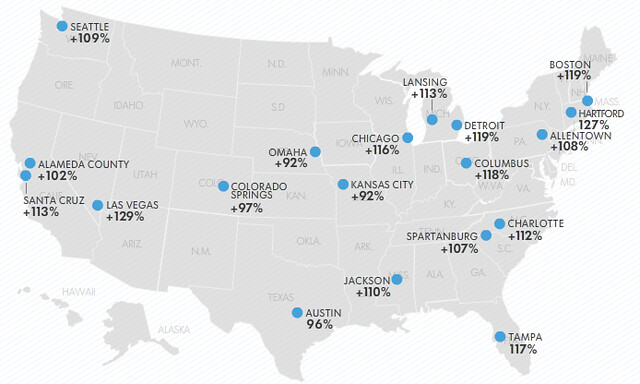 other cities have had higher rises and… 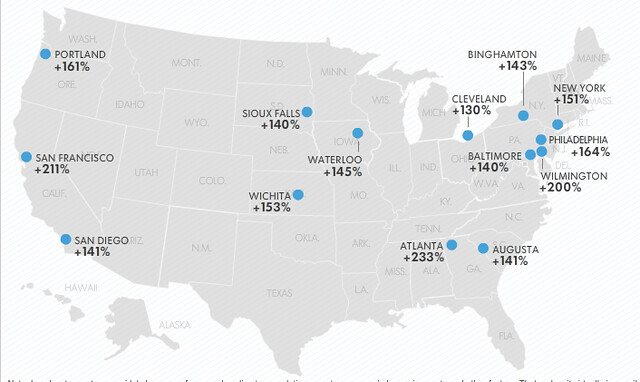 these areas had the worst water rate increases!

Now that so much of the world has been suffering droughts… this idea grows in value.

I invest in water in numerous ways.

First, I buy land with water in Smalltown USA and Ecuador.

Good water was a main prerequisite when we searched for our Smalltown USA farm. 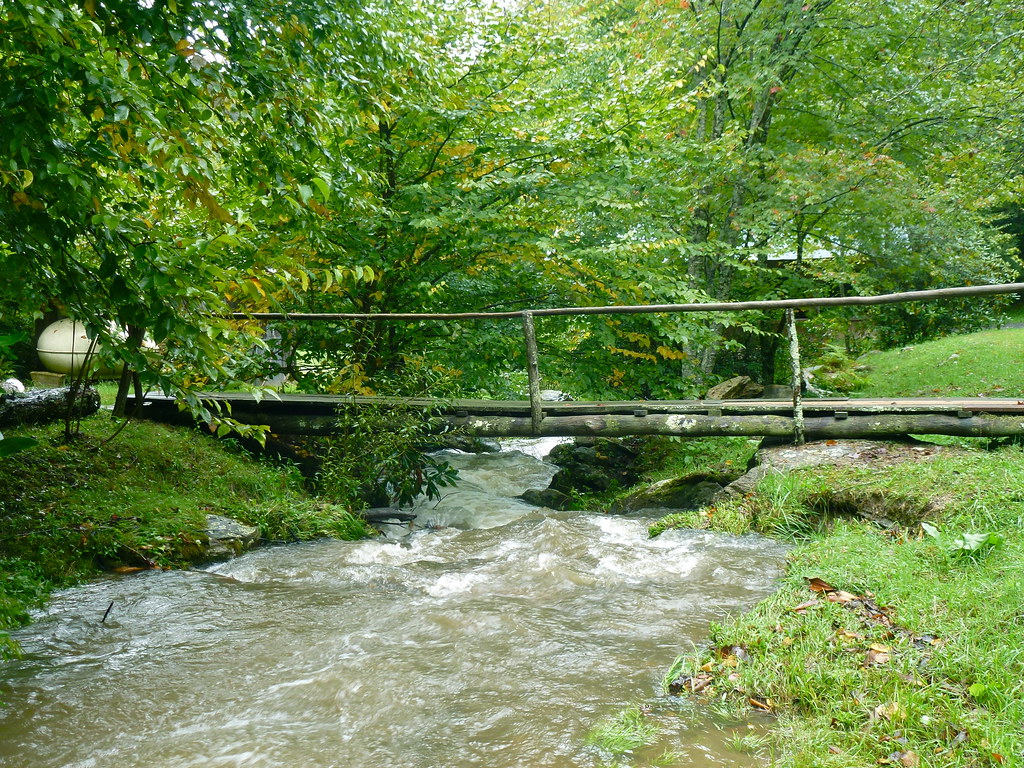 Little Horse Creek on our farm. 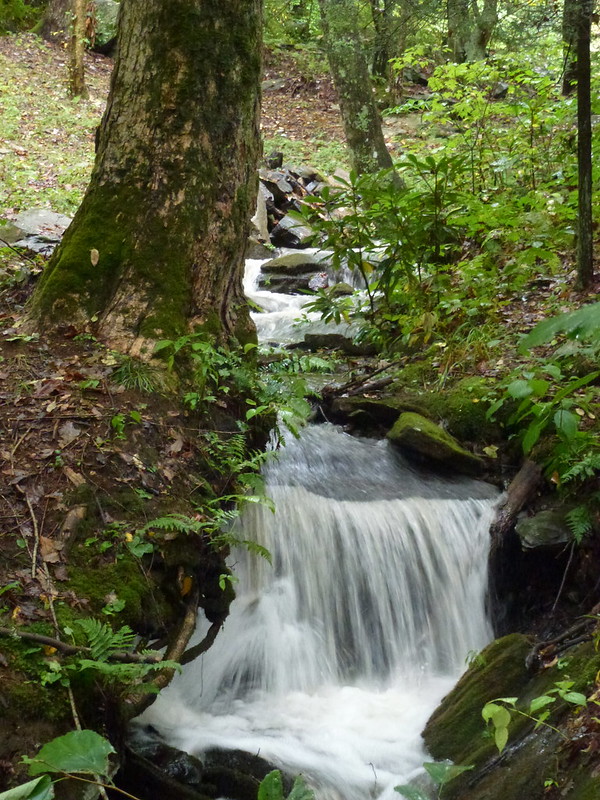 Mossy creek on our farm. 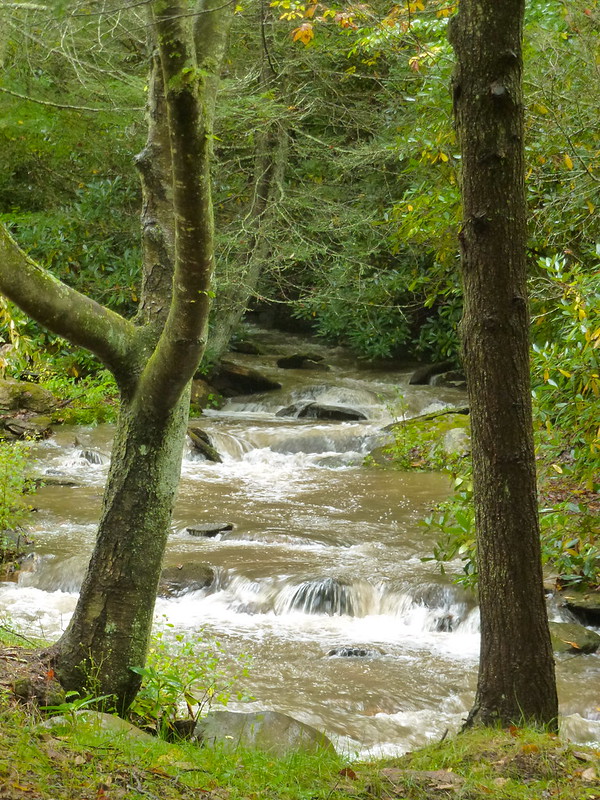 A sacred spring called the Indian Trough is a historical site on our farm and along with dozens of other springs  is our source of water… for drinking. 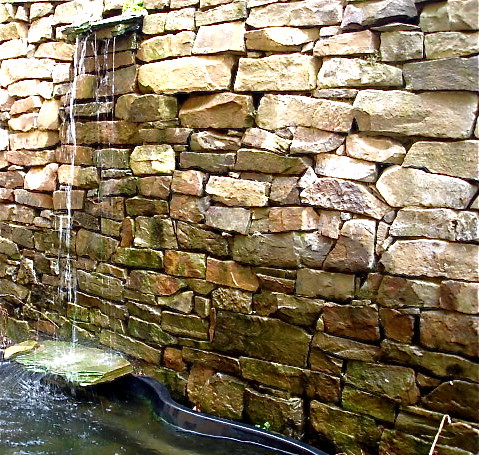 The spring feeds our deep woods Ofuru, our pond and helps fill the creek. 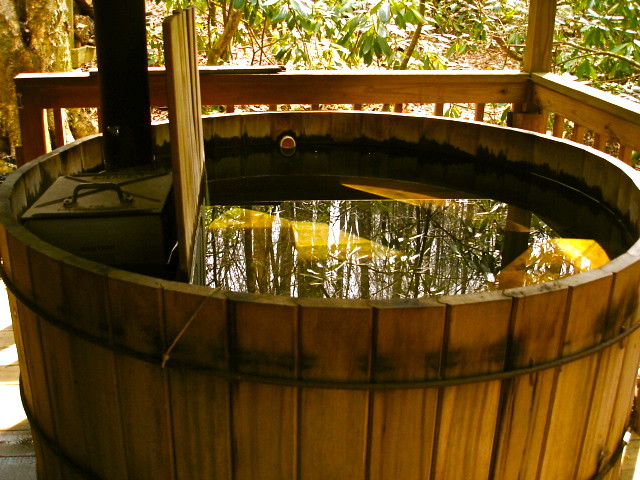 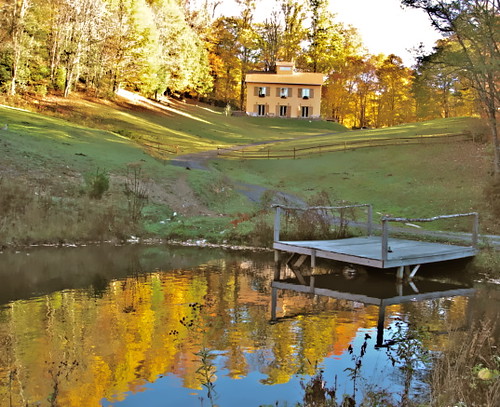 Our pond at Merrily Farms.

In this series we’ll look at water rights in Ecuador, water shares, how readers have been using Bio Wash on crops to reduce the impact of  dry conditions.