The last 2012 Super Thinking + Spanish course in Cotacachi will be conducted  October 8-9-10.

This creates one of three unique global earning opportunities shared below.

Glenn Sterling has set the last Super Spanish course in Cotacachi for 2012. 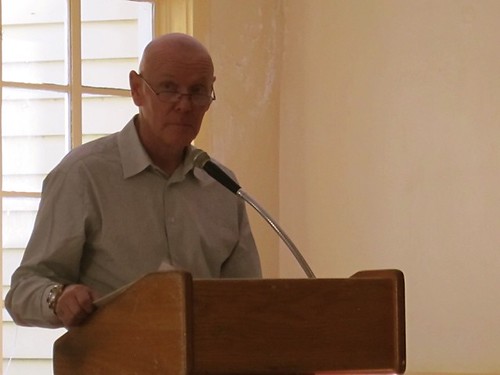 Glenn, a Chiropractor completed the TEFL course as an English instructor through an institute in Leeds, England and has been in and out of Cotacachi teaching free English courses to Ecuadorians and Super Thinking + Spanish to expats and delegates.

His current schedule includes a Super Spanish program in Cotacachi.

Glenn is located at the Land of the Sun Inn and has been providing “free” Chiropractic clinics each Saturday.

He will also conduct his last Super Spanish course  in Cotacachi Oct 8-9-10 at the hotel before he moves to Kuala Lumpur where he will be director at of one of Asia’s largest clinics.

We are excited to see one of our teachers move to this area as we plan to open the important Asian market for learning Spanish and this will be easier with Glenn there.  This also opens a second important earning opportunity we review below.

First, more about Glenn and the Super Thinking course on Cotacachi.

One delegate wrote after Glenn’s last Cotacachi course:  Yesterday, in Cotacachi, Ecuador, I finished Super Spanish Super Learning.  I had high expectations for the course and they were exceeded. The course was taught in English by Dr. Glenn Sterling, a witty, engaging, retired chiropractor, and Alberto, his Ecuadorian side kick, who made sure we learned to pronounce everything correctly.

After three days, I can speak Spanish in complete sentences. In simple conversations, such as buying groceries or ordering a meal, I can make myself understood. I think that’s incredible!  Although I am far from the competence level of a native speaker, I feel I’ve taken a giant step forward in learning Spanish so that I can experience the people and culture of Ecuador.

The kick start that Super Spanish delivers in three days is one of the most important reasons why this course is the only one in existence that helps readers speak Spanish in three days.

A Livescience.com article helps explain why this course works and how Super Spanish delegates are creating Spanish sentences by the first lunch break and can communicate well in Spanish after just three days.   This article by Jeremy Hsu, LiveScience Senior Writer, is entitled “CIA Seeks Anyone, Anyone Who Can Speak 2 Languages”

Three important points in the article are shown in excerpts below with my comments to show what has been wrong with traditional Spanish courses and why the Super Thinking tactic is perfect for this program.

The article begins: WASHINGTON, D.C. — Many Americans don’t learn a second or a third language from birth, let alone a language that the CIA or U.S. Foreign Service might want. The situation has forced U.S. government agencies to learn how to cultivate the most talented second-language speakers from among college students with little to no other-language expertise.

“In U.S. education, we don’t develop early bilinguals,” said Catherine Doughty, a language expert at the University of Maryland.

Doughty spoke as part of a panel on Feb. 19 during the American Association for the Advancement of Science (AAAS) conference in Washington, D.C.

She and other speakers described the typical U.S. second-language program as being a series of disjointed classes where students often repeated what they had learned before.

“Imagine math [programs] where the middle school says, ‘We don’t have any idea about what you studied,’ so you learn it again. It’s the same with high school,” said Robert O. Slater, director of the U.S. National Security Education Program.

MY COMMENT.  This is why traditional Spanish courses often do not work.  They create two obstacles up front…conjugation and  memorization of vocabulary. Super Thinking + Spanish avoids both of these obstacles.  It is not natural to learn a language through memorization and a set of rules. We learn to speak a language by speaking!  The traditional system is so unnatural that most who try… give up.

The article explained how Doughty and her colleagues used tests to train up cognitive processes related to language learning, such as the ability to hold information in the brain while using it for learning.  The tests sought to predict those who can succeed despite everything stacked against them.

The article reviewed changes in the brain.  Lee Osterhout is a cognitive neuroscientist at the University of Washington in Seattle.  His lab used electrodes placed on the scalp to measure the electrical activity created by the signals of brain cells. That allowed the researchers to see differences in the brain patterns among language learners and fluent speakers. They found some surprising results.

The article pointed out: Repeated studies of French language students showed that their brains responded differently to real French words compared with fake words after just two weeks of classes, even if the students themselves could not tell such words apart.

“From knowing nothing to a little bit, [there are] huge changes in the brain,” Osterhout pointed out.”[From] knowing a little to knowing a lot, [it is] much more subtle.”

MY COMMENT: This is why Super Thinking + Spanish works.   The three day course focus is entirely on making the huge change and ignores the subtle.  From there the perfection and subtle change can grow.  This course is the starting point. The three day course prepares the learner to speak Spanish immediately and then teaches them how to make the subtle changes in their day to day life.

The article also said:  Another surprise came from studies of Spanish-speaking immigrants, because neither age nor language proficiency seemed to predict how quickly the immigrants picked up English. Instead, the fastest learners showed both the greatest motivation to learn and a willingness to use English at every opportunity despite being bad at it (at first).

MY COMMENT: This is the other reason why Super Thinking plus Spanish works. This three day course gets the delegates speaking and thinking Spanish all the time so they can use and/or think Spanish every day… and communicating from the beginning. In this way the education grows even when Spanish is not being spoken.

The Super Thinking course first integrates the brain.  Students learn better with relaxed concentration. Then the course teaches them 17 simple lessons so they know 4005 words in Spanish and can use them to create sentences. In this way, you can communicate in just three days.

You can take advantage of this special class in Cotacachi or five other locations below: Bring a friend and save up to $899!  See more details and a 2012 – 2013 schedule below.

Several recent changes in our business and some delightful successes have created three global business opportunities.

Earning  opportunity #1 & 2:  Teach Spanish in Ecuador or Asia.   Two years ago we began the beta phase of our Super Thinking + Spanish teacher training.  We have completed phase one and will train the last teachers in this phase this month.  Our teacher training beta program then  will be closed and we will not be training more new teachers for the time being.  There are a few exceptions.  We are looking to train one new teacher who will live in Ecuador and one who lives in Asia…. either Hong Kong, Singapore or Kuala Lumpur.

Oddly enough we now have teachers teaching in many places, but none reside in Ecuador.  We have been able to send teachers regularly to Ecuador to teach but in phase two of our program we are introducing one night a week programs rather than the full three days so we need a teacher who lives in Ecuador.

As mentioned we also plan to expand into Asia.  The Asians are pouring into South America and many want to learn Spanish.   Super Thinking + Spanish teaches English speakers Spanish so the former British colonies of Hong Kong and Singapore where English is commonly spoken are probably the best places to start.

Our Super Spanish teacher program is closed to all new applicants except those who live (or will) live in Ecuador or Asia.   If you plan to live in either country and wish to learn how to teach Super Thinking + Spanish please contact me at gary@garyascott.com for more details.

Since we realized that the closure of our teacher training would eliminate one avenue of global earning… we expanded our Writer’s Camp program to help our readers learn how to create income through writing.

Over the years delegates from our courses and Writer’s Camps have enjoyed great success.  For example some delegates at our writer’s camps and in our courses have gained some great publicity.  Janet Pierson was highlighted in the Washington Post.  Ashely Rogers the New York Times and Sue Painter in the Huffington Post.

The key to success in self publishing is usually not the website… not the publication… but is a well focused response list and or content that is attuned to market  algorithms.

So we were tickled pink when Nicki Goff, a friend and delegate at our last Writer’s Camp, reported having over 10,000 downloads of her Kindle book in 5 days… 20 great reviews and now the algorithms are consistently bringing 10+ sales per day of her ebook, “Easy Quinoa Recipes“! 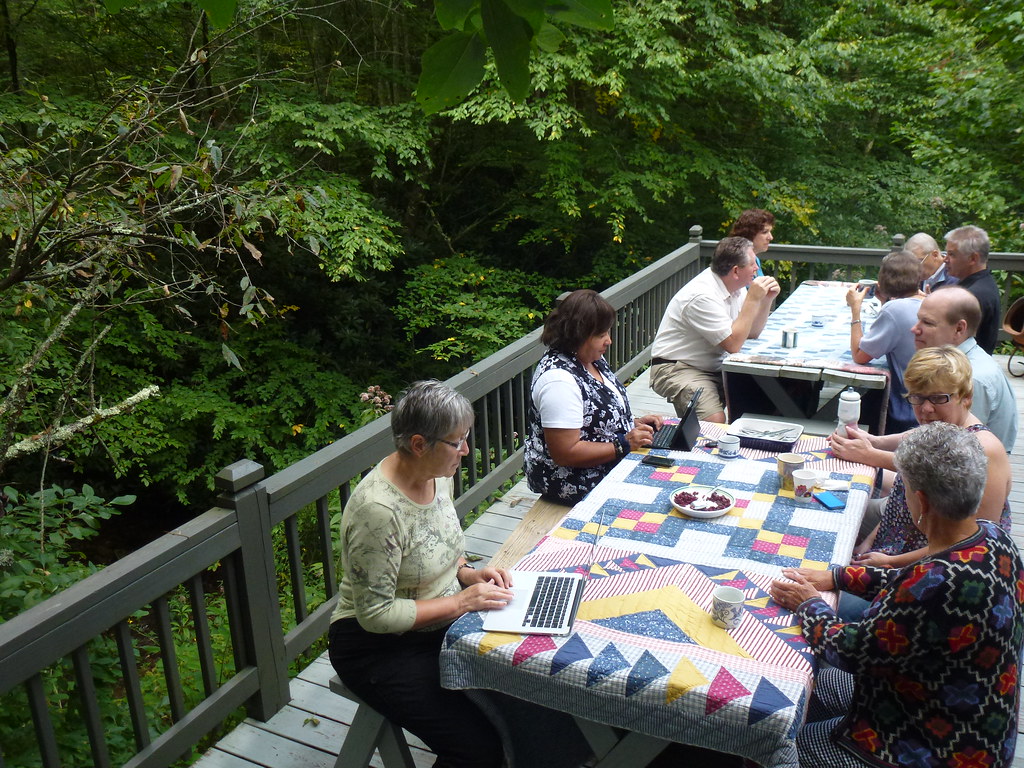 Nicki wrote: Hi, Gary & Merri, I just wanted you both to know how much I enjoyed the Writers & Publishers Camp last weekend.

I found the marketing information to be so congruent with what I’ve been learning lately, and David Cross’ video was an excellent addition to your own information.

Gary, your story-telling method of teaching always brings me to a little (or big) “AHA” – don’t we all learn best through stories.

And Merri – what can I say, but you’re one of the most generous people I know, with the ability to see in people what they often can’t see for themselves.

I came home with a lot of new niche ideas for short e-books, and a lot of enthusiasm to get going!

As usual, what an interesting group of people – such variety of experiences, lives, and ages, yet all in tune with one another.

I am creating a report with Nicki’s help that shares four powerful steps she took to achieve this success.

Plus in the report you learn what we shared for her to do now to take advantage and build on this success.

This report is available free to anyone who enrolls in our upcoming October Super Thinking + International Investing and Business Course… our December Writer’s Camp or who orders our online Self Publishers Course Self Fulfilled – How to be a Writer and Self Publisher.