There is a European bank boost coming up next January that adds one more positive layer to my gamble on the Euro financial sector. 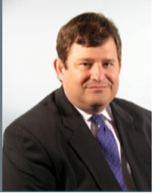 One of the tax and international legal advisers I have used for at least 30 years is Leslie Share in Miami.  Leslie sent this note to me after we published an article about the 8938 tax filing form.

Hi Gary—if the 8938 isn’t the straw that breaks the camel’s back—maybe the attached as discussed below will be it. Some think it will cause many foreign investors to empty their US accounts and move their money elsewhere—not good for our economy!  Best regards.  Les Share

Potential Impact: The rules apply to the U.S. accounts of nonresident aliens from countries with which the United States has an information exchange agreement.

Next Steps: The guidance is effective April 19, 2012, but applies to payments of interest made on or after Jan. 1, 2013.Banks will have to report deposit interest paid to nonresident aliens as a way to help the United States combat tax evasion through its ability to reciprocate tax information shared by other countries, the Internal Revenue Service said in final rules (T.D. 9584) unveiled April 17.

For the first time, the agency specifically said the information would help the U.S. government in reciprocating information gleaned on U.S. accounts in foreign banks under the Foreign Account Tax Compliance Act (FATCA).

IRS slightly tailored the controversial rules (REG-146097-09) it proposed in January 2011 (5 DTR G-2, 1/7/11) by requiring the reporting only for nonresident aliens from countries with formal exchange information agreements with the United States.

The requirements apply only for pacts in which the United States has agreed to provide, as well as receive, information and under which the competent authority is the secretary of the Treasury or his delegate.

IRS stressed that a variety of safeguards for the information need to be in place in the foreign jurisdiction before it will be exchanged.

The agency also issued Revenue Procedure 2012-24, with a list of 80 countries and territories where the reporting requirements would apply for nonresident aliens with accounts in the United States.

In the preamble to the final rules, IRS said, “The reporting required by these regulations is essential to the U.S. government’s efforts to combat offshore tax evasion for several reasons.”
First, the agency said, it allows IRS to exchange information with other jurisdictions on tax enforcement—information that the United States needs to identify and stop evasion. The effectiveness of U.S. agreements to get such information, such as treaties and other pacts, depends on the ability of the United States to reciprocate, IRS said.

Specifically, IRS said, the government needs to be able to reciprocate information it receives under FATCA, which requires foreign banks to report U.S.-owned accounts to U.S. tax authorities or face, in some cases, a 30 percent withholding tax.

In February, the U.S. government unveiled not only nearly 400 pages of proposed rules (REG-121647-10) under FATCA (26 DTR GG-1, 2/9/12), but a joint statement by the United States and five other countries—France, Germany, Italy, Spain, and the United Kingdom—outlining a framework for government-to-government information sharing agreements under the law (26 DTR GG-3, 2/9/12).

In the April 17 final rules on nonresident alien interest reporting, IRS said that in many cases, the implementation of FATCA will require the cooperation of foreign governments to overcome legal impediments to reporting by their resident financial institutions.

“These regulations will facilitate intergovernmental cooperation on FATCA implementation by better enabling the IRS, in appropriate circumstances, to reciprocate by exchanging information with foreign governments for tax administration purposes,” IRS said in the preamble to the final rules.

The proposed rules on nonresident alien interest reporting touched off a fire storm of criticism from banks who said nonresidents would take their accounts elsewhere, and from lawmakers in jurisdictions such as Florida and Texas with high concentrations of foreign-held accounts.

IRS said it made the decision to tailor the rules to jurisdictions with information exchange agreements as a result of the concerns expressed by commenters.

Here is the potential bonus for European banks.   The US has been one of the greatest tax havens in the world for non Americans. Essentially US bank accounts for non resident non Americans have been private and tax free.   The enforcement of this end of the FATCA regulations means that US banks will have to report interest earnings.   This also means than many aliens may pull their funds from the USA and place them elsewhere.

European banks could benefit from this shift of funds.

I am betting that the euro and Europe will survive and have been speculating by increasing the weighting of my portfolio in the Euro and especially the European financial sector.

This new US tax regulation against non resident aliens may be a European bank boost that helps my portfolio.

Learn more about global investing and business at our October 5-6-7 Super Thinking plus International Investing and Business seminar.

← Perfection in September Save $899 and Learn Spanish in Three Days →