How to Earn Abroad

Here is an idea on how to earn abroad from Stephen Milden who heads Ateam Ecuador in Cuenca, Ecuador.

How Expats Earn in Ecuador – Part 2

We receive hundreds of emails each month with lots of questions asking about what it’s like to make the move to Ecuador. One question comes up over and over again; “How can I make money if I move to Ecuador?”  A variation is, “How can I add to my retirement or social security while living in Ecuador?”  So we decided to post a series of articles in the form of interviews highlighting how expats are actually earning in Ecuador rather than just provide our thoughts about it.

This is the second in the series and focuses on Edd and Cynthia Staton who like many people that have moved to Ecuador, re-invented themselves. 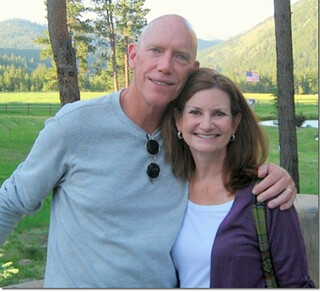 Edd and Cynthia owned a large interior landscaping company in Atlanta for 15 years. After selling the business they both enjoyed successful careers in sales and marketing before moving to Cuenca two years ago from Las Vegas. They have recently become partners in TerraDiversa (www.terradiversa.com), one of Ecuador’s leading tour operators and travel agencies. Edd also writes a popular blog about his experiences in Ecuador (www.eddsaid.blogspot.com).

Why did you choose Ecuador and Cuenca in particular as your new home?

The lower cost of living is probably everyone’s #1 reason. Our daily life now includes what we used to think of as luxuries—fresh flowers all the time instead of special occasions, eating out more often, having a maid, massages, and mani/pedi’s—at a fraction of our monthly budget in the US.

Weather-wise we’re Baby Bear in the Goldilocks story—we don’t like it too hot or too cold. It’s amazing to live in a place where heating and air conditioning are unnecessary. Low humidity is another plus, along with the lack of annoying insects at our higher altitude.

The size of Cuenca is so manageable. It’s a city of ½ million people but there’s such a small town feeling. You can get almost anywhere in less than 15 minutes either by walking or with readily available public transportation. And there’s a wide variety of cultural activities, excellent restaurants, and day trip excursions. We haven’t found very much not to like.

Where you thinking “retirement” when you moved here?

Actually we arrived in Cuenca with no agenda other than to have fun and keep our eyes open for interesting opportunities. Our careers ended somewhat involuntarily because of downsizing, and we quickly determined that we have too much energy to just hang out all the time. So at this point in our lives the conventional definition of “retirement” isn’t a good fit. 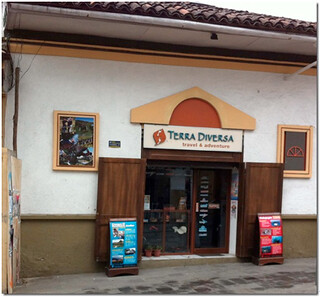 What was life like in Cuenca before your involvement with TerraDiversa?

People who aren’t living abroad have no idea how long it takes to get your new life in order. And that’s whether you’re shipping your belongings or starting from scratch. Everything takes longer than you expect. Beyond the obvious chores like setting up utilities it really takes awhile to get your bearings and establish some sort of routine. If you’re not fluent in Spanish that just adds to the fun.

Once we settled in, we were pleasantly surprised at the social aspect of expat life. In the States we would have probably enjoyed having more social activities but didn’t have time. Here if a lunch goes on for two hours because of interesting conversation it’s no big deal. You really get to know people. This has been the most surprising bonus of our relocation.

How did you decide to get involved with TerraDiversa?

It all happened very organically and serendipitously. 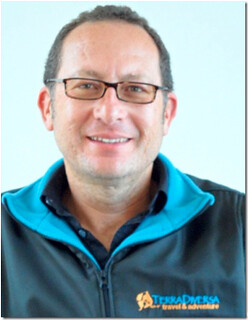 Our partner Juan Heredia, the founder and Managing Director of TerraDiversa, was the very first Cuencano we met when we came here for our “look/see” trip almost three years ago. We stayed in touch over the following year while preparing for the big move and once we arrived permanently our relationship blossomed into a true friendship.

Last fall Juan ended an acrimonious partnership and mentioned that because of his other business interests he would benefit from active involvement by someone else. I had already been informally assisting him with rewriting company brochures and a new website that has just been launched.

Cynthia and I have a passion for travel. One of the reasons we ultimately decided to make the radical change of moving abroad was to lower our expenses so we could participate in active travel while we’re still young and vigorous enough to do so.

TerraDiversa’s clientele is mostly foreigners, and we felt our sales and marketing background could help take an already successful company to the next level. So we said, “How about us?”  Juan agreed and here we are, back in the saddle again.

What are your responsibilities at TerraDiversa?

Well, let me make it clear that one thing we did not move to Cuenca for was a full-time J-O-B. My title is Director of Marketing. A lot of what I do doesn’t require regular hours or even going to the office regularly except for meetings. I’ve been working for several months designing and rewriting the entire TerraDiversa website, which has been a lot of work and a lot of fun. I’m also in charge of social media, and I write a blog for the company (www.ecuadortraveladventures.blogspot.com).

In business, have you noticed cultural differences between Ecuador and the US?

Absolutely. Doing business is much more straightforward in the States. In Ecuador the locals are unfailingly polite and are uncomfortable saying “no.” So when you’re told, “I’m very interested,” you’re never sure of the message. Customer service is, to put it politely, more “casual” than we gringos are used to. And actually asking someone to buy something is considered pushy.

What advice do you have for people considering going into business in Ecuador?

Starting a business or joining an existing enterprise like we did are two very different approaches. In either case I would definitely recommend taking your time to understand the laws, the rules, and the culture.

Having a great attorney is indispensable in both your personal and business life. In the States most folks need a lawyer only to maybe draw up a will or get a divorce. Many aspects of living abroad are not do-it-yourself projects, and choosing to go it alone can be perilous. An excellent attorney can not only handle legal requirements but can also assist or refer you in other sticky administrative situations.

A number of expats have successfully opened businesses here on their own, but I feel extremely fortunate to have teamed up with a local. Juan brings a lifetime of knowledge about Ecuador and years of experience in the tourism industry to the table. We’ve had training in sales and marketing techniques from the States that are hopefully adding a new dimension of professionalism to TerraDiversa. It’s a great combination.

The next article in the series will highlight a young woman who opened a very successful café in Cuenca that has become a favorite for locals and expats alike.