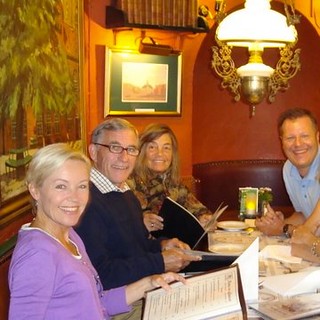 Tuesday, the International Monetary Fund (IMF) cut global growth forecast from 3.6% to 3.5% and warned that the world economy is in a precarious state. The economy is being hit by a slowdown in the emerging markets and continued turmoil in the eurozone. The US is also showing signs of stalling growth, with falling retail sales down 0.5% from May to June and jobless claims jumping 34,000 to 386,000.

The world economy is now also being squeezed by rising energy and food prices. The price of oil has risen more than 10% in less than 10 days, due to heightened geopolitical tensions in the Middle East. The terrorist attack in Bulgaria, which killed seven Israelis, has increased tensions between Israel and Iran as Iranian backed Hezzbollah is under suspicion for the attack. The bombing in Syria, which killed top members of the Assad regime, has also contributed to the price oil increase even though Syrian oil production capacity is only around 400,000 barrels per day. The worst drought in more than 50 years in the US has pushed the price of corn and soybeans to all-time high levels of USD 8.12 and USD 16.835 respectively.

Thursday, the German parliament approved the rescue program of 100 billion euro (EUR) to recapitalize Spanish banks. On the same day Spain went to the bond market to raise additional funds. At the auction the demand declined and 10 year yields closed above 7%. Yields above 7% pushed Greece, Portugal and Ireland to seek international help. Germany on the other hand is being paid to issue bonds, as the yield on German two year notes fell to negative 0.074% the lowest yield since Bloomberg began tracking the securities in 1990. As the quest for safety and preservation of capital increases the number of countries with negative two year interest rates are rising. And now It also includes Denmark, Finland, Switzerland and the Netherlands.

The headwinds facing the world economy have not taken the wind out of the US and European stock markets. Positive earnings announcements on both sides of the Atlantic have pushed equity prices higher. In Europe stocks rose to the highest level since April as reported earnings exceeded analysts’ estimates and in the US the strong earnings (outside the banking sector) have pushed the S&P 500 to a two-month high.

Non US investors should contact René Mathys at mathys@jbpb.dk