One way to describe social media… you scratch my back, I’ll scratch yours. 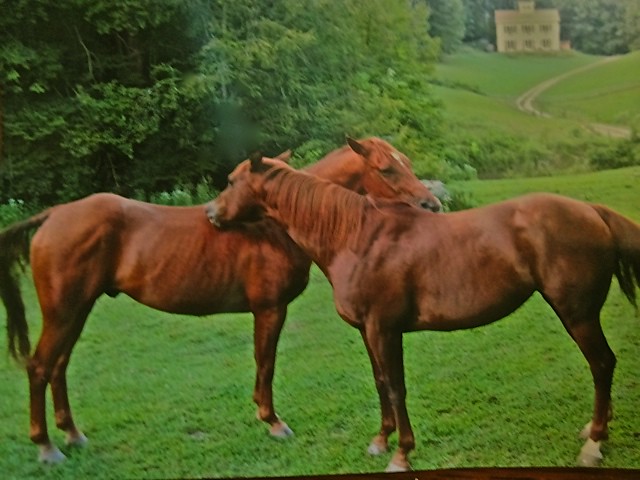 Two of our horses, Goliath and Harriet are always scratching one another’s back.

Social media such as Twitter can be an important marketing tools for writers and event planners. Here is an except from the latest lesson in our online writer’s course “Self Fulfilled – How to be a Self Publisher“.

Before explaining our latest testing of marketing  for writers through social media let me clarify that the key to success in publishing is to have a way of communicating to a list of people who are interested, willing and able to pay for your publication or event.

My sister, Sandra, is an artist and started using social networking to build her list of followers based around arts and crafts.  She now has:

We invited Sandra to come to our previous Writer’s Camp to help the delegates learn how to use Twitter and social networking to market their publications.

Thomas Fischer from Copenhagen also came along so he could learn how to spread the word about Jyske Bank’s great global asset management’s service for American investors. 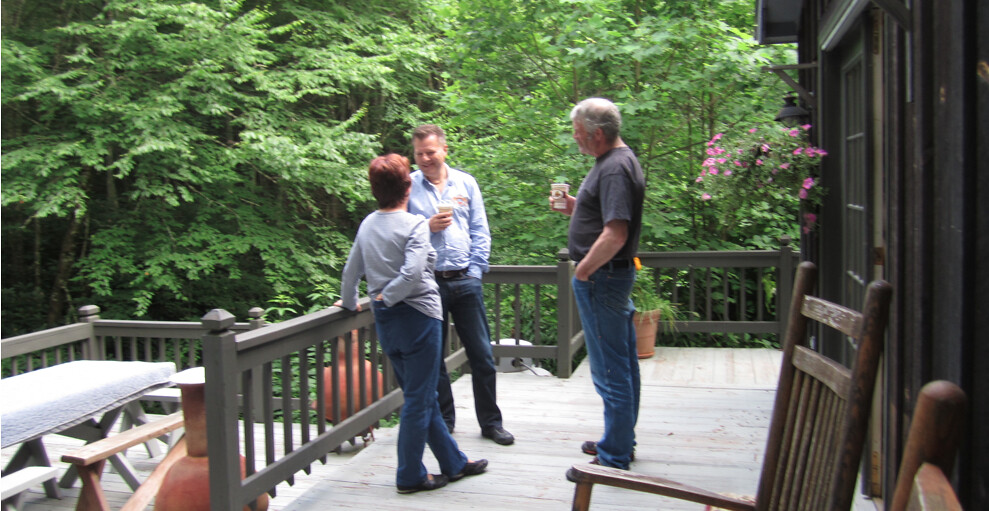 Thomas Fischer speaking with delegates of our latest Writer’s Camp during a coffee break.

We have started to add tweets in our system now.

There are three goals in our social networking approach:

#1: To extend reach.
#2: To gain more engagement.
#3: To obtain better focus for our readers through interest extraction.

Reach means that we’ll get tweets about our daily messages to our list and to my sister’s names.

Engagement starts with having something of interest for those who receive the tweet.   For example I just posted a three part Great Pension Robbery series.

You can read them at Great Pension Robbery

There needs to be something in the message linked to the tweet that is of interest and engaging.

Then as we develop interest through engagement we’ll begin adding offers of free reports… such as “How to Cash in on Brazilian Bonds or “How to Have a Forex Account” to extract and identify those in the reach who are interested in engaging on the subjects that we have to offer.

As this evolves, we’ll begin developing separate Tweet Lists so we can focus different ideas and keep a high level of engagement.

Social networking is a two way street.  My sister explained it this way:

Engagement is about what followers do with your tweets and what you do with theirs.

This can be reading it, following any links, replying, and retweeting it.

Over time, part of the engagement will be loyalty… certain people looking for your tweets on a regular basis.

Another component is your response–replying to a reply, RT’ing (retweeting) what they’ve said about your tweet, or interacting with your loyal followers by following and engaging with their tweets.

The ultimate engagement hoped for is to buy a product, but I’m valued as a loyal follower even if I never buy anything (from those who tweet me) because my tweets and blog posts sell for them.

A backbone of Twitter is to look for tweets you receive that are of interest to your list and retweet.  When you scratch some other Tweeters back, they are more likely to retweet your tweets to their list.

We have employed our daughter to read all the tweets that come to us and decide which should be retweeted and to which list.

She will also be keeping a continual trending review… looking for hot subjects.

For example recently we saw that there was a strong trend of growing tweets about Paula Deen (a popular chef in the US) having diabetes.  When I spotted this I created a post at our website about one of our reports we have on nutrition and sent a tweet that said “Paula Deen needs to read a report about nutrition at our link”.

Had we been working on a Tweet system for our multi currency focus we might have created a post at our site about Novo Nordisk the Danish Insulin maker and sent a tweet that said “See at link a  share that might make a multi currency profit from Paula Deen’s diabetes”.

Our goal is to sell reports… to refine out lists and spot areas of interest that might lead to the creation of sale of other reports or give us lists that are effective at selling our other courses and reports and or events.

Twitter is one result of modern technology that can greatly help new writers.  When you have an itch to write, others can scratch it if you’ll scratch theirs!

← To Write is Right Multi Currency Tug of War →