We can make our lives (and the world perhaps) better when we beat the illusions of the rose colored glass. 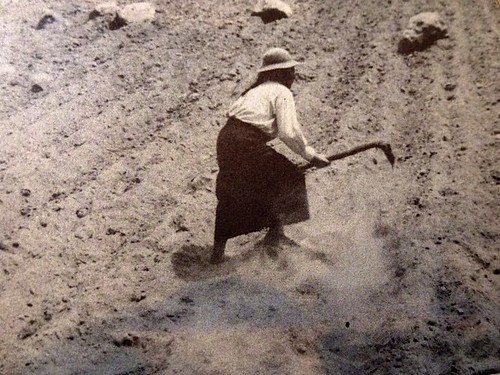 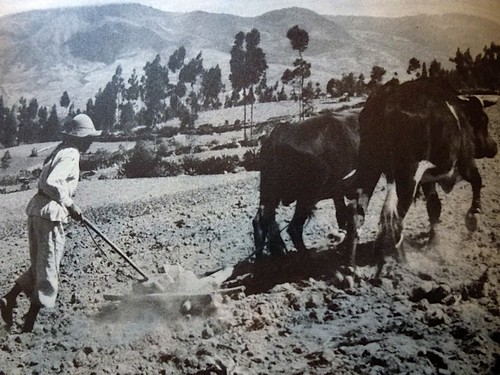 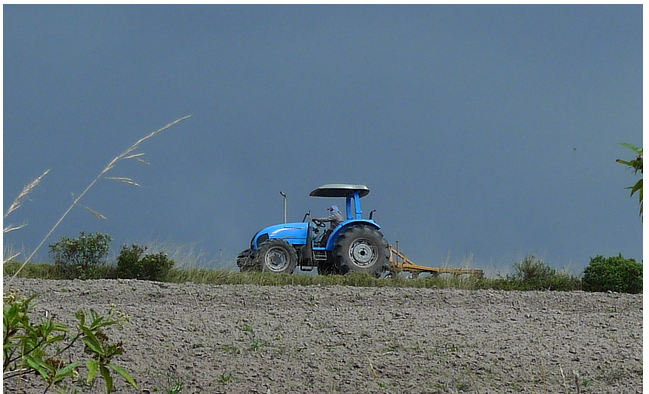 A reader recently sent this note.

Hello Gary,  Your energy level is amazing.  Obviously you enjoy your work and highly active lifestyle and involvement.  Having recently moved to Ecuador after living in pro development Panama and Costa Rica for 3 years, I am alarmed by your current agriculture investment article.  Without a thorough understanding of the socio-economic impact on the simple traditional Latino subsistence type culture rapidly taking place in both Costa Rica and Panama, the wholesale investment in agricultural and non agricultural land by foreign owners is obviously detrimental to the simple campesino subsistence culture.

I sincerely feel a great sadness to witness the loss and destruction of this simple, beautiful and inefficient human way of life here in southern Ecuador.

My reply may help you better understand Ecuador and our efforts past and present there.   More importantly this thinking may  help you direct your activity wherever it is in a more abundant and meaningful way.


My reply:  Thanks for sharing this view.  You are correct we are very dedicated to our work and have a purpose driven business. A part of the purpose is to help create employment for the indigenous of Ecuador. 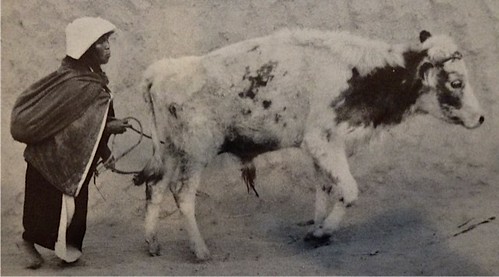 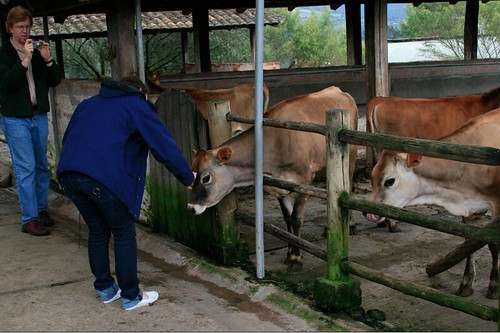 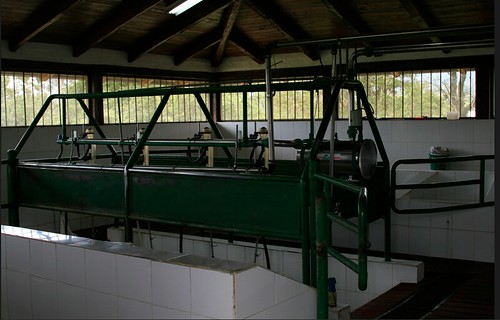 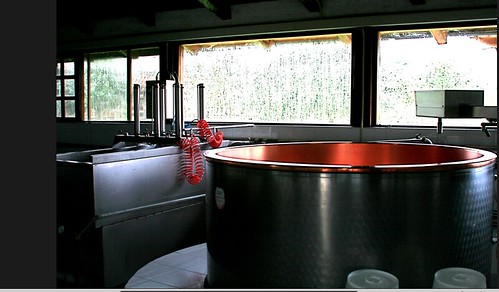 I am not sure the barefooted, short lived indigenous of the 1950s would agree that their inefficient human way of life was simple or beautiful.

I doubt that any of the land being sold is being sold by campesinos. This is property owned by inheritors of land passed down from the pure-blooded Spanish descendants who along with the Queen of Spain grabbed the land through force of arms and deceit centuries ago.

I’ll share some photos by a book published by Chicago University press in 1949…  “The Awakening Valley” By John Collier Jr. and Anibal Buitron. This  is subtitled “The photographic record of a social miracle among the Indians of Ecuador”. 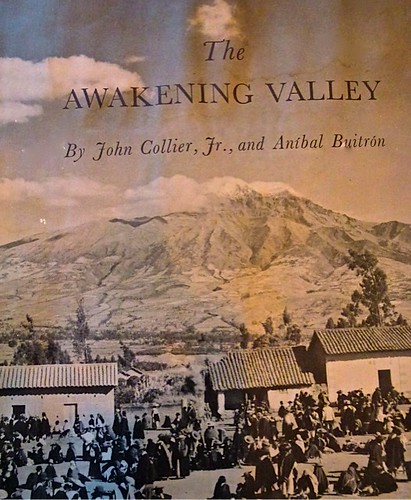 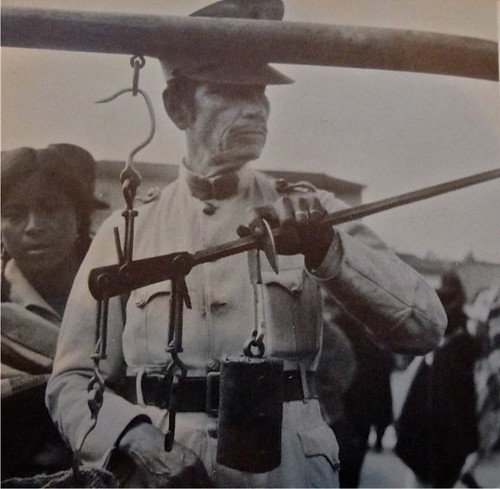 Master of the scales Otavalo 1949.

Please check the history because the depravity by the Spanish was almost unbelievable and unlike Costa Rica a middle class of farmers did not emerge so the campesinos who remained were terribly poor.

We observed the difference as our daughter lived with a family of Campesinos in Costa Rica as we lived with one in Ecuador.

The terrible exploitation of the “Indios” (this word to the indigenous is uncomplimentary) by the Spanish and the Catholic Church was as bad or even worse than treatment of the indigenous in North America.  The US government simply killed and corralled the indigenous.  The Spanish turned them into slaves. 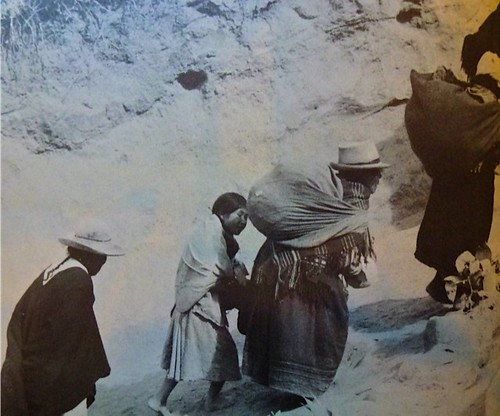 Barefooted… carrying their loads up the mountain to this… 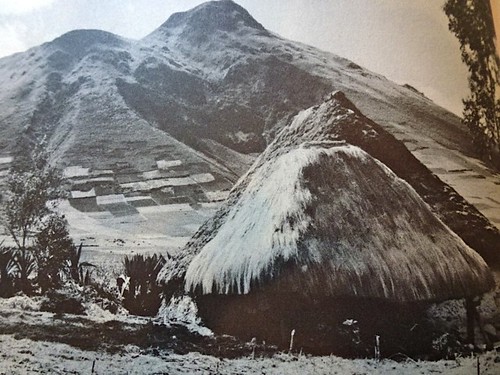 After Simon Bolivar and Jose Sucre booted the Spanish and Ecuador became a democracy, conditions for the indigenous did not improve much.  Eventually the Catholic Church owned half of all the land in Ecuador… most that remained unowned by the Church belonged to the pure blooded Spanish.

Eventually, there was another revolution that brought land reform. This provided some land for Campesinos but it was poor land… which slowly eroded and became unproductive.

Merri’s grandmother was a native American also so we have had strong feelings about this plight from the time we first arrived in Ecuador. 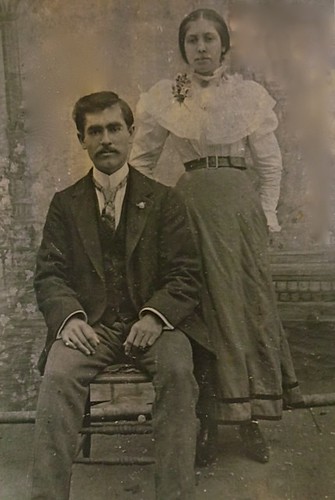 Photo of Merri’s grandmother and grandfather.

During our second year in Ecuador we lived in an Andean village with the campesino.  Our first project was to reforest the hills so the campesinos could farm again. The Ecuador government many decades ago had cut down all the trees to plant corn.  This had caused drought and erosion and instead of a wonderful forest there were just barren eroded hills above the village.  Plus the village had no water.  The women of the village carried water to their homes… uphill for way over a mile.

We donated over $100,000 for a tractor, water supply and labor to replant thousands of trees.

Today if you are driving south from Quito you’ll view on the right of the Pan Am Highway many miles of barren, brown badly eroded hills. Then suddenly after Latacunga you’ll see a wonderful green forest covering the hills.  This is the result of this forestation project.  We feel very good about that….and are amazed at the 250,000 trees that were planted by the villagers. 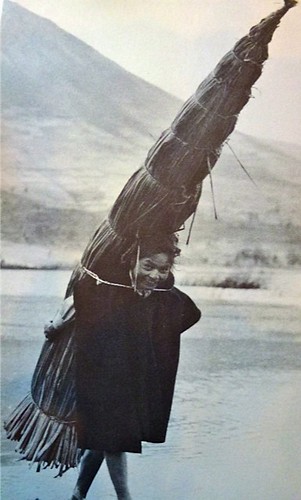 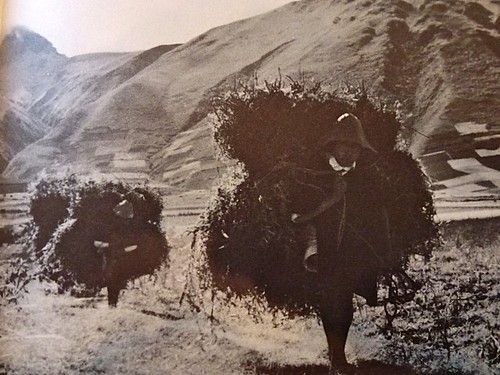 women were beasts of burden in the 1950s. 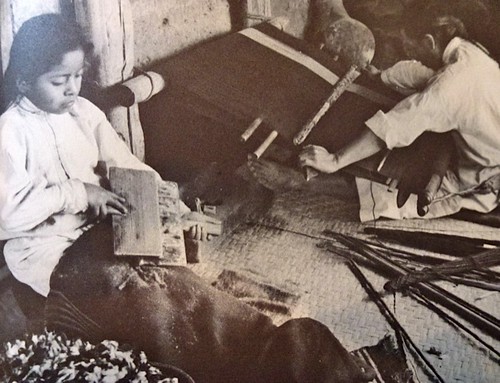 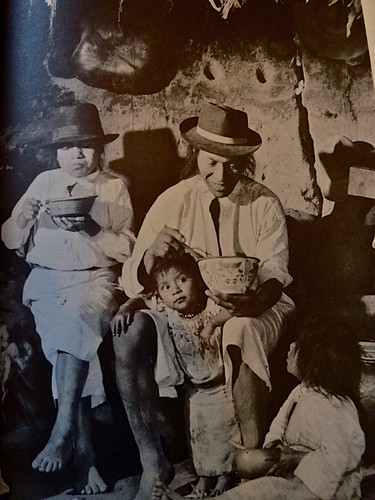 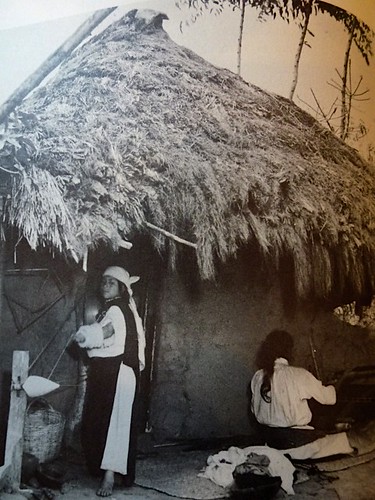 Since that time we have donated almost a million dollars, far more than our profits from the Ecuador portion of our business, to create jobs and preserve raw land and provide educational opportunity in Ecuador.

The life of the Campesino is indeed being eliminated but not due to the few gringos coming to Ecuador.

In the North Carolina Blue Ridge… many mourn the arrival of us “Florididiots” who are changing the way of life up here.  However our neighbor who had dirt floors into the 1970s is not sorry to see the employment we have brought.

In Florida many mourn the arrival of us Snowbirds who are changing the old way of life in Florida.

The head of a great think tank who advises several businesses we work with once explained that the key to building a business is to recognize that mankind looks back at the good old days which were nowhere as good as they now seem.   A most powerful selling force is people’s desire to recover what they never had but perceive they have loss.

One reason Merri and I have focused a lot on Ecuador especially the area around Cotacachi is that the indigenous community has evolved in a way that allows them to hold onto their roots… their customs… their language and dress yet interact productively in the global economic community.  Some of our Cotacachian friends still speak Quichua, still dress in the old ways, still adhere to the customs and religions, diet, but also drive Bill Blass Ford Explorers, have Wi Fi, computers and all the digital stuff paid for with thriving businesses based around their heritage and ancient skills.

Our other project in fact is in Appalachia helping to create employment in an area where all the residents were subsistence farmers and are as uprooted by change as the indigenous in Ecuador.

Our permission to advance as we have in Ecuador comes from a yatchak who ran for President on behalf of the indigenous.  Their motto is that the Eagle (North Americans) and the condor (Ecuadorians) must fly in the skies together….and now we believe they have.


The problems the poor face globally are not from gringo migrations.  Gringos bring jobs… better lifestyles and a new economy for the indigenous.  They bring change some positive… some negative… but overall the indigenous are wealthier from it.

The root of the problems you mention… if one can call them that… are medicine, technology, money and sex.

Due to attractions of sex we have a growing population that has to be fed.

Due to medicine these people are living longer.  So there is a growing demand for food.

Due to technology and the way society views it and money, chemicals will be used to enhance yields and improve delivery.  I personally hate this fact… but without great shifts in demographics and the way mankind thinks and interacts, this will be the way humanity will try to feed everyone fairly.

Merri and I farm in a small way.  Part of our family are farmers in a big way so we know the pressures that farmers face.  I do not like chemical technology (we have been one of the largest supporters of the non toxic Bio Wash that reduces the need for fertilizers and pesticides) and helped bring a distributor to Ecuador and are working on introducing this to a greater degree in US farming as well.

But I do not see how the fossil fuel energized global economic system  will diminish for some considerable time.

Due to money and the many things this social interaction does, there will always be inequities.  When haven’t there been? 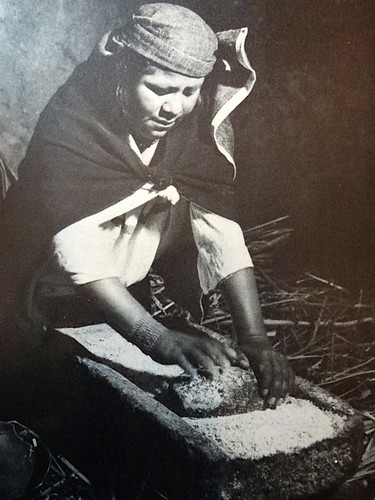 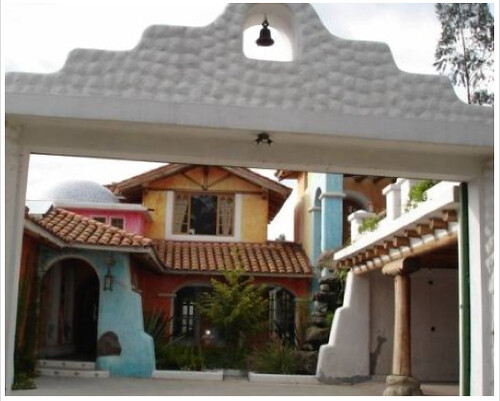 A Barra Viejo indigenous hostel and… 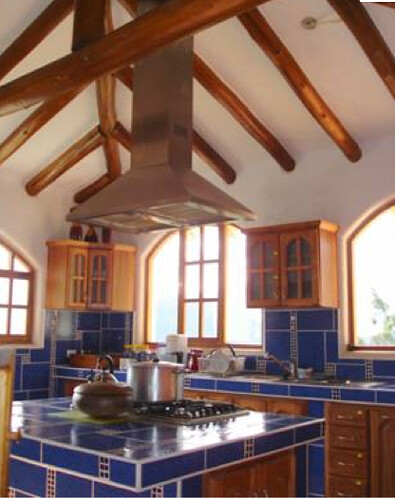 We hope that our efforts eliminate more than they create… so we try to apply humility… forethought and any wisdom we can garner from the experiences in our our 44 years of living working globally and do the best we can.

I hope these thoughts are helpful and offer a different view of more than change in Ecuador.

One of my great mentors once explained that people tend to look in the past with rose colored glasses and want to return to “good old days” that in reality were not good at all.  The lifestyle of the Ecuadorian campesino was not very good and I can assure you they do not want to return to that.

Change will come.  The yatchak we worked and lived with for so many years mourned to us one time that the children no longer listen to the shamans.  They no longer desire to become apprentices to learn the old ways.  “Join the club Don Alberto” I told him.  “This is a challenge in every generation… to get the children to listen.”   They often don’t. They listen to the voice of evolution and this is probably good.  If my children tried to apply my experience and skills to their world… I doubt they would succeed.  Heck I still struggle with my iPhone!

If you want to succeed in the here and now and have an abundant future forget the reminiscing.  Focus instead on what will come whether we like it or not.   If we can accurately assess this we might be privileged  to add some slightly intelligent push on the future that will bring us fulfillment and make the world a better place for all.  Regards, Gary

I hope this information was helpful and will help your life be more productive, enjoyable and focused on great purposes.