Here is a business opportunity in Crucita, Ecuador.

This Ecuador property is ideal for a  hotel or bed & breakfast but first let’s look at why B&Bs and BB&Bs (I am coining a phrase here) anywhere offer extra special opportunity now. 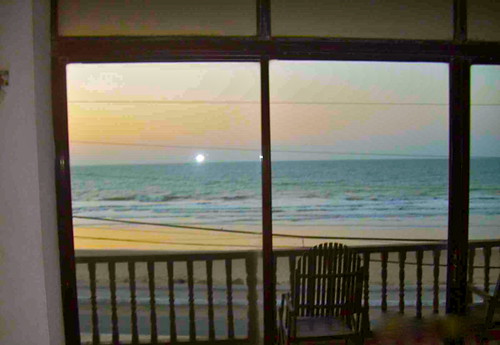 Changes in the global economy increase the value in B&B opportunity.

A recent New york Times article “Family Net Worth Drops to Level of Early ’90s, Fed Says’ by Binyamin Applebaumoutlines the root of the problem when it says:   The recent economic crisis left the median American family in 2010 with no more wealth than in the early 1990s, erasing almost two decades of accumulated prosperity, the Federal Reserve said Monday.

A hypothetical family richer than half the nation’s families and poorer than the other half had a net worth of $77,300 in 2010, compared with $126,400 in 2007, the Fed said. The crash of housing prices directly accounted for three-quarters of the loss.

Families’ income also continued to decline, a trend that predated the crisis but accelerated over the same period. Median family income fell to $45,800 in 2010 from $49,600 in 2007. All figures were adjusted for inflation.

The Fed found that middle-class families had sustained the largest percentage losses in both wealth and income during the crisis, limiting their ability and willingness to spend.

“It fills in details to a picture that we already knew was quite ugly, and these details very much underscore that,” said Jared Bernstein, an economist at the Center on Budget and Policy Priorities who served as an adviser to Vice President Joseph R. Biden Jr. “It makes clear how devastating this has been for the middle class.”

The survey also found a shift in the reasons that families set aside money, underscoring the lack of confidence that is weighing on the economy. More families said they were saving money as a precautionary measure, to make sure they had enough liquidity to meet short-term needs. Fewer said they were saving for retirement, or for education, or for a down payment on a home.

The global expansion that has boosted the well being of so many for so many years was driven by expanding emerging markets which were driven by overextended consumer spending in the Western world… led by the USA.

The high leverage involved in this spending has come home to roost and left America and most of Western Europe and Japan in an over borrowed, stagflationary (rising prices and slowing economy) state.

In other words, people are becoming much poorer and are trading down.  The concept that “The consumer is king” is losing validity.

Simultaneously the consumer is also looking for something else they can trust.   Look at what has happened to all the institutions we have been taught to rely on, the government, our police, religious centers, industry, educational institutions, science, even our athletic leaders. All have been involved in scandals, defrocked and shown as immoral, using deceit, lies and fraud.

Yet man is a social animal that needs to believe and belong.  Mankind needs to feel it knows truth and consequently is looking for it in secrets. Maybe we believe that truth is being kept from us?

Assuming this theory has some credence, we can ask what kinds of trends will develop in people’s search for truth.  This creates a new niche for B&Bs… “The Thematic B&B”… a B&B built around a belief.

There is a growing trend for the purchase of immaterial goods, such as sports, entertainment, health, communication and spirituality.  Togetherness is a key motivator for emotional fulfillment. Many consumers have learned that just acquiring stuff is not enough.  More and more things don’t satisfy much or for long. At some point our material excesses turn into junk, worthless burdens that cost us to store, clean and insure.  Successful companies in the future will learn to attach symbols of love and togetherness to their products and services.

There will be a growing business in ties that bond people together.

Think about how this can apply to a B&B.   People come to stay because they will meet like minded souls who are also interested in whatever is the theme.

This is a strong trend and it will have an impact on many businesses. Keep your eyes open to man’s search for the truth because in spotting how this trend works can change the utility of many properties.

We have used this idea to change the utility of our farm from subsistence farming to writing by creating a center for our Writers Camps. 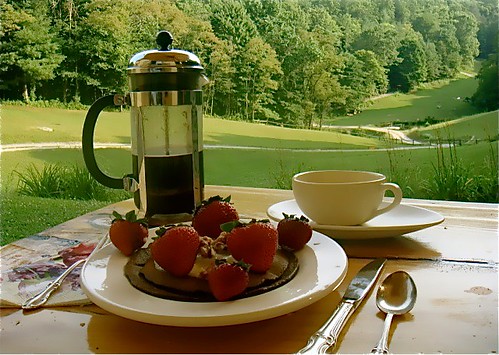 View from our mountain “cafe” at a writing camp.

Black Star Farms is another example. 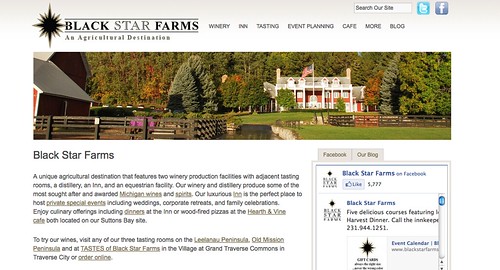 Blackstar Farms in Leelanau County, Michigan is another example as they have combined an agricultural theme with a blend of small-scale farming and business practices.

Blackstar is small as farms go at 120 acres but has blended a winery, a stable, a cheese factory, and bed and breakfast into its theme.

They use several tactics similar to what Merri and I have used at our 250 acre farm in the Blue Ridge.

First, they cut out the middle man and sell directly to the user.

Second, they enhance their margins by adding value to their products. For instance, Blackstar helps his neighbors buying pears grown in a bottle for about ten dollars apiece as a first step to producing Blackstar’s high-end brandy.

They use their grapes to produce high end wine instead of selling the grapes.

They rent their old farmhouses at bed and breakfast rates instead of getting low income rents.

Third, they outsource to enhance their their wine-cheese connection. They rent space at the farm to a cheese company.   The cheese helps attract consumers to Blackstar and makes it easier for consumers to get great cheese.

Combine this social thematic need to trading down (a poorer market) and you will see an evolving need for Boarding Bed & Breakfasts.

I have been thinking about this in Ecuador as real estate prices rise and as increasing numbers of North Americans look for a less expensive lifestyle.  They still want to be surrounded by like minded souls but cannot afford a house or condo.

Now let’s look in more detail at an Ecuadorian coastal property that could be an ideal B&B.

This building is ideal for a hotel, bed & breakfast or a home with added rental income. 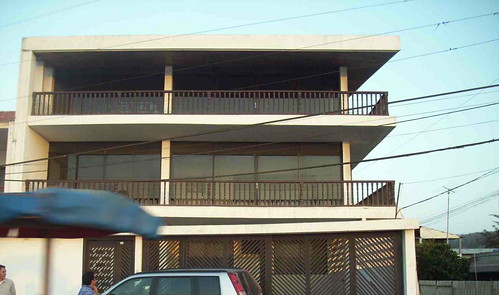 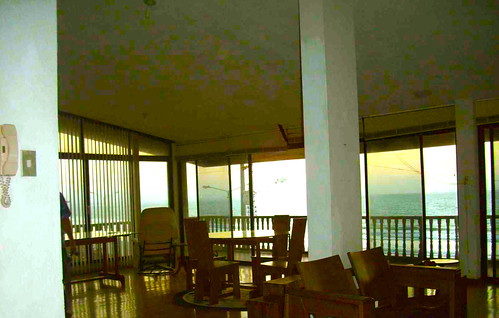 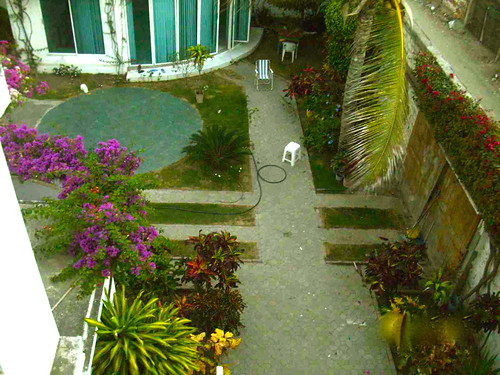 There are 12 beds and baths and an extra building in back is large with a full bath.

There are three floors, facing the beach front. 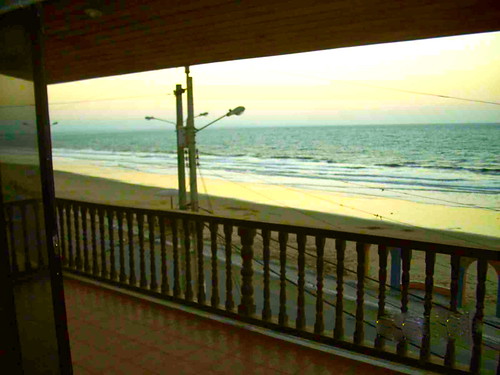 There is a garage for 2 cars, a large kitchen and an extra full suite with bath, for employees, plus two large terraces.

Learn how to be an Ecuador Living Club member here.

See how to learn Spanish in three days