Things Go Better with Government Intervention.  Or do they? 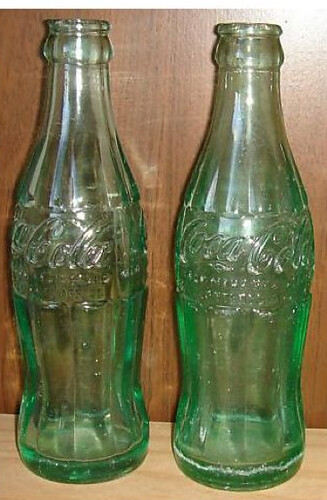 Dating myself, I freely admit remembering the 6 ounce Coke. 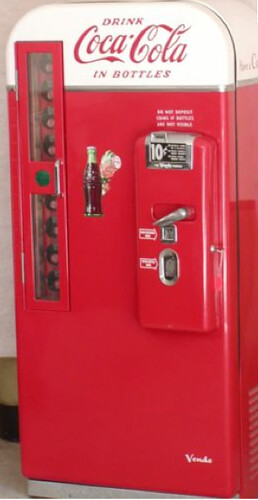 Things probably don’t go better with government intervention or with Coke! I am ashamed to say I not only used to drink but also I sold the stuff.

I paid my way through college working at Enco (now Exxon) gas stations… pumping gas.    Along the way someone gave me an old Coke dispenser just like the one above.   I placed it at one of the stations where I worked.  I would buy a case of Coke at something less than 10 cents a bottle and sell the six ounce bottles for a dime.  This is not a good way to get rich and I probably drank all my profits in Coke.  No wonder I weighed 240 pounds by the time I was 21!

Along came the 12 ounce bottle.  This grew to 16 and then 20 ounces not to mention the arrival of the Big Gulp at 44 ounces and then the double Big Gulp in the 60 ounce range.  Talk about sizing up!

New York is doing something about this.   A recent NYT article entitled “New York Plans to Ban Sale of Big Sizes of Sugary Drinks” by y Michael M. Grynbaum  says: New York City plans to enact a far-reaching ban on the sale of large sodas and other sugary drinks at restaurants, movie theaters and street carts, in the most ambitious effort yet by the Bloomberg administration to combat rising obesity.

The proposed ban would affect virtually the entire menu of popular sugary drinks found in delis, fast-food franchises and even sports arenas, from energy drinks to pre-sweetened iced teas. The sale of any cup or bottle of sweetened drink larger than 16 fluid ounces — about the size of a medium coffee, and smaller than a common soda bottle — would be prohibited under the first-in-the-nation plan, which could take effect as soon as next March.

The measure would not apply to diet sodas, fruit juices, dairy-based drinks like milkshakes, or alcoholic beverages; it would not extend to beverages sold in grocery or convenience stores.

“Obesity is a nationwide problem, and all over the United States, public health officials are wringing their hands saying, ‘Oh, this is terrible,’ ” Mr. Bloomberg said in an interview on Wednesday in the Governor’s Room at City Hall.

“New York City is not about wringing your hands; it’s about doing something,” he said. “I think that’s what the public wants the mayor to do.”

I have to congratulate Mayor Bloomberg for trying to do the right thing…  but it can be really scary of the way he is doing it.

For the record, I have not had a drink of Coke in years… probably not decades. Once in awhile (maybe two or three times a year) I’ll sneak an A&W Root Beer for old times sake… but Coke… never.

However in my opinion this is not the government’s business because of the risk of intervention creep.

Then the question arises… is a diet soda better than one with sugar?  There is evidence that  the  diet drinks are as bad as those with sugar. According to the livestrong.com site: Drinking diet soda poses a major health risk because it increases the risk of metabolic syndrome by 50 percent, according to a study by researchers from the Boston University School of Medicine published in the July 2007 issue of the journal Circulation. Drinking one or more sodas daily increased study participants’ risk of obesity by 31 percent and increased their risk of developing high triglycerides by 25 percent. No difference existed between those who drank sugar-free or regular sodas, and researchers suggest that’s because soda drinkers in general tend to have poor dietary and exercise habits that contribute to an increased risk of metabolic syndrome.

Do we want the government telling us what we can and cannot eat?  Soon we might be as bad as Singapore where they banned chewing gum.  By the way, that law showed how stupid these regulations can become was softened in 2004 when the Wm. Wrigley Jr. Company enlisted the help of a Washington, D.C.  lobbyist and an Illinois Congressman Phil Crane, then-chairman of the United States House Ways and Means Subcommittee on Trade, to get chewing gum on the agenda of the United States-Singapore Free Trade Agreement.

History has shown us again and again that to intervene in habituates is a losing proposition.  The costs of anti-drug laws in terms of money and loss of liberty has to make us wonder.  We still have Moonshiners up here in the Blue Ridge… so much for prohibition.    Will there be 20 ounce speakeasies popping up in New York?

I predict a new 10 ounce cup arriving in New York and two for one sales.  If can figure that out… so too can vendors of soda pop.   How will Bloomberg stop that?  Will he make it illegal for anyone to have 20 ounces of soda pop in their possession?

Don’t get me wrong. I believe that obesity is a huge global problem.  I believe that carbonated drinks are not healthy.  Yet ineffective, uninformed regulations are not the solution.

Some government intervention in food might be good.  For example a  USA TODAY article entitled “Chinese despair at endless food-safety scares” by Calum MacLeod shows what happens when there is not enough intervention in the food supply when it says:   China is investigating claims vegetable sellers are spraying cabbage with harmful formaldehyde to keep it fresh, an official said on May 8, in yet another food-safety scare to hit the country.

Regular surveys reveal that China’s authoritarian government struggles to reassure citizens that it can deliver the safe food they rank as a top priority.  In the city of Guangzhou, whose Cantonese cuisine is celebrated worldwide, more than 46% of residents are dissatisfied with food safety, and more than 37% said they had suffered recent food-safety problems, according to a survey released this month by the Guangzhou Public Opinion Research Center.

China appears a long way from Western-style food-safety standards when Chinese still can’t trust the oil they use to cook much of their food. For months, authorities have cracked down on “gutter oil,” used cooking oil dredged from the gutters outside restaurants and resold. Today, the term refers to any illegal oil, such as the stuff made from rotting animal parts in Zhejiang province and from industrial fats used for soap in Yunnan.

This is the eternal battle created by the bell shaped curve.   Usually the government intervention is too little or too much.  In China it appears there is too little.   In the USA… in New York at least… there may well be too much.

One solution when you feel surrounded by what you consider are stupid regulations is to pack up and leave.  This site and our published newsletters in the decades before have always stressed that the sun shines somewhere and that we should be citizens of the world so we can go where we are happiest not just where we were born.

This is one reason we have have been recommending Ecuador for so many years. This country is highly civilized… highly organized but the government is poor.  With so many big challenges it cannot pass or at least enforce too many silly laws.  The expats in Ecuador do not feel like Big Brother is breathing so much down there necks.

If you plan on trying Ecuador or anywhere outside your existing country… visit first.  If you like what you see and feel, then rent longer for a term.  Then look for bargains to buy if you wish to own. 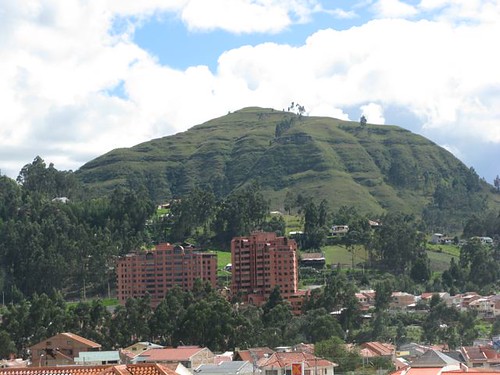 This luxury condo has a 450 square foot terrace with these 180 degree views of Cajas, Baños & Turi.

This is a new, spacious, completely furnished penthouse condo. 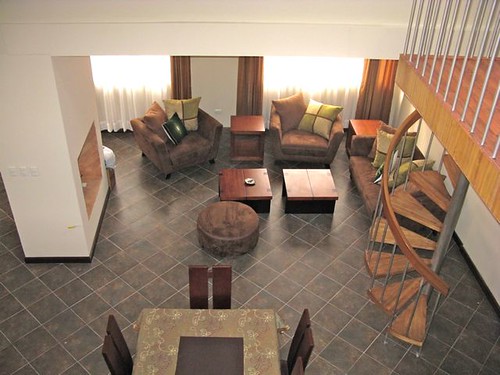 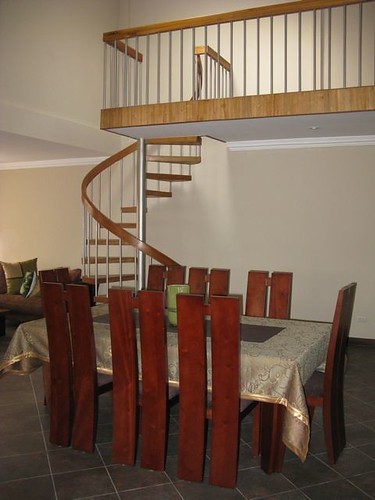 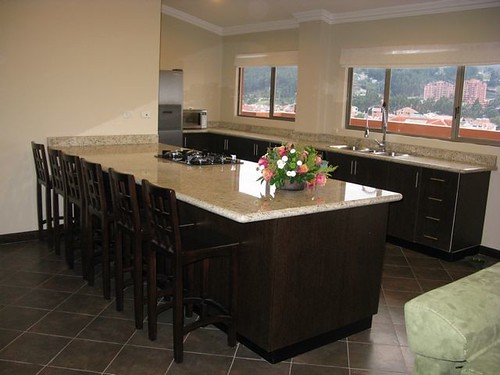 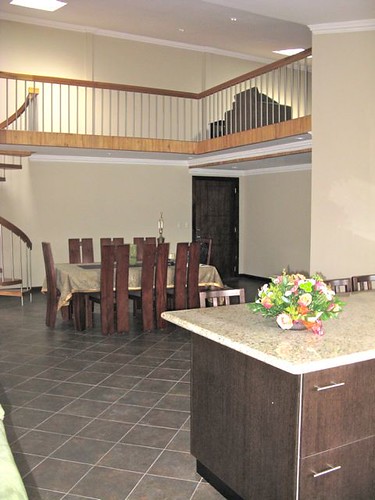 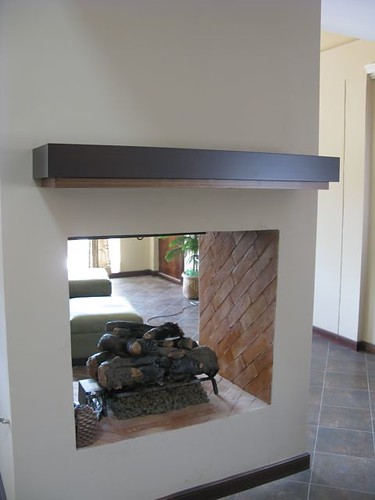 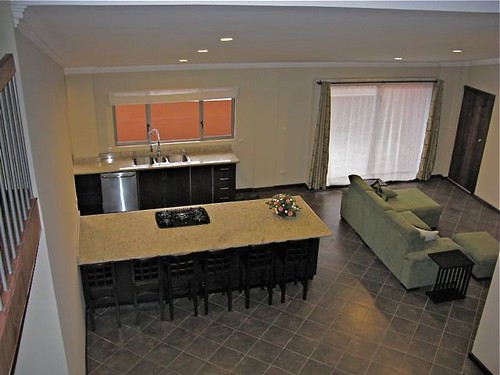 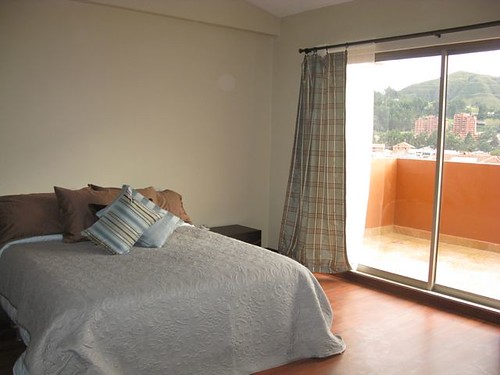 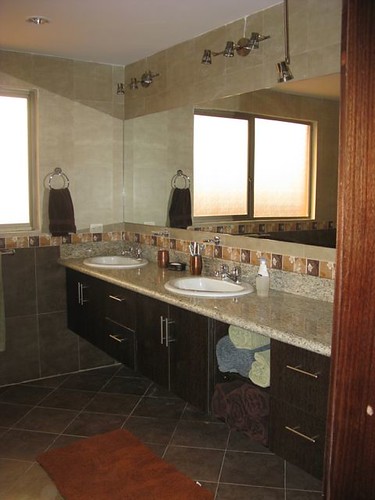 Walk-in closets and baths, plus loft with another queen bed, private area, closet and sitting area. 2.5 baths. 2,400 square foot plus.

There are few countries where government intervention is at the perfect spot on the bell shaped curve.  Usually we’ll find that Big Brother is either looking too little or too much.  When Big Brother gets so big that he tries to make his voters smaller by dictating how much or little can be consumed, the concept of dictatorship starts to replace democracy.  When this happens one may choose to move or get a couple of 10 ounce cups!

← Self Publishing Lesson 20 We Know Too Much →