The Importance of Memories

Understanding the importance of memories can help us broaden our horizons in a transformative time. 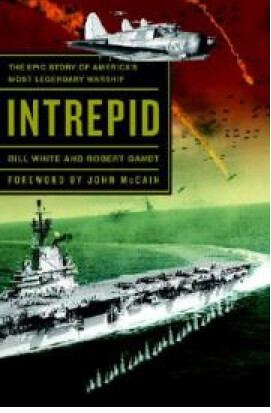 Today I am reading  the book Intrepid by Bill White and Bob Gandt with a forward by John McCain.

This is a great book that recollects the history of the men and women who have served their nation about this ship.    This is a fit read for this time and for this age.   Today is Memorial Day as we intensify our memory for those who have died in our nation’s service, let’s remember them and their sacrifices every day… but set aside this day (or one like it if you live outside the US) as a time of special honor, emotion and gratitude.

This book is also a great read because the word Intrepid is described in the Merriam Webster Dictionary as:  characterized by resolute fearlessness, fortitude, and endurance.

History has brought us to an era of change when we need to be intrepid.

Remembering the past can help us understand change and help us be intrepid.

The West has enjoyed decades of extraordinary expansion due to the Veterans of WWII.   Yet old memories of war from the past tie us to the future we face now.

Memorial Day was originally called Decoration Day which began after the American Civil War to commemorate the fallen soldiers of the Civil War.

The power of Civil War memories taught me a lesson about how strongly the threads of history bind us to today.

Growing up as an Oregonian, the Civil War was just an idea… known only through history books and the “Red Badge of Courage” which we had to read in our high school sophomore year.   An idea without emotion attached.

Then one day I conducted a seminar in Pascagoula, Mississippi and was talking about how the US economy grew after the end of the Civil War.  One delegate jumped in with “Who the hell said it was civil and who the hell said it has ended?” After the seminar I asked the MD who had sponsored this seminar if that delegate was joking.  My education was to learn that delegates really did still feel very emotional about that conflict.  The doctor went on to add that he believed the North had been beating up the South ever since.

I found that hard to believe until I looked at the poorest states in the Union.  That was over 30 years ago.  Then I married a Georgia Peach.  Merri was born and grew up in Macon, Georgia.  Spending time there taught me new names for the Civil War… such as “War Between the States” and “The War of Northern Aggression”. 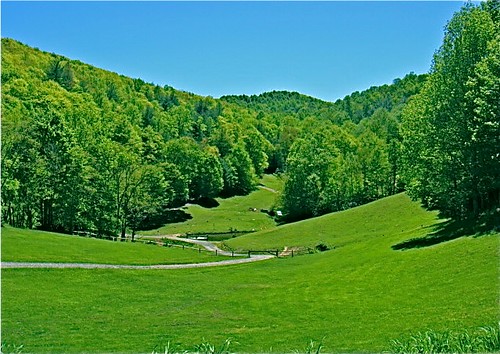 Over this ridge at our North Carolina farm and down a couple of hollows is the border with Tennessee.   Some of our neighbors fly Confederate flags… very large ones… by their house… a tradition passed down from father to son in a long memory.  They would agree with those different names.

There may be a point to their side of this memory.   Today the ten poorest states in the Union based on rank by median household income are:

That’s a long memory… but not anywhere as long as some.

We can prepare for change by reflecting memories, long and short…and try to understand how those events remain woven into our lives today.

For example, let’s look at the recent JP Morgan $2 billion (or is it $3 billion) dollar loss.  Let’s refresh our short term memory  beginning with excerpts from a 2008 CNN article entitled  “Where’s the bank bailout money?”:  NEW YORK (CNN) — Banks have launched public relations campaigns to bring in customers and soothe nerves, with ads offering “peace of mind” and other promises.

Citigroup, along with JPMorgan Chase, Wells Fargo and Bank of America got the biggest chunks of the bailout.

But what’s not public is what they are doing with the billions in federal bailout money they’ve received — the money doled out through a $700 billion rescue plan so banks could start lending again.

CNN contacted the banks that were given the biggest chunks of the bailout: Citigroup, JPMorgan Chase, Wells Fargo and Bank of America.

Where the money went is not clear.

“We are using the TARP funds to build our capital and make every good loan that we can,” Bank of America said. The bank said it expects to release more information in its fourth quarter earning report.

Citigroup, JPMorgan Chase and Wells Fargo each received $25 billion — the largest amount given to any bank.

Then a  January 21, 2011 Time Magazine article entitled “Big Bad Bankers” brought us up to date. Here is an excerpt: Banks are back.  JPMorgan Chase recently announced that it earned $4.8 billion in the fourth quarter of 2010, nearly 50% over the previous year.

There is nothing inherently wrong with large banks making large profits. Yet the news from Wall Street is attracting the ire of Main Street, which continues to struggle.

While everyone else struggles, banks have been in a privileged position, benefiting from interest rates on short-term interbank loans (the mother’s milk of all banking transactions) of nearly zero and long-term rates above 3% plus fees.  Because a functioning banking system is as essential to modern society as power plants and water, banks have been given every advantage by government.


I was able to see something like the JP Morgan’s fiasco coming because I recall this phenomenon well.  I did not know specifically that JP Morgan would be the one… but what history suggested was that some bank who felt it would not be allowed to go out of business and was paying huge bonuses to its staff would really… really screw up.    According to the news, losses of $2 billion could grow to three and even more.  The Wall Street Journal reported that JPMorgan may lose $5 billion on its derivative business.

That recollection was of banking trends in the 1980s.  Back then, the US was coming off a recession and the Fed was increasing liquidity and lowering interest rates just as they have been these last several years.

One of my readers… a real estate developer… went bankrupt when his lender jerked his line of credit. One investor or another claimed fraud and the poor developer ended up in criminal court. His defense lawyer called me as an expert witness.

I remember that Federal prosecutor.  He did not like me at all… especially because I refused the defense attorney’s offer of pay. When he asked why… he suggested that the defense had put me up to this.

“Not true,” I replied. “I actually like to see justice”.  The big banks were making all the bucks and the small developer was going down the drain. Then the system was blaming some little guy while the fat cats laughed in their country clubs. I did not like it then when bankers were using my tax dollars and my bank deposits to enrich themselves while they let the overall economic system down. I do not like it now either.

The reason banks were not making loans then and now is simple.  The Fed is supplying the banks with reserves at a near-zero rate.  Not much of this money is loaned to business or homeowners, because the banks can buy Treasury bonds that pay 3% to 4%.  They borrow from the government at zero and invest the loan with the government for 3%. Wow, anyone could make money with that sort of deal!

Or worse.  Why should bankers who are rewarded with performance bonuses pass Federal money on to borrowers when the banks can speculate instead and pump up their profits…  and bonuses and make fortunes?

Ina Drew who was in charge of the specific risk at JP Morgan Chase that created the billions lost earned $14 million last year.

Yet it is the nature of the income that creates the problem.  For example according to numerous news reports, Drew’s base salary was a mere $750,000.  Much of the balance of the extra $13,250,000 came in the form of cash bonuses and stock options.

The trader who was in charge of the JP Morgan team which actually placed these losing bets in London, Bruno Michel Iksil, is said to be one of the highest paid bankers in London… again because of bonuses.

The London Independent newspaper cited an unnamed senior JPMorgan banker as saying that Iksil’s actions were “bloody annoying” and said that it is “probably quite likely” that the 2012 bonus pool will be halved.

Long term memories show us repeatedly that human nature is such that money distorts society for the benefit of a few at the expense of many.

We can blend these short term with the longer term to spot the past weaving its way into our future.  For example we can see how the banking  problems in the 1930s are connected to banking imbalances now.

The 1930s Depression led to the creation of the Federal Housing Administration. The FHA helped create fixed rate mortgages by insuring them.

Then Fannie Mae created the first liquid secondary market in these mortgages and thereby freed the loans so lenders could make more loans.

The government also passed the Secondary Mortgage Market Enhancement Act (SMMEA) to improve the marketability of private label pass-throughs so they could be legal investments equivalent to Treasury securities and other federal government bonds for federally-charted banks.

In other words, the US government has again and again thrown liquidity into every economic downturn.  Now with its huge debt… huge and growing trillion dollar deficits and other obligations added to the European crisis, one has to ask how much do we have in reserve?

Have modern leaders left the current economy in a position to recover without another major cleansing?   Will Western governments find a solution… again?

No one… no economist… no banker or investment manager…  no bureaucrat or politician can guarantee the future.  Therefore we cannot not rely on the government to look after us.

However we should not despair.  We can (and should) look after ourselves and each other through service.  Economic history since before WWI has been suggesting that we’ll see a crash in 2011 and perhaps 2012, but then will come to the light at the end of the tunnel.

This is a really important historical fact to consider.  Our challenge at this time is not to rearrange our lives for doom and gloom but to broaden our horizons so that we are ready to launch into the next even brighter future.

This is why we need to be intrepid now.

This chart from Tradingeconomics.com (linked below) shows the connection between periods of zero or negative US economic growth and passage of these various government agencies and regulations to make it easier for the Fed to put money into the financial system.

In each case this did not resolve the problem.   Instead new ideas… new technology and new social pacts created wave after wave of growth.

All the memories we can view suggest this will happen again.  What will the technology be?  What countries will lead the way?

I do not know.

I do know history suggests that those who are intrepid and approach the era ahead with resolute fearlessness, fortitude, and endurance are those who will benefit from the next economic cycle up the most and now is the time to become more intrepid.

Enjoy today’s holiday.  We are living in the most prosperous time known to mankind through the valiant efforts of those who have sacrificed so much.  It is with great gratitude that we look forward to sharing an intrepid future with you.