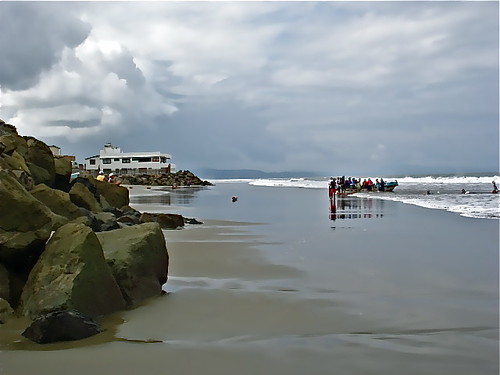 An Ecuador beach shot on a cloudy day. 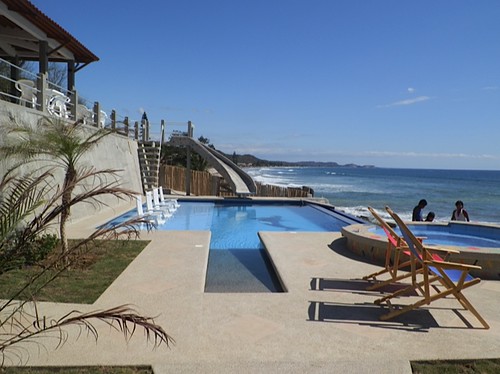 An Ecuador beach shot on a clear day.

Weather is important everywhere… in investing in our lives… in all aspects of human endeavor… yet it always has been unpredictable.

As an investor I have always believed that if you buy good value real estate in sunny places located near large populations who live in cold places… you make money.  This is why  love investing in distressed Ecuador and Florida property.

Now we have to ask… will the good weather remain where it is?   There are so many questions about Global Warming… is it or not and if it is… natural or caused by mankind (as if we are not part of nature).

One must wonder… we have terrible droughts in Florida…  and horrible rains in Ecuador.  The National Oceanic Atmospheric Administration (NOAA) has announced that this was fourth warmest meteorological winter on record across the contiguous United States and the warmest since 1999-2000.

Is this a one off or just something that happens once every decade or two?

Weather is unpredictable and future weather perhaps even more unpredictable than before. Yet weather can affect our investments and our lifestyles.

This thinking was confirmed when a reader sent me this note.

Gary,  As always, most interesting and informative writing. I forward many of your emails to other people.

I just returned from 5 weeks in Ecuador and there is something that puzzles me: 80% of the pictures I see from Ecuador are cloudy skies in the background. While I was there from Jan 4 to Feb 10 I saw the sun less than 8-10 times. Most days were overcast and sometimes rainy. The weather otherwise  – the temperature – was delightful, but I really missed sunshine.

I know it’s the rainy season and I heard people say it was worse this year. A man who has lived in Vilcambaba for 18 years says he has seen a change to much rainier weather in Vilcambaba over the last few years. He no longer has to use drip irrigation as he did the previous 15 years.

Sunlight is extremely important to me. I loved Ecuador – except for the lack of sun. The gray skies were oppressive. I live in Florida and it’s a fluke that we are having more rain and clouds suddenly the past 10 days – because we are actually in a drought from the looks of the ponds and lakes. I had noted the cloudy skies in many pictures – not just yours,but multiple sites show pictures with dull skies in the background. I was discouraged to find the rainy season is six months long. Yet you always refer to Ecuador as land of the sun and I have grown to trust you a great deal. Did I just hit an unusual patch of weather in Southern Ecuador, Banos and Quito? I have read the coast is often cloudy and overcast in the winter. The Galapogos seemed to be sunny while I was there. Most people didn’t seem to notice the clouds like I did – they said they thought they had found paradise.  Thanks,

First let me point out that I try to take my photos when the weather is cloudy.  Saturation is better in a filtered light and the shadows and glare are less likely to ruin the shot.

However I asked Jean Marie Butterlin who heads up our Ateam Ecuador on the coast about the weather there this year.  He  sent this note.

In the coastal area, we had very unusual high rain falls; the locals tell me that right now it is the hottest most humid weather they have ever experienced; even we are not technically (from a water temp standpoint) in an El Nino year.  The precipitations are even higher than a average El Nino.

North of Jama there were mudslides and with that some new lakes were forming that have the potential to destroy thousands of families.

There recently was an emergency meeting in Bahia with the vice-minister of agriculture and all the navy and local authorities
like the governor of Manabi to decide what can be done to protect and help those families.

This kind of mudslide is even very rare in an El Nino year.

Our delegates of our agricultural expedition by the way were introduced to the minister and able to have a chat with him about this. 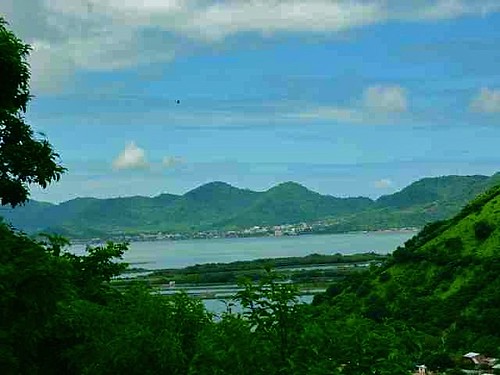 Shot taken of a farm on Jean Marie’s agricultural expedition… clouds and sun.

I wrote to the reader that sun is important to me as well.  I am the guy they named SAD after!   So I watched carefully what the weather was like in Ecuador and found that there are some places in Ecuador where it is really dry… others where there are seasons.  All of Ecuador has sun… a lot of it… but the weather is like eternal spring and spring means clouds and rain as well.

There are times of the year in each area when there is a lot of rain.  This is one reason why we have a place on the coast and one in the Andes.  The rainy season in Cotacachi for example tends to be January to Feb. Feb is often dry and March-April again are rainy.  On the coast north of Manta the dry seasons are Nov. to June… so we move around.

Ecuador is also affected by El Niño and La Niña. During that time all bets are off. It can be just plain rainy almost every day for extended periods of time.

The extremes of this climate pattern’s oscillations, El Niño and La Niña, cause extreme weather (such as floods and droughts) in many regions of the world.

During a time of El Niño there is heavy rain.  During La Niña, drought plagues the coastal regions of Ecuador  Peru and Chile and northern Brazil.

According to University of Washington at http://www.atmos.washington.edu/gcg/RTN/rtnt.html

The term El Niño (Spanish for “the Christ Child”) was originally used by fishermen along the coasts of Ecuador and Peru to refer to a warm ocean current that typically appears around Christmastime and lasts for several months. Fish are less abundant during these warm intervals, so fishermen often take a break to repair their equipment and spend time with their families. In some years, however, the water is especially warm and the break in the fishing season persists into May or even June. Over the years, the term “El Niño” has come to be reserved for these exceptionally strong warm intervals that not only disrupt the normal lives of the fishermen, but also bring heavy rains.

During the past 40 years, nine El Niños have affected the South American coast. Most of them raised water temperatures not only along the coast, but also at the Galapagos Islands and in a belt stretching 5000 miles across the equatorial Pacific. The weaker events raised sea temperatures only one to two degrees Fahrenheit and had only minor impacts on South American fisheries. But the strong ones, like the El Niño of 1982-83, left an imprint, not only upon the local weather and marine life, but also on climatic conditions around the globe.

I agree. With El Niño comes rain!  We spent one El Niño winter at our Andean Hacienda about 1.5 hours from Quito living with an Ecuador shaman and his apprentices. The place had terrible heavy heavy rain day after day.  We practically lived in rubber boots it was so wet.

On the other hand there was still plenty of time for sun burn.  The weather pattern was sunny mornings and rain in the afternoon… much like Florida summers (but far less humid).  I remember this well because on the clear mornings the weather was cool but brilliant and the temptation to was to work shirtless in the garden… at 8,500 feet altitude with  a clear sky.  A dermatologist’s nightmare!

I loved it… cool but very sunny and each night I suffered from too much sun.

Readers  often write asking about the weather in the Andes.  If you look up Quito weather for example it says “Rain” almost every day.  This is a puzzle as it is simply not true.   A history of Quito weather from the Washington Post shows the  average temperatures. 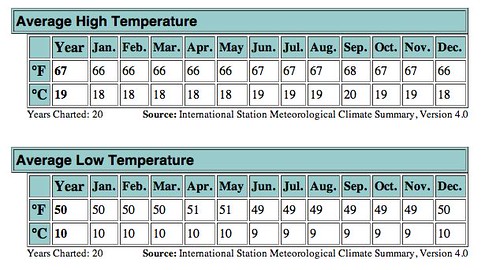 The highs and lows. 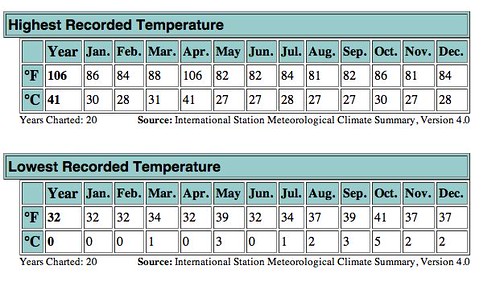 My experience over fifteen years in Ecuador is that there is plenty of sunshine but if you want really dry sunny everyday sunshine you’ll not get it in the most popular expat areas.

None of the places where we have lived in Ecuador are dry all the time like the US Southwest.  There are such areas though.

This is why we recommend renting in Ecuador first and buying only after you have grown to know the area and how it suits you.

This is also why we are adding more and more Super Thinking courses to help readers become better at adapting to change.

← We Wait for Pain Triple Value →