Many who plan to retire expect to rely on their pension, but a new government plan puts pensions at more risk. 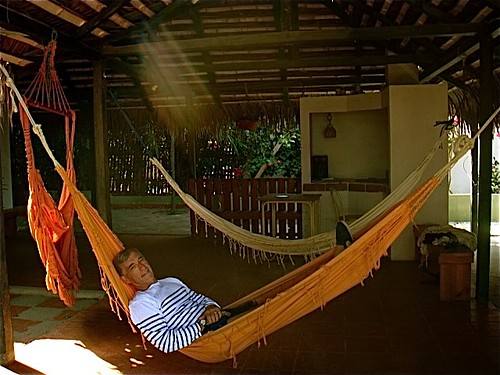 Don’t let your plans for this… turn into… 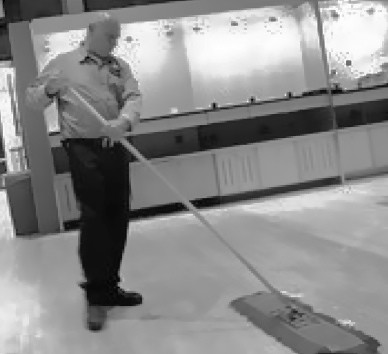 The February 27 New York Times article “To Pay New York Pension Fund, Cities Borrow From It First” by Danny Hakim shows why your pension could be at risk.

Here is an excerpt:  ALBANY — When New York State officials agreed to allow local governments to use an unusual borrowing plan to put off a portion of their pension obligations, fiscal watchdogs scoffed at the arrangement, calling it irresponsible and unwise.

A new borrowing mechanism was approved under former Gov. David A. Paterson.

And now, their fears are being realized: cities throughout the state, wealthy towns such as Southampton and East Hampton, counties like Nassau and Suffolk, and other public employers like the Westchester Medical Center and the New York Public Library are all managing their rising pension bills by borrowing from the very same $140 billion pension fund to which they owe money.

Across New York, state and local governments are borrowing $750 million this year to finance their contributions to the state pension system, and are likely to borrow at least $1 billion more over the next year. The number of municipalities and public institutions using this new borrowing mechanism to pay off their annual pension bills has tripled in a year.

The eagerness to borrow demonstrates that many major municipalities are struggling to meet their pension obligations, which have risen partly because of generous retirement packages for public employees, and partly because turbulence in the stock market has slowed the pension fund’s growth.

Supporters argue that the borrowing plan makes it possible for governments in New York to “smooth” their annual pension contributions to get through this prolonged period of market volatility.

Critics say it is a budgetary sleight-of-hand that simply kicks pension costs down the road.

“You’re undermining the long-term solvency of these funds and making the pension fund even more of a gamble than it already is,” said Josh Barro, a senior fellow and pension expert at the Manhattan Institute, a conservative research organization. 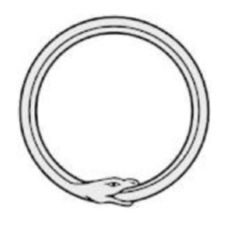 Does this really make pension, evolutionary, economic or any sense?

Here is the Rub and Risk for all Pensions

At this time it appears that just the State of New York government is robbing (Ah I mean borrowing from) their pension funds.

This state regrettably learned form the big guys… the Federal government (other national governments are also playing this game).

This will lead to pension robbery creep.  Government pension creep can be compared to steroids in baseball.  If one player is allowed to use steroids… all the other players have to jump on the bandwagon to keep up.

Once one government uses an unethical… economically unsound  tactic… and gets away with it, all the others follow.

The only protector from this is… the government.  Do you see the problem?

In theory we the people control events with our votes… in theory.  Yet human nature is that 20% of the population work harder than the rest.   This means 80% tend to have less than those who work hardest.   Yet in true democracies the poorer 80% have the biggest vote and they tend to vote for whoever offers them the most… even if the offer makes no economic sense.

For historical reasons the biggest government of all (USA) began the idea of pension theft.  I recall decades ago when the US government was falling deeper and deeper into unsustainable debt and began raiding Social Security.   Germany and Japan had real fiscal discipline then so did not need to do this.
The demographic and human problems in all three countries were the same… an aging smaller population with all voters wanting more and more while giving less and less.

Eventually these nations too became victims of the demographics and human nature. They began borrowing more than they could repay.

The US Government Continues to Lead the Way

As a population catches onto the fact that a government has a wanton fiscal policy… those with money begin voting with their feet. They move the wealth out of the country.

To stop this movement the US has gradually made it increasingly difficult for Americans to hold assets outside the US.

An example is the latest move by the U.S. Justice Department against Wengelin & Co., Switzerland’s oldest bank, which is one more step in stopping Americans from banking abroad.   In February 2012 the department called Wengelin a fugitive from justice on Friday after it didn’t send a representative to a court hearing in New York.

Wengelin was founded in 1741, and is accused of helping U.S. clients conceal $1.2 billion from the Internal Revenue Service.

The bank was summoned to appear in Federal court but stated that it had not been properly served and was not able to appear in court according to Swiss law.

No one attended on the bank’s behalf even though U.S. Federal authorities had seized $16 million that the bank held in a U.S. correspondent account.

This is part of a 40 year process I have observed that makes it increasingly hard (impossible for most) for Americans to bank abroad.

Now the government is taking a similar approach aimed at controlling  $3.6 trillion stashed away in private pensions.

This is a concern for anyone who has a private retirement plan, 401 K, or IRA.

The pension problem has been growing for some time but the newest thrust was taken during the Federal Budget crisis of 2011.   The US government was only able to remain open by taking Federal workers’ pension money was a temporary measure.  The government’s next step in its plan is to make funds in  401(k)s and IRAs available for government spending as well.

That plan was floated as a trial balloon even before the debt crisis… as early as January 2010.

Bloomberg Business Week reported about that and said:  The Obama administration is weighing how the government can encourage workers to turn their savings into guaranteed income streams following a collapse in retiree accounts when the stock market plunged.

The U.S. Treasury and Labor Departments will ask for public comment as soon as next week on ways to promote the conversion of 401(k) savings and Individual Retirement Accounts into annuities or other steady payment streams, according to Assistant Labor Secretary Phyllis C. Borzi and Deputy Assistant Treasury Secretary Mark Iwry, who are spearheading the effort.

There is “a tremendous amount of interest in the White House” in retirement-security initiatives, Borzi, who heads the Labor Department’s Employee Benefits Security Administration, said in an interview.

Retirement plans, including 401(k) accounts, held $3.6 trillion in assets at the end of the second quarter of 2009, while annuity investments of all kinds totaled about $2.3 trillion, according to figures from the Washington-based Investment Company Institute, a trade association for asset managers.

Having watched the government gradually… over 40 years make it almost impossible for average Americans to bank abroad, I can see how the attack on private pensions is working in a similar way.

The Administration is using a similar approach to make it almost impossible for Americans to invest their retirement plans anywhere but in US government bonds and bills… in other words put all investments in private pensions into the government’s hands.

The FDIC  (Federal Deposit Insurance Corporation) took one step in 2010 when for the first time they audited all IRA Custodians.  In advance of the audit they sent a letter to all custodians addressing areas of concern which included though was not limited to Foreign Real Estate and Foreign Companies. The letter specifically focused on the risks that overseas countries represent.

The plan to take over personal pensions could unfold in three steps.

First, the FDIC will want to regulate where an American can invest in another country by determining if that country is “too risky” or not.

The second step will be to allow the FDIC to determine if any investment… even in the USA… is too risky.  Slowly only US government bonds, bill, Trills etc. could be deemed safe enough.

This is exactly what has happened with the ability of Americans to bank abroad.   First layer upon later of regulations were placed upon non US banks.

This legislation made it so expensive for non US banks to have American clients that only really wealthy investors can have overseas bank accounts.

Second, the Fed lowered interest rates so the average American earns almost nothing at US banks where they are forced to leave their funds.

There is not a single line of legislation that prohibits Americans from banking abroad.   Instead the government regulates overseas banks who accept American customers.  Slowly layer upon layer upon layer of compliance requirements have been added that made it so expensive for a non US bank to comply that most have had to stop accepting US clients.

The FDIC could determine it is “risky” and hence expensive to allow for foreign assets.  This will force custodians to only allow US investments and later only government assets.  These government assets could then be trimmed to pay almost nothing… reducing the pension’s purchasing power.

This is how the government destroyed the ability of Americans to bank abroad.

This is how the government spent the Social Security Fund.

The article said:  Here’s how President Barack Obama answered CBS’s Scott Pelley’s question about whether he could guarantee that Social Security checks would go out on August 3, the day after the government is supposed to reach its debt limit: “I cannot guarantee that those checks [he included veterans and the disabled, in addition to Social Security] go out on August 3rd if we haven’t resolved this issue.  Because there may simply not be the money in the coffers to do it.

There you have it.  The US government has spent the Social Security Trust funds.  Then they tapped into Federal employee pension funds.

Now the same government has been using the recent recession and the current financial crisis in Europe to “prove to you” that they can make your retirement plan safer than you can by investing it in government bonds.  “It’s for your own good”.

That is not far-fetched and this is no new phenomenon. Hungary, Poland, Bulgaria, Ireland and France – have taken over their citizens’ private pension money to make up deficits and budget shortfalls. There are battles raging over this in Britain, Canada and Greece to mention a few right now.

I am so concerned that the attack on private pensions will grow after November 2012 that I created a special workshop on “How to Invest Private Pensions in Precious Metals, Real Estate and Structures Abroad” for our February 2012 Quantum Thinking + Investing and Business course in Mt. Dora, Florida.

We recorded this workshop on how to invest private pensions and IRAS in ways that will protect against the government’s pension protection plan.

This recording is available in an MP3 file with a Power Point presentation for $49.

Rather than take your time describing the workshop… we simply remind you of our no fuss… absolute satisfaction  guarantee. Order the workshop. Listen and see. If not totally satisfied, just let us know and we’ll give you an immediate, full refund. 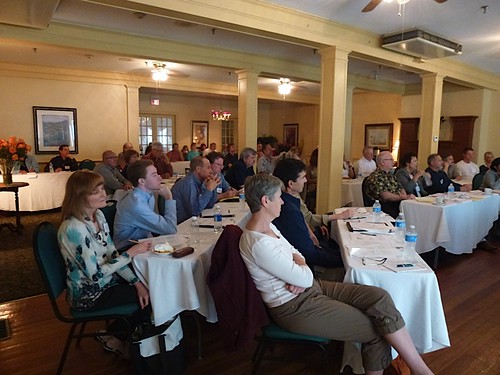 The pension workshop was recorded live at this seminar in February 2012. The Power Point presentation is included with the MP3 file.