Here is an Ecuador safety tip that a reader from Florida recently sent me. 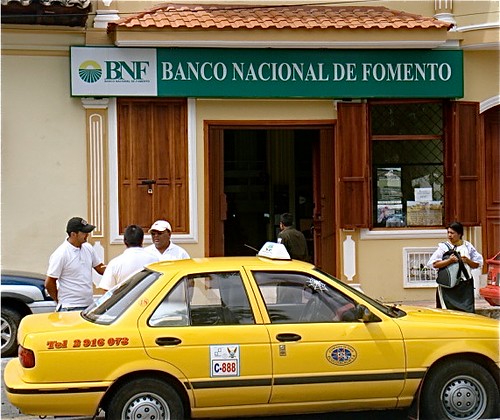 Most Ecuador taxis are safe and the drivers helpful… but they probably do not speak English and the safety tip below is helpful with taxis anywhere in the world.

I recently returned from Cuenca, where we own a condo (across from the Oro Verde).  I had an experience while there which you/others may want to know.

It was 9 P.M., and I was returning home after dinner with friends.  The cabbie (older man) was confused due to road construction and let me off at a Super-Maxi near my condo, rather than at the condo itself.   While walking the remaining 1/2 mile home, a car pulled up, and I was jumped by two men.  They took my money clip, cell phone and apt. keys.  I wouldn’t give them my wallet with credit cards, so received a punch in the eye as a parting gesture.

When I reached the condo, the Ecuadorians in the lobby were absolutely furious when they found out what had happened.  They even wanted to go looking for the muggers (who were long-gone)!  We had to unscrew the door frame to the apt. to get in.  This is being repaired now, and new locks are to be installed.

I guess the useful information to come from this is

1.  Incidents like this can occur and at fairly reasonable hours too (9 P.M.)

2.  People need to be alert for cars on the street.

3.  Older cabbies are to be avoided if possible (I had just been warned of this that very day!)

4.  The Ecuadorians felt that the muggers were Colombian.  They said Ecuadorians didn’t do violent things like this (and I tend to believe them).

Feel free to forward this to anyone whom you think might benefit.  (I didn’t contact the police, because it was late at night, I had to leave early the next morning and couldn’t have identified anyone anyway.)

I replied:  Thanks. I’ll share this as it fits our experiences in Ecuador. I have written similar messages before but it is good to remind readers.

One tip, next time give them the credit card.  That would be better than a lost eye or something.  You need both your eyes so you can remain a good reader of our website!

I once did a similar thing when a robber who broke into my home in Naples. I attacked with a paint brush. I just ran on adrenaline rather than good sense.  Afterwords I realized I could have been really hurt and may have hurt the robber also. None of that was worth any of the material things he had grabbed. 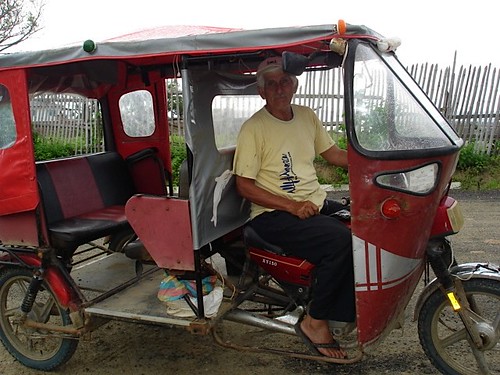 Local San Clemente Ecuador beach taxi. Would you expect him to speak English?

Here is another safety tip in Ecuador or any Spanish speaking country.  Most taxi drivers in Latin countries do not speak English.  Be able to communicate!  Knowing how to communicate in a lingua franca such as we teach in Super Thinking + Spanish course can help you get where you want to go and avoid trouble wherever you go in Spanish, Italian or Portuguese speaking countries.