Perpetual Prosperity with the Ps 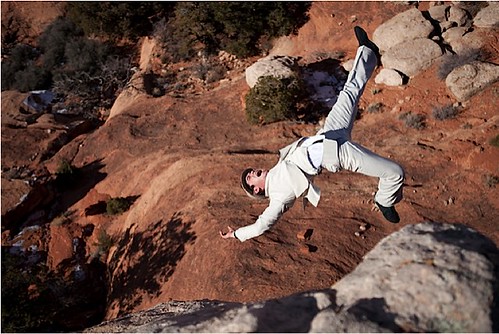 Is this man in the market for a parachute?  He probably would buy, but can you sell one to him?

I was thinking about this when a  reader recently sent this note.

Gary, I’m wondering how do I know if there is a market for an eBook?  Can I go online and get a company to conduct a survey if I don’t have a huge following on Twitter of Facebook?  I’m considering writing a couple of eBooks and buying your Self Publishing course if there is a market large enough to sell to. Thanks for any advice or insight you may be able to offer.

My reply hopefully can help you gain Permanent Prosperity: Thanks for asking. This is of course always the first of three vital questions.

First, ask yourself, “Why are you writing?”

Author and entrepreneur James Altucher wrote in his article “Why Every Entrepreneur Should Self-Publish a Book” (bolds are mine):   I’ve published eight books in the past seven years, five with traditional publishers (Wiley, Penguin, HarperCollins), one comic book,  and the last two I’ve self-published. In this post I give the specific details of all of my sales numbers and advances with the traditional publishers. Although the jury is still out on my self-published books, “How to be the Luckiest Man Alive” and ”I Was Blind But Now I See”  I can tell you these two have already sold more than my five books with traditional publishers, combined.

If you, the entrepreneur, self-publish a book you will stand out, you will make more money, you will kick your competitors right in the XX, and you will look amazingly cool at cocktail parties.

But don’t believe me, it costs you nothing and almost no time to try it yourself.

In other words, before asking about a market… first ask the question do I really need a market before I begin writing?

Some writer’s use a book as a marketing tool.  Others write it just because they want to write.  The heck with the market.  Such books by the way are often the ones that turn out to sell the most.

Only once you are absolutely sure that selling the book for a monetary profit is your main concern should this question  “Is there a market?” really rock.

The answer is… “There is always a market”.  Your mom and dad at least… brothers and sisters… friends?

A better question is:  How big is the market and can I reach it… on a profitable basis?  You’ll not get rich offering parachutes to those who have already fallen off high cliffs. 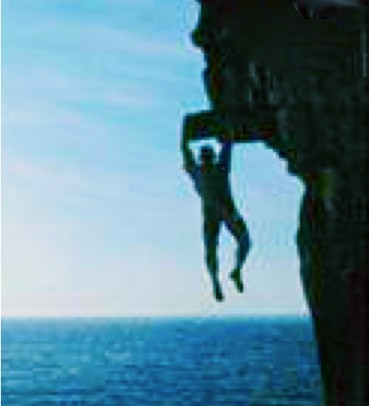 A better Parachute Prospect Perhaps?  But still can you reach him on a Profitable basis?

Take for example my report “Seven Steps to Protect-Against-Radiation-Poisoning” as an example.

I wrote the book because the path Merri and I took to recover from radiation exposure had a profound effect on our lives.  I wanted to examine how a disaster like Chernobyl actually help us become healthier, happier and more fulfilled.  I wrote it without thinking about the monetary end.

Once this was done, polished and sitting on my shelf,  I began to ask “Is there a market for a book on how to deal with radiation poisoning?”   So few of our readers were affected by Chernobyl.

I knew there was some market,  but questioned whether it was large enough to warrant a marketing effort.   I was also concerned about finding profitable avenues to reach potential readers.

So the report languished on my shelf.  That was just fine.  Writing it helped me understand myself more.

Then a tsunami hit Japan and subsequent nuclear events changed everything for that report.   The awareness about radiation risk. The market grew and became focused enough to reach. The public press became an awesome marketing tool… for me… free.

Yet because Merri’s and my radiation exposure was quite unique for North Americans there was not a lot of competition from similar publications.

I had that report finished within three days of the Japanese nuclear problems and also published at Amazon.com for Kindle readers. See it here.

Sometimes it is good to write a book ahead of the market. 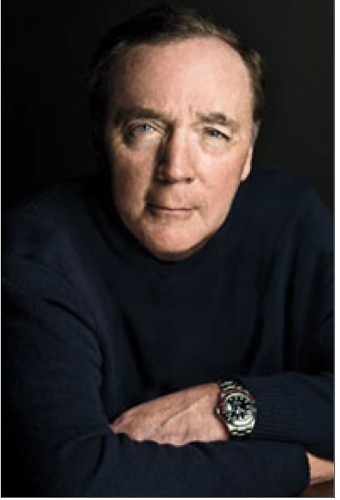 This is why James Patterson is perhaps the most successful writer of all.  He was first in copy writing and market research.

In January, 2010, The New York Times Magazine featured James Patterson on its cover and hailed him as having “transformed book publishing.” Time magazine named him “The Man Who Can’t Miss,” and he is a two-time Children’s Choice Book Award “Author of the Year” nominee, a designation decided on by more than 15,000 children and teen readers.

He grew up in a small town and dreamed of being a writer, but he didn’t find it necessary to starve along the way so started a career in advertising and worked his way to becoming CEO of the advertising agency J. Walter Thompson. But he wrote as well.  He stayed in advertising until the 1990s and then his first novel, The Thomas Berryman Number, in 1977 won an Edgar Award, but wasn’t a big commercial success.  His evolution into James Patterson, The Man Who Only Writes Best Sellers, was yet to come.

Many people scoff at Patterson’s work.  Stephen King has dismissed Patterson’s bibliography as made up of dopey thrillers, and called him a terrible writer.  When Patterson was asked , “What do you say to critics like author Stephen King who say you’re not a great prose stylist?” Patterson responded, “I am not a great prose stylist. I’m a storyteller. There are thousands of people who don’t like what I do. Fortunately, there are millions who do.”

Patterson did not have a market to start. He built one… many actually!

Most of us do not have the time, energy, inclination, background or whatever to become CEO of an advertising agency so we can figure out markets from our books.

Merri and I instead have always used the Golden Rule of Simplicity… follow our heart.  In short if we like something others will also and our desire is the clue that a market exists.

Often there is not a specific market for products we offer. We have to make one. For example I have been writing about investing in North Korea. Not many people are ready for that so we have to develop a market over time drawing from the market of people who want… adventure… capital gains… income… humanitarian results from their money… etc.

Our publishing course looks at the 7 Ps of publishing.

To determine the size of the market… look at the problem and the people who have the problem.  That is your market.   The publication then needs to be molded to solve those people’s problem.

For example I know that readers have the problem of investing money. They want safety and profit.  I also know that they could gain safety and profit selling Swiss francs short.  However the normal process of speculating against Swiss francs required a large amount of money and had a high short term risk so I researched stock markets around the world looking for a safer solution that even the smallest investor could use without great leverage and short term risk.   Then I wrote the report.  The molding expanded the market.

Previously my solution only applied to wealthy investors.  My research expanded this market and allowed me to offer something that most investment advisers would not be bothered with.

There is always a market for any publication.  The key to success in publishing is… after you know why you are writing… to know how to figure where that market can be reached and how to make the Product fit the Person with the Problem on a Profitable basis.

Our publishing course goes into the key to this formula which is how to figure out the Prospecting Pathway as this will determine the Promise required to attract attention and the Presentation needed to lead to the sale of the Product.

Learn about our online Self Publisher Writer’s Course

Join us for our Publisher Writer’s Camp, this summer in the High Country of North Carolina.